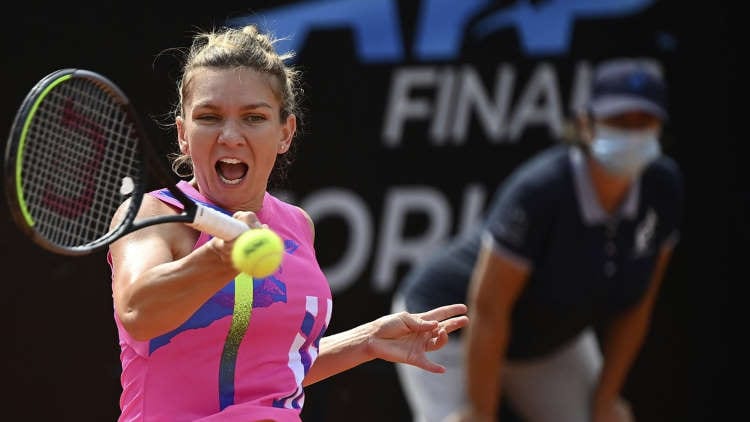 We have expert betting predictions for the 2020 Women’s French Open Tennis, which starts on the 27th in Paris.

US Open champion Naomi Osaka pulled out of the tournament, so it’s now wide-open and punters are getting great value odds.

We look at the best betting opportunities for punters on the clay courts.

Simona Halep targets the clay season and she is the deserving $4.50 favourite. She is the only player at single-figure odds and her form coming into the 2020 French Open is good.

The former #1 didn’t play at the US Open, and instead focused on the clay-court season, which could pay off.

She won the Prague Open when beating Elise Mertens in the final in straight sets. That form has since been franked and her play at the Italian Open is just as good.

Halep hasn’t lost a match since losing in the semi-final at the Australian Open in January. That is some form guide, which includes a win at the Dubai Tennis Championships in February.

Punters are getting fair odds and we are expecting Halep to go all the way this year.

It has been a strange and unfruitful season for Elina Svitolina, but the Ukrainian has a chance to improve at the French Open.

She was knocked out in the quarter-final at the Italian Open, but it was her first tournament since March, when she won the Monterry Open against a much easier field.

It should give her confidence going forward and although punters have been frustrated by her in the past, she is still improving as a tennis player.

Punters are getting good odds given the risk, and the $13 should be taken as a saver.

Victoria Azarenka is coming off a US Open final loss to Naomi Osaka, but the clay surface could give her a winning edge.

Not only did she return to form in fine style, but she has continued that form at the Italian Open. She defeated #3 seed Sofia Kenin 6-0 6-0, in an incredible outing.

If she brings that form to the French Open, we’re not sure if there is any player than can match up.

Bookmakers have her very loose in the market at $13, but we are expecting big bets to be placed on the Belarussian.

She could firm into a single-figure quote as the tournament approaches.

We look at three players worth following in the tournament, and they could all provide punters with value. Following these three players should net a positive outcome, as they are all high-quality players and bookmakers should have generous odds in their head-to-head matches.

Madison Keys: The American is often disappointed in the later stages of the tournament, but she has the ability to win. She just needs to keep her focus throughout the match and not get a negative mindset. A Grand Slam title is well within her reach and the $23 is reflective of her ability. Punters should be able to get good odds throughout the French Open.

Belinda Bencic: The Swiss player has a career-high ranking of #4 and although yet to win a major tournament, she is improving. Bencic has been a player to watch for many years now, and although her form at the Italian Open wasn’t great, she hadn’t played since February. With that tournament under her belt, expect a more consistent French Open performance.

Amanda Anisimova: The teenager has had a rough year on and off the court, but she has ability and punters often get good odds. The American lost her father earlier this year, so she has had plenty to deal with. However, we should start to see her performance improve on the court. She has plenty of heart and because she’s only 19, she has massive room for improvement. Bookmakers have Anisimova at $34 to win the tournament.