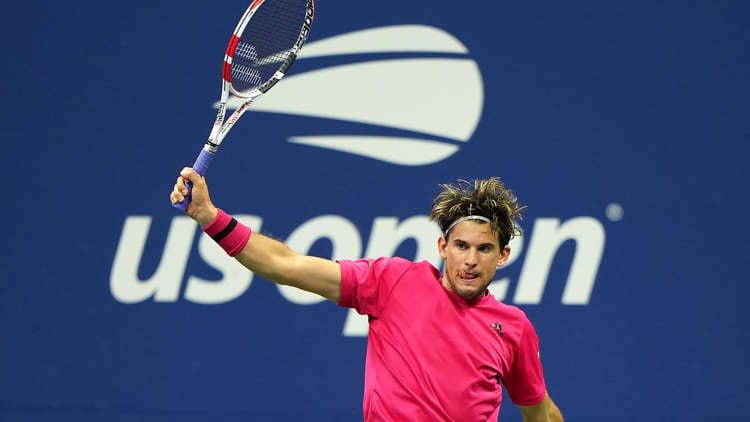 We have expert betting predictions for the US Open Men’s Tennis Final between Dominic Thiem and Alex Zverev, which is played this Monday.

Two top-10 players do battle for the 2020 US Open, and we look at the match preview and the best betting opportunities for punters.

Alex Zverev had to call upon his champion qualities in his semi-final game against Pablo Carreno-Busta. The German was 2-0 down, but rallied back to take it in a three-set thriller.

It was easily the hardest test he has had to date at the US Open, and it could give him enough momentum to take out the final. However, the win could come at a cost.

Playing a tough five-set match can take its toll physically, especially against a player that doesn’t give up many easy points.

Zverev spent over three hours on the court, but in comparison to Dominic Thiem’s semi-final, there wasn’t much difference in court time.

Thiem scored a 3-0 win over the then US Open favourite Daniil Medvedev, but he spent just under three hours the court. Most of the sets were highly competitive and they weren’t won easily by Thiem.

The first set was won 6-2, but the last two sets of the match were tie-breaks. Despite appearing to have the easier semi-final game, Thiem was made to work and he will be feeling the pinch as well.

Thiem looked the more impressive player on Saturday. He was able to soak up the pressure by Medvedev and use it against the Russian, which could be the same tactic used against Zverev on Monday morning.

It was the third consecutive straight sets victory for Thiem, who was able to beat Alex De Minaur and Auger-Aliassime with ease.

Thiem is the higher-ranked player and he has scored three consecutive victories over Alex Zverev over the last three years.

The last time they met was at the Australian Open, where Thiem scored a 3-1 victory. Two of those three sets were won in tie breaks, so there wasn’t much between them.

If Zverev is going to get the better of Thiem, he will need to find some pace on his forehand. He has the ability to hit powerful winners, but Thiem is such a great defensive player.

This game will be won in the trenches, and defense could be the determining factor.

Bookmakers have installed Dominic Thiem as the overwhelming favourite, and that doesn’t come as a surprise.

He has been the better player throughout the tournament, and his relaxed attitude could give him the edge over the highly-strung Alex Zverev.

The $1.20 odds for Thiem to win are short, but they can be added into a multi-bet for value. However, we are looking at the exotic markets to find the best value.

Dominic Thiem could win the final in straight sets, and although a straight sets win in a US Open Men’s Final isn’t common, we like the chances.

Thiem could dominate from the outset and apply the ultimate pressure on Zverev. If Thiem wins the opening set, he could mentally frustrate the German.

Bookmakers are paying $2.37 for a 3-0 Thiem win, so there are high expectations for the Austrian. That is where the value is, so take Thiem 3-0 for a better price.

We also think Thiem will win the opening set easily, so there is value with the 6-3 score line. Punters get $5.50 for this option, and although you need some luck, it’s worth backing.