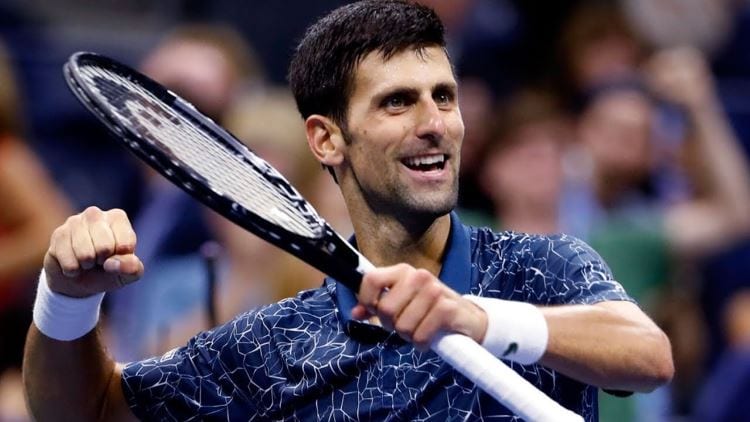 We have expert betting predictions for the 2020 Men’s US Open tennis, which starts on September 1.

It takes a different shape this year as only one of the ‘Big Three’ are playing. Roger Federer and Rafael Nadal won’t be in attendance at Flushing Meadows, which leaves Novak Djokovic as the firm favourite.

Can the Serbian win his 18th Grand Slam? Or is this an excellent chance for one of the contenders to get their hands on the trophy?

We can’t go past Novak Djokovic and with good reason. Not only is he the class player in the tournament with 17 Grand Slam victories, but he is in fine form.

He has won all 21 matches played this season and although this season has been interrupted, why would you back against him?

He loves playing at the US Open, with three tournament victories (2011, 2015, 2018), and he has been dismantling good players at the recent Cincinnati Open.

Djokovic is one of the fittest players on the ATP Tour and that will serve him well in this tournament. Many players don’t have much tennis in their legs, but he is getting a good workout this week.

The Russian pro is coming off a quarter-final loss to Roberto Bautista-Agut at the Cincinnati Masters, but the fitness will do him some good.

He showed his class last year and although we don’t have much form to go on, his class should remain permanent. He owns seven ATP titles and two Masters 1000 wins, which should see him make a deep run.

His best finish at the US Open was last year where he lost in the final to Rafael Nadal. It was a five-set thriller and the 24-year-oold gained praise for his performance.

He was 0-2 down but battled back to push Nadal to his brink. That performance should give him confidence coming into next week’s tournament.

Bookmakers have Medvedev on the second line of betting at $6 and that is good value.

Milos Raonic is a bit of an enigma but the big-serving Canadian could finally get the job done when it counts.

The 2016 Wimbledon finalist has yet to make it past the fourth round at the US Open, but he doesn’t get many better chances. With Nadal and Federer out, he gets a more favourable draw in the latter stages.

He got to world No. 3 in 2016 and if he can get back to that form, he’s worth a shot. His form leading into the tournament is good, with a strong showing at the Cincinnati Masters.

Confidence is key with Raonic and the $21 is worth the risk for punters.

US Open Men’s Tennis Ones to Watch

We often see unheralded players make deep runs at the US Open. Therefore, the following three players are worth following in head-to-head markets.

Alex de Minaur: The Australian star has yet to make it past the second round at the US Open, but that was his best performance at a Grand Slam. Despite being a quality player, he struggles in the big moments, but he is only 21 and deserves attention. He could pay value odds with bookmakers in the first few rounds.

Andy Murray: We don’t need to explain how classy Andy Murray is, and his form coming into this tournament is solid. He lost to Milos Raonic in Cincinnati but he defeated Alex Zverev and Frances Tiafoe on his way to the round of 16. He is in the process of battling back from injury, but he is worth sticking with.

Grigor Dimitrov: Back Grigor Dimitrov at your own peril, but the former world No. 3 is capable of producing an upset. He has made the semifinals at Wimbledon, Australian Open, and the US open. His US open finish came last year, but despite that, he is paying $101 to win in 2020. The Bulgarian is wild but when he puts it all together, watch out!