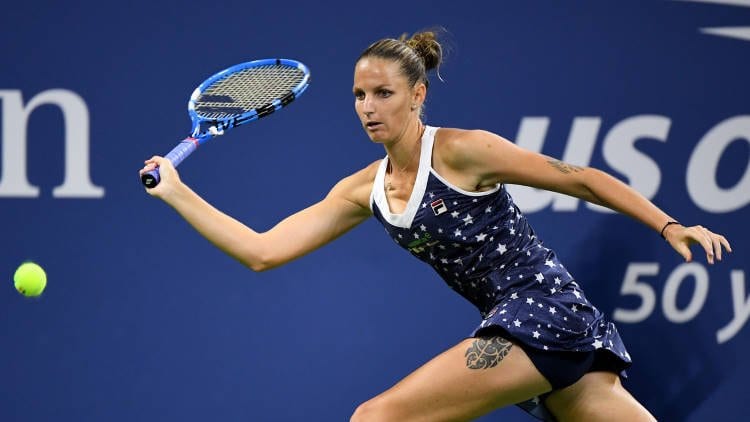 We have expert betting predictions for the 2020 Ladies US Open Tennis, which starts on Tuesday at Flushing Meadows.

Much like the men’s draw, the ladies’ field has been decimated by players not wanting to front up. Australia’s own Ashleigh Barty decided to pull out; as did Simona Halep and Elina Svitolina.

However, we still have the likes of Serena Williams, Naomi Osaka, and many more capable players looking to win a wide-open tournament.

We aren’t overlooking the chances of Osaka and Williams, who head the market, but Karolina Pliskova represents better value.

The Czech is coming off a disappointing tournament at the Cincinnati Masters, where was beaten in the round of 32 as the top seed. However, she made the final here in 2016, so that experience holds her in good stead.

She also made the semifinals at the Australian Open, French Open, and at the 2019 Tour Finals. The world No.3 is capable of scoring a minor upset and the odds are worth locking in.

Bookmakers have her on the third line of betting at $9 and those odds in a wide-open contest is good shopping.

There used to be plenty of hype surrounding Madison Keys, especially to win her home tournament.

However, those expectations have dampened a touch as her form dipped significantly in 2019 and 2020. Despite her drop in form, she has experience when the pressure goes on and that bodes well.

She made the 2017 US Open final when losing to Sloane Stephens and although that was a shock loss, she didn’t let it get her down.

Now, with the expectations off her shoulders, she could learn to relax. Keys has a tendency to play uptight, but there shouldn’t be any pressure on her shoulders next week.

Take the $23 on offer from bookmakers, as those odds will shorten significantly throughout the tournament.

The 32-year-old could be the forgotten player this week and punters are $51 for the German to win.

She is eighth on the all-time money list and although she’s not getting any younger, she has a winning record this season.

Kerber is also a three-time Grand Slam winner, including the 2016 US Open. Having experience winning this tournament is key and she deserves more respect than she’s currently getting.

If she can stay injury-free throughout this tournament, punters could get value odds in the head-to-head market. However, we suggest just backing her at $51 and letting it ride.

2020 Women’s US Open Tennis Ones to Watch

The ladies draw is always open to upset results and the following three women could cause havoc to bookmakers this year.

Petra Martic: The 29-year-old Croatian isn’t new to the circuit by any means, but she has a solid record and could get through to the third or fourth round. Her career singles record is 345-238, so she’s solid and she reached the fourth round at the US Open last year. Martic shouldn’t be overlooked and stranger things have happened.

Kristina Mladenovic: “Kiki” has only one career title to her name, but she regularly makes a deep run in the big tournaments. The French 27-year-old made the quarterfinals at the 2015 US Open and also at the 2017 French Open. Despite being on tour for years, she still hasn’t reached her peak. 2020 could be a different year and given her tournament winner odds of $101, she is worth a small wager.

Eugenie Bouchard: The Canadian star hasn’t been the same since she hit her head in a freak accident. Off-court enterprises could have also contributed to her dip in form, but she was once competing at a high level and she could get back to that form. Even though she’s paying $251 to win the tournament, she is a value player. She has a Wimbledon final to her name, and also semifinal defeats at the Australian and French Open. The class is there; she just needs to recapture it.