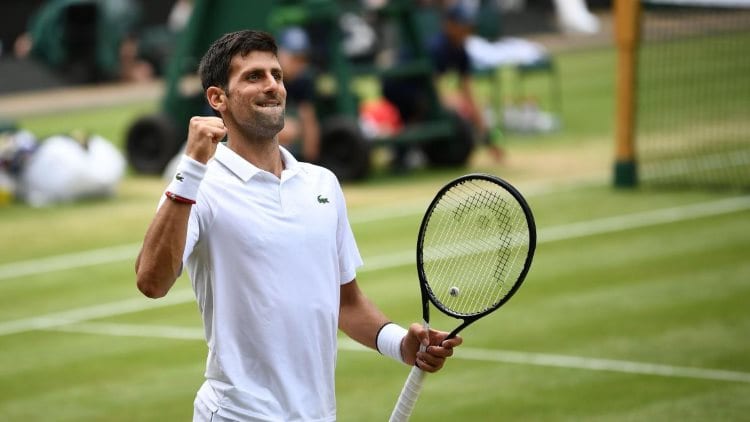 We have expert predictions for the two men’s semifinal matches at Wimbledon 2019, which are being played on Friday night.

It’s going to be a wild night on the grass courts at Wimbledon and we’ve found our best value bets for the men’s semifinals.

Djokovic is the top seed for Wimbledon 2019 and he’s going to reap the benefits of that. Whilst Nadal and Federer battle in their semifinal, he takes on #23-ranked Robert Bautista Agut.

The Spaniard is a fine player in this own right and he looks good winning in four sets against Guido Pella, but he’s certainly no Djokovic.

Novak came through his semifinal game against David Goffin without breaking a sweat. The convincing 6-4 6-0 6-2 win cemented his tournament favouritism and now he’s the overwhelming favourite to win on Friday night.

He’s playing simply superb tennis during this tournament and he’s helped by Bautista Agut playing a similar style. When Djokovic has been beaten in Grand Slams, it’s typically against players that adopt a different style of play.

Bautista Agut plays similarly to Novak and that’s going to play right into his hands.

There’s little value betting the $1.08 in the head-to-head market, unless you’re looking to boost your multi-bet payouts. However, we’re going to look for a little more value.

Djokovic is currently paying $1.65 to win 3-0 and there’s some good value in that. The games handicap is set at –7.5 and that would require Novak to win in the region of 6-3 6-3 6-4 – which is entirely doable and we’re confident he can cover the spread.

Straight off the bat, we’re a little surprised to see Wimbledon King Roger Federer the underdog for this game.

He might have dropped the first set to Kei Nishikori in his quarterfinal, but he rebounded with a 6-1 second set to take back the advantage and go on to win in four sets.

He’s the master at Wimbledon and although Rafael Nadal is a man coming off a French Open win, Federer knows how to win more consistently on this surface.

Nadal, who is riding a lengthy winning streak, scored an easy win over Sam Querrey in his quarterfinal match. That was the expected outcome and we’re confident Nishikori would comfortably beat Querrey if those two played each other.

There’s no doubting that this is going to be not only a close game, but probably the best game played so far at Wimbledon 2019. Nadal and Federer have a long history and Nadal actually has a good record when playing Federer.

However, whilst Nadal might be the King of Clay, Federer has the advantage on the grass. That’s going to play in his favour and he’ll have most of the crowd on his side. Either way, this is going to be the game of the tournament.

We’re always happy to take Federer at better than even money, especially at Wimbledon. That’s a price that could drop closer to game time and we’ll lock in the value.

Take the $2.05 for the greatest player of all time.