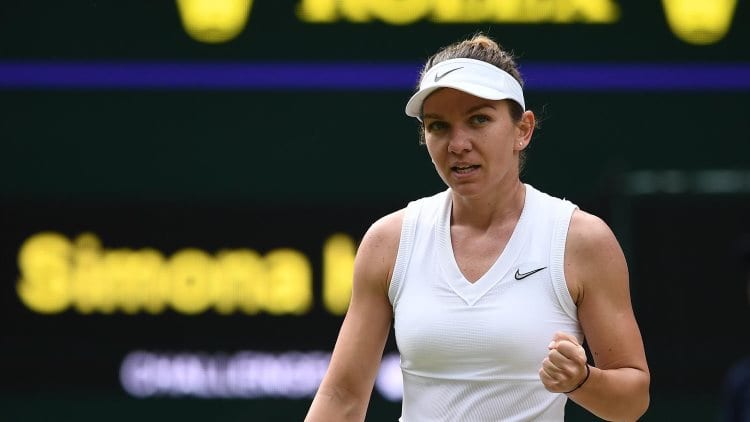 We have expert predictions for all four women’s quarter-final matches at Wimbledon 2019, which starts nice and early at 12am with Alison Riske vs. Serena Williams.

There are no top-seeded players left in the women’s draw, with Australia’s Ash Barty falling in the fourth round. However, there’s good value on offer for punters and we’re excited about the action.

It’s strange to see Serena Williams ranked #11 for this tournament and she’s certainly playing better than that ranking suggests.

She didn’t have any problems dispatching Spaniard Carla Suarez in straight sets on Monday and she has the significant experience advantage over Alison Riske.

The fellow American battled back from being a set down against Ash Barty, who was full of confidence following her French Open success. However, Barty isn’t suited by the grass surface, so Riske’s win might have looked better than it was.

Bookmakers have Williams as the $1.27 favourite and there’s not much value in that. We’re looking at the 2-0 sets bet for Williams, which pays out $1.74 at Sportsbet.

Williams is not at her very best, but even her b-game is typically enough to beat players like Alison Riske.

Former World #1 Simona Halep is no stranger to playing in Grand Slam quarter finals. The Romanian ended the fairytale run of Coco Gauff with a 6-3 6-3 win in the fourth round.

That was a good effort from Halep, who was playing against the vast majority of the crowd. Her powerful ground strokes were too much for the American and they could be too powerful for Shuai Zhang here.

Zhang scored a three-set win over Dayana Yastremska, winning the final set convincingly 6-2. The negative from that game was her second set, where she scored only one game. That kind of performance against someone like Halep won’t be good enough.

She might be small of stature but Simona Halep packs a serious punch and we’re confident she’ll roll through to the semifinals and potentially win Wimbledon 2019.

Elina Svitolina is a highly-ranked player who continually makes the finals but is never able to fully capitalise on her talent. That could change at Wimbledon this year as the Ukrainian player has looked good to date.

She scored a 6-4 6-2 win over Petra Martic in the fourth round and she was never really tested in that game. The commanding second set should have sent a signal to Muchova that she shouldn’t be underestimated.

Confidence isn’t something Karolina Muchova will be lacking either. She outlasted Karolina Pliskova in three sets, with the final set being won 13-11.

The only negative to take from that game is the quick turnaround and her fatigue. Playing a total of 46 games in her fourth-round game is going to take plenty out of her tank. How she responses to that intensity in this game will be interesting.

Svitolina has a great chance to make the semis here and her head-to-head odds are good enough to take.

Johanna Konta will have the home crowd on her side and she looks to silence Barbora Strykova, who wasn’t expected to reach this stage of the tournament.

Strykova scored an upset win over Elise Mertens in the fourth round. She was behind after one set but came back to win the following two 7-5 6-2. It was a statement win from the Czech, who hasn’t really shown much in Grand Slams in the past.

Standing in her way of a semi-final berth is the likable Johanna Konta. The Brit defeated the always-tough Petra Kvitova in three sets on Monday and that’s going to give her plenty of confidence.

Konta is a player who has been here before and bookmakers have given her the edge in betting. She’s a $1.39 chance but there’s little value in that play. This should be a close game so we’re going with the total sets to be over 2.5.