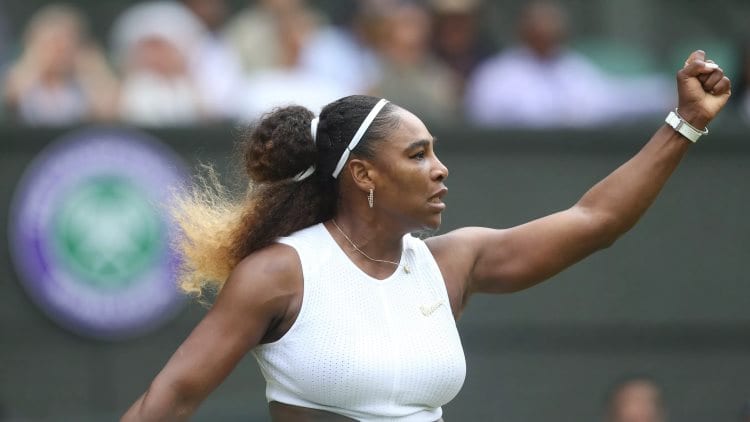 We have expert predictions for the two women’s semifinal matches at Wimbledon 2019, which are being played on Thursday night.

Serena Williams takes on Barbora Strycova and Elina Svitolina takes on Simona Halep. Both games are expected to be good games, but in particular the Svitolina vs. Halep battle.

Our Wimbledon semifinal predictions look at the best value for both tennis games.

It’s clear that Serena Williams is past her best, but she battled well to win her quarterfinal game against Alison Riske.

There wasn’t much risk that Williams would lose that game as the dominating favourite, but after dropping the second set 4-6, there were some concerning signs. However, in true Williams fashion, she battled back and took the third.

Confidence is an issue plaguing her game at the moment and her opponent Barbora Strycova will have loads of confidence. She breezed past local hope Johanna Konta in straight sets and signalled herself as an upset chance.

The 7-6 6-1 victory was made even better by the fact she was behind 1-4 in the opening set. She played mistake-free tennis and that could trouble Serena, who likes to hit winner after winner.

Strycova has yet to face this kind of pressure, however, so Williams definitely has the edge in that aspect. Lower-ranked opponents typically falter when playing Williams on the big stage.

Bookmakers have Serena Williams as the $1.26 favourite. That was to be expected but there could be some value with Strycova. She’s currently $3.75 to win and $2.02 to win a set.

She could grab a set off Williams and the odds on offer are worth the risk.

This is a mouthwatering clash between two players who are ranked in the top 10. Elina Svitolina (#8) has been playing good tennis for a few years now but keeps falling at the final hurdle.

She has a great chance to make the Wimbledon Final and she only needs to get through Simona Halep, who isn’t playing on her favourite surface.

Svitolina is a modern version of Maria Sharapova; she likes to hit big ground strokes and doesn’t possess much of a drop-shot game. Halep, on the other hand, is a smaller player who mixes up her game to good effect.

This could be a matchup of styles and it’s tough to predict. Svitolina came through her quarterfinal against Karolina Muchova in straight sets, but she wasn’t entirely comfortable throughout. The 7-5 6-4 win was a closely-fought contest for most of the game.

Simona Halep also struggled in her first set against Shuai Zhang, winning in a tie-break. She was more like herself in the final set when romping with a 6-1 win.

That will give her good momentum coming into this and she has experience winning at the highest level.

Bookmakers have Halep as the $1.43 favourite, but that’s slightly too short in our opinion. We would have framed this game at $1.87 a piece and for that reason, we’re taking the value.

Svitolina has more game than a $2.78 chance here.