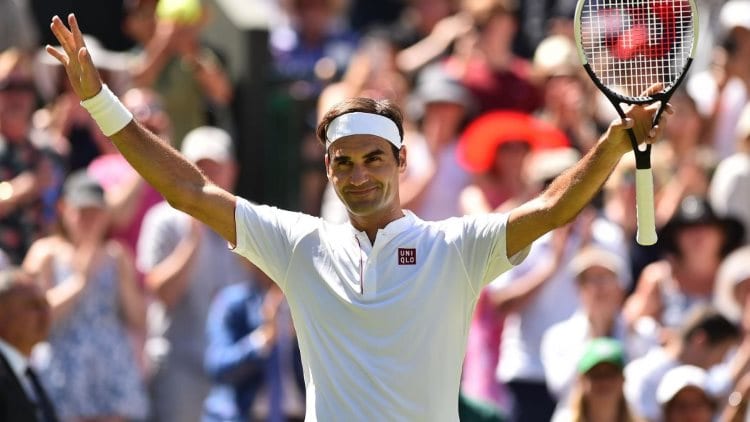 Wimbledon is one of four Grand Slams held throughout the year and the only one to feature a grass court.

The world’s best tennis players will be on show in England over the next two weeks and although crowd favourite Andy Murray has pulled out, the likes of Roger Federer, Novak Djokovic and Rafael Nadal will be enough for the crowd and punters alike to enjoy.

We have sorted through the big field to find our best tournament tips and value players.

Searching for his ninth Wimbledon Single’s Title, Roger Federer is our clear top pick to win the 2018 edition.

The Swiss master has dominated the grass courts of Wimbledon for many years and although he suffered a recent loss to an unseeded player, his confidence should be high of retaining his title.

That loss came to Borna Coric in the final of the Halle Open and Federer might have been guilty of taking things too easily. His road to the final consisted of taking on players that were unseeded for the tournament and he might have been caught by surprise.

His form prior included a win at the Stuttgart Open when beating Milos Raonic in straight sets in the final. It hasn’t all been smooth sailing, however, with a loss to Thanasi Kokkinakis at the Miami Open and a loss to Juan Martin Del Potro at Indian Wells.

This is his favourite surface however and he’s the worth $2.75 favourite – BET NOW

It has been a long road back for the former world #1 but Novak Djokovic is getting back to his best form gradually.

The Serbian player lost in the final of the Queen’s Club Championship to Marin Cilic ($6.50) after taking out the first set and losing the next two, but he will take plenty of encouragement from that performance and he’s a solid pick for the 2018 Wimbledon tournament.

Being ranked #17 could pose problems as he will face a tougher opponent earlier than the likes of Federer and Nadal, but he’s capable of beating anyone on his day and many believe he’s in prime condition to make a deep run.

Gone are the days where Djokovic would start as a $2 favourite to win Grand Slam events but we’ll happily take the $6.50 on offer for the enigmatic champion – BET NOW

The understated Juan Martin Del Potro is currently the fourth best player in the world and no one is talking about his chances of winning.

The rangy Argentine has had an injury-ravaged career to date and hasn’t played since losing to Rafael Nadal in the French Open semi-final, but that’s expected on the clay surfaces.

His ability to hit big forehands should help his chances on the grass courts of Wimbledon and he has always been capable of pulling off an upset win.

Gregor Dimitrov faces Stan Wawrinka in the first round but both players are heading in different directions this season.

He’s currently overpriced given his talent and although that hasn’t resulted in Grand Slam success, it’s only a matter of time.

He’s a good value chance at those odds and he should at least reach the quarter-finals with relative ease.

A wide-open field has been presented for the 2018 Women’s Wimbledon this year and there’s great value on offer for punters.

Two players are currently quoted at single-figure odds and there’s a host of high-quality players looking to join the long list of champion winners.

We have sorted through the big field to find our best tournament tips and value players.

Doubting the class of Serena Williams is a big mistake and despite a season that has featured pregnancy and injury concerns, she’s our top pick for Wimbledon this year.

The 23-time Grand Slam winner is a record-setter in every fashion and although she will need to be at full health to win this week, we’re not doubting her ability to muster enough to win.

The women’s ranks are typically wide open and with Petra Kvitova the favourite at $5.50, Serena is obvious value at $7 on the second line of betting – BET NOW

If she was fully fit, Williams would be odds-on to win Wimbledon and we’ll take the risk this year.

Angelique Kerber comes into Wimbledon having lost in the semi-final to Caroline Wozniacki at the Eastbourne Invitational and that’s strong form.

The former world #1 typically plays well on grass and her record at Wimbledon is good enough to consider her as a pick at $12. Bookmakers are offering great value odds for the German and considering she’s 12th all-time for money earned on tour, that’s not a bad betting pick.

Caroline Wozniacki is a confidence player and now that she has won a Grand Slam, she could win a few more throughout her career.

The Danish 27-year-old has a stack of WTA titles to her name, including one at Eastbourne last week and having that winning experience on grass is going to make her tough to beat.

She doesn’t possess a powerful ground stroke or a good serve, but she continuously gets the ball back over the net and that can frustrate her opponents.

That style of play has become the normal since Serena left the game and players like Wozniacki have benefitted from it. She will go deep into this tournament and given her form, $21 on offer at Sportsbet is a price that should drop dramatically as the tournament progresses – BET NOW

Elina Svitlona might not be well-known as a tennis superstar but the 23-year-old is making good strides to becoming a Grand Slam champion.

She is a gutsy player that has plenty of upside and youth on her side. Expect Svitolina to become one of the household names in women’s tennis soon enough.