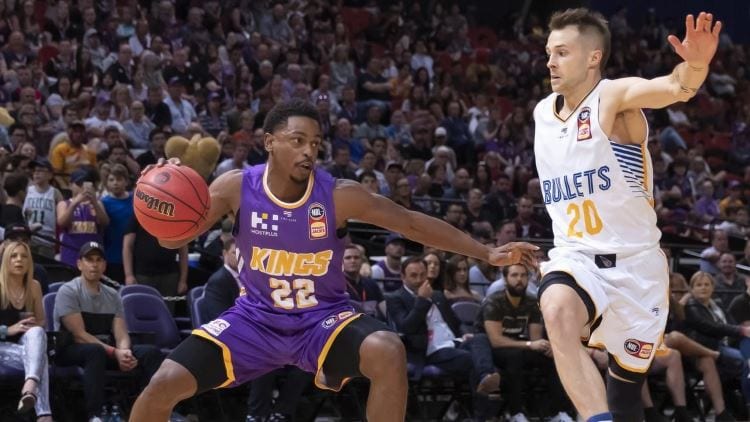 We have expert betting tips for all seven NBL Round 5 games this week.

Some teams have come out firing this season but there are many teams still trying to find their groove.

Week 5 will be an interesting round and we have our best bets for every game on the schedule.

It hasn’t been the start to 2019 that the Breakers were hoping for, but it has been mostly circumstantial.

With a record of 1-3, the New Zealand fans shouldn’t panic. They have been given a tough opening schedule and home court advantage helps this week.

They face an enigmatic Taipans team which has two wins and three losses, but those wins came against Perth and United.

Who knows what to expect from the Taipans? But this game is there for the taking for the Breakers.

The Bullets are reeling a little bit after suffering three consecutive losses coming into this game.

Brisbane looked good to start the season when scoring back-to-back wins, but problems are starting to arise.

Facing the Perth Wildcats this week isn’t going to help matters. They got back into form when winning last week and they’re travelling nicely at 4-1.

Home court advantage does help the Bullets but Perth has scoring ability across the court and they could put up a big number.

It’s a rematch for the all-Melbourne derby after the Phoenix were too good to open the season.

They have acclimatised to the NBL nicely with a 4-1 record, but the same can’t be said for Melbourne United.

They are struggling to find their rhythm with a 1-4 record and they’re coming off a loss to the Cairns Taipans.

Despite leading easily in that game, they capitulated in the fourth quarter, much to the dismay of favourite’ backers.

United is becoming healthier however, so don’t discount them just yet.

Our top pick to win the NBL season has started extremely well, with the Sydney Kings going 5-0.

They have started the best out of any team this season and with the roster they have, we don’t see them slowing down.

That being said, Adelaide is tough to beat at home and they were good enough to score three straight wins before losing last week.

Bookmakers have the Kings as the $1.50 favourite, which isn’t great value, but they should remain unbeaten following this game.

The Breakers travel to Southland for this home game against the Perth Wildcats.

It will be a good atmosphere in a city that doesn’t get to see a professional team very often. However, can the Breakers step up and win?

Perth have had their measure in recent seasons, but Perth will play two road games this week and that could play against them.

Breakers will enjoy playing both games at home and given the odds on offer, we’ll take the home team to take this one out.

Injuries have all but put an end to the season for the Illawarra Hawks, who will have to rely on rookie LaMelo Ball to do the heavy lifting.

That’s a lot of pressure to put on the young man, however, he plays with great confidence and disregard of the opposition.

It’s not the offensive end that we worry about for the Hawks. They are poor defensively and now it’s going to get even worse.

Brisbane should be able to capitalise on that this Sunday afternoon and bookmakers were quick to adjust the odds.

Round 5 will either put United back into contention or see them slip further down the NBL ladder.

They face the Phoenix earlier this week and conclude by taking on the Sydney Kings. This will be their hardest game to date and it’s hard to make a call before we see their prior performances in Round 5.

However, bookies are offering generous odds for Sydney and we’re happy to take the $2.20 on offer.

This could be the game of the round.