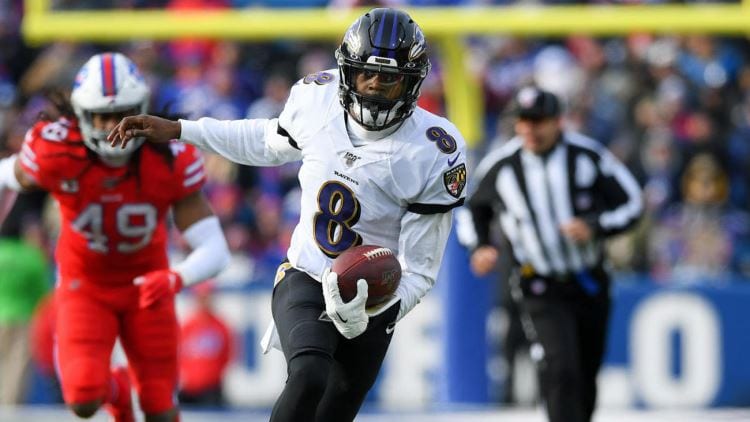 We have expert betting predictions for Week 15 of the 2020/2021 NFL season, which starts on Friday with the Chargers vs. Raiders.

Punters get plenty of great NFL games to bet on this week, including Patriots vs. Dolphins, Seattle vs. Washington and Chiefs vs. Saints.

The Raiders had a good chance to make a push for the playoffs last week, but they couldn’t get the better of the Colts.

They now have to take on the Chargers, who are capable of springing an upset. However, the Raiders are the better team and on home soil, they should be able to get the job done.

Bookmakers haven’t released a market yet, but expect the Raiders to be firm favourites.

They are now 10-3 and facing the 5-8 Broncos shouldn’t hold many fears. Josh Allen has been lighting up the field and we can’t see Denver’s suspect defense holding up.

We are confident of the Bills cover the bookmakers’ spread.

Green Bay continues to find ways to win and with a 10-3 record, they have secured a playoff position.

They might not need to play their best against Carolina on Sunday, but they will want to enter the playoffs with momentum.

Bookies have the Packers as firm favourites to win and we wouldn’t be backing against them.

It has been a mixed season for both teams but Tampa Bay are in a good position to launch a run.

They are 8-5 on the season and coming off a tidy win last week. Therefore, they should have too much firepower for the enigmatic Falcons.

Atlanta hasn’t played well at home and although they have the ability, they don’t often show it on a consistent basis.

Both teams are struggling this season and despite being in a poor division, their playoff chances are shot.

The 49ers had every chance to win last week but with a raft of injuries, they have struggled to field to same side every week.

Dallas is in the same boat but they have shown some improvement in recent weeks. They are 4-9 but could have easily been much better than that.

It will be a close contest between two teams needing a boost.

The Lions played the Packers tough last week and it wasn’t a pushover. They will need to play just as well against the Titans, who are capable of producing a big win.

Tennessee puts most of the heat on Derrick Henry, who has rushed for 1532 yards and scored 14 touchdowns in an already incredible season.

He could be the difference in this game, but don’t expect the Lions to roll over.

Indianapolis pulled away from the Raiders last week in what ended up being an impressive performance.

They now face the struggling Texans, who despite having serious talent, are sitting at 4-9 on the season.

We’re not sure what’s going on with Houston this year, but the Colts are firing and they should be too strong on Monday morning.

The Dolphins had a 10-0 lead over the Chiefs last week which was quickly wiped out. However, they made the game close in the dying stages.

It was a strong performance from Miami, who were outclassed, but they showed how improved they are this season.

New England has been off-and-on this year, so punters have been finding it hard to trust them.

The Beats and Vikings desperately need a win to have a chance of making the playoffs, so there is plenty to play for here.

Minnesota has looked good at times but they can’t find a way to win consecutive games. They have the ability to beat Chicago, who is coming off an impressive victory.

There won’t be much separating these teams on Monday, but we’ll go with the home side.

Washington is keeping their slim playoff chances alive and they have a chance to upset the Seattle Seahawks.

Seattle is a team that looked like Super Bowl contenders earlier this season, but anything like it in recent times. More consistent performances will be needed from them going forward.

We are sensing an upset on home soil for Washington.

Baltimore is coming off an incredible comeback win over the Browns and this game won’t be nearly as competitive.

They will have far too much class for the Jaguars, who look contempt to see out this season with only one win to their name.

If Lamar Jackson can get over his cramping issues, his offense could put up a big number this week.

The Jets are on track to have a winless season and we don’t fancy their chances of beating the Rams on Monday.

The Rams are 9-4 on the season and they will be too good for the Jets, who are clearly playing for the #1 draft pick next season.

Bookmakers have the Rams as firm favourites and they can cover the spread.

The Eagles pulled off an upset last week with a new quarterback and they could continue that momentum this week.

However, they suffered more injuries to their defense and that’s going to make it tough to stop the Cardinals at home.

Arizona has been tough to follow recently but they should score the victory.

The Saints will be up against an offensive juggernaut as the Chiefs come to town with a 12-1 record.

Looking to record consecutive Super Bowl wins, the Chiefs are going about their business and slowing down Patrick Mahomes seems impossible.

The Saints lost to the Eagles last week and they can bounce back, but we’re going with the Chiefs in a tight one.

Cleveland was a touch unlucky against the Ravens last week but they have a chance to get back into a winning groove.

They face the Giants, who are struggling to find their best form with Daniel Jones at the quarterback position. He isn’t all that bad, but there seems to be a lack of spark in the organisation.

The Browns are playoff bound and should be winning this game.

Pittsburgh couldn’t overcome the Bills last week but they get a much easier opponent this time around.

The Cincinnati Bengals is struggling at 2-10 and after quarterback Joe Burrow succumb to injury, they haven’t gone very well.

This should be a comfortable victory for the Steelers and a great chance to get back on track.