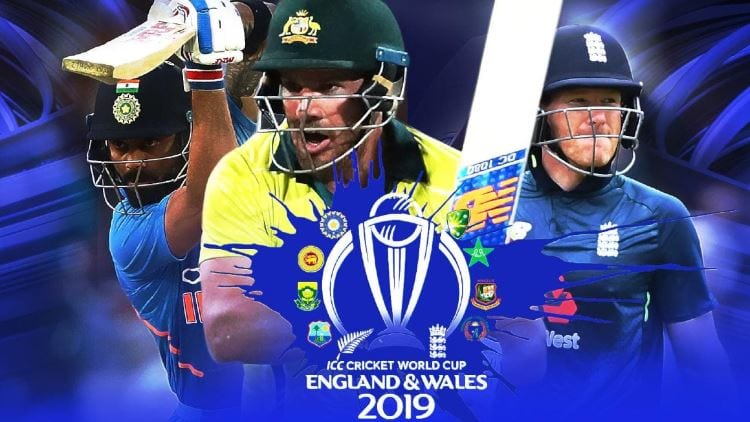 The 2019 Cricket World Cup is only days away and we have our expert tournament predictions.

Bookmakers have framed a wide-open market with three teams favoured to win. We have found our best bet, best value pick and tournament upset chance for the Cricket World Cup.

We also take a look at the exotic markets to find punters the best value.

We know, we know… Australia’s national side has been going through some troubling times, but we’ll happily take the value on offer.

Australia has gone through the ringer over the past few years and it has all been their own doing. Despite that, we believe this current crop of players can get the job done.

Although there have been concerns that this team is now better suited to the Twenty/20 format, which dominates the local professional scene, they still have the 50 over game mastered.

Steve Smith is back in the team and hopefully he has learned his lesson. He could well lead this team to victory in the 2019 Cricket World Cup.

It’s an easy start for Australia as they play Afghanistan first, but that will give the second-string players a good chance to get some practice.

Many punters won’t see the $3 as value for England, but considering they’re playing the tournament at home, it’s still good value.

England has been preparing for this tournament for some time now and playing in front of a home crowd is enough to get the job done.

They have been on the rise in the 50 over game for some time now and they have become a consistent force. For years, England were tough to trust but they have developed a squad which has strengths top to bottom.

They might be the favourites at $3, but we’re expecting them to firm into around $2.50 if they beat South Africa in their first game of the tournament, and we’re predicting them to.

That win could see their odds drop considerably and punters should lock in the early value.

It wouldn’t be wise to not include New Zealand in your selections. The Black Caps lost the World Cup final in Australia in 2015 but they would have taken good benefit from that.

They’re a team that can get hot at any given time and they boast plenty of experience and talent. We feel as though they’re underrated in this market and the odds on offer are generous.

They boast one of the better bowling attacks in the world, with Tim Southee and Trent Boult leading the way. Those two strike bowlers can tear through the top order of any team and that’s always a big asset to have.

Bookmakers are offering $11 for the Black Caps and we’ll take those odds every day of the week.

Virat Kohli is the current favourite at $8.50 but we’re going with Australian powerhouse David Warner at $11 (BET NOW).

He’s got something to prove in the Cricket World Cup and what better what to prove doubters wrong than by coming out and smashing some runs.

Warner always has a century in him and if he can see the ball well early in the innings, he’s a tough man to get out.

The only worry is that he won’t play against the likes of Afghanistan, but he could make up for it later in the tournament.

A man that could push Warner close is Joe Root. For lack of a better pun, the home crowed will be rooting for him and he could come up trumps.

Root has all the makings of a Cricket World Cup top run scorer and his odds are better than expected. Take the $15 (BET NOW) as a nice saver bet.

This is going to be a hotly-contested market and that’s evident with no player currently priced at single-figure odds.

Our top wicket taker selection is Trent Boult from New Zealand. He’s a prolific wicket taker, especially early and late in the innings.

Boult is a natural sportsman who uses extreme pace to do the job and the conditions in England and Wales should give him an advantage.

$21 for Boult (BET NOW) is good value with bookmakers.

Our next best selection is Pat Cummins. The Australian pace bowler loves to take big wickets and his confidence rarely takes a hit.

Cummins is someone Australia will use as an early bowler and also a strike bowler. He could well bowl his final few overs at the death, against the average batsmen and clean them up.

He’s got a five-bagger in the offing and he’s another value chance at $17 (BET NOW).

This is probably the most enjoyable bet of the Cricket World Cup. Seeing someone hit a six is always exciting and there’s some bombers ready to do their business.

At the top of the market is Chris Gayle at $8 (BET NOW) and rightfully so. West Indies aren’t predicted to do much this tournament but Gayle will be hitting sixes and plenty of them.

The only danger is that they won’t progress very far, which will hurt his chances but he’s a good pick.

Another man that can bomb it is Aaron Finch. The Australian, in our opinion, is a better T20 player than one-day player, but that bodes well for this betting option.

Expect Finch to clear the ropes with regularity and give Gayle a push at odds of $13 (BET NOW).