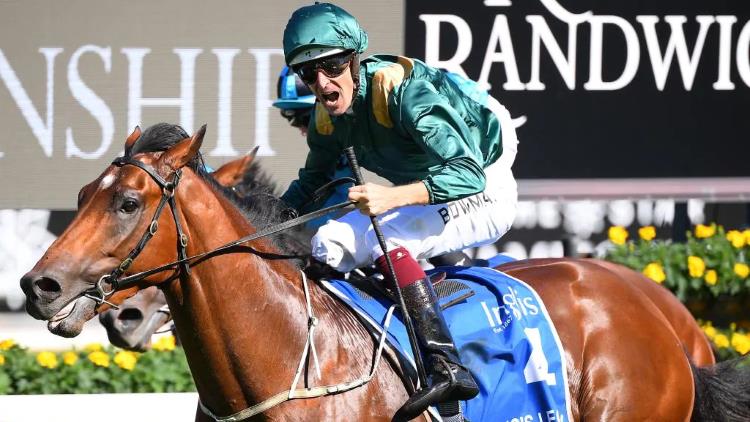 The Champagne Stakes is the last chance for two-year-old thoroughbreds to win at Group 1 level this season.

We have our best bets for the Group 1 feature at Randwick this Saturday which includes our best bet, best each way and best roughie. 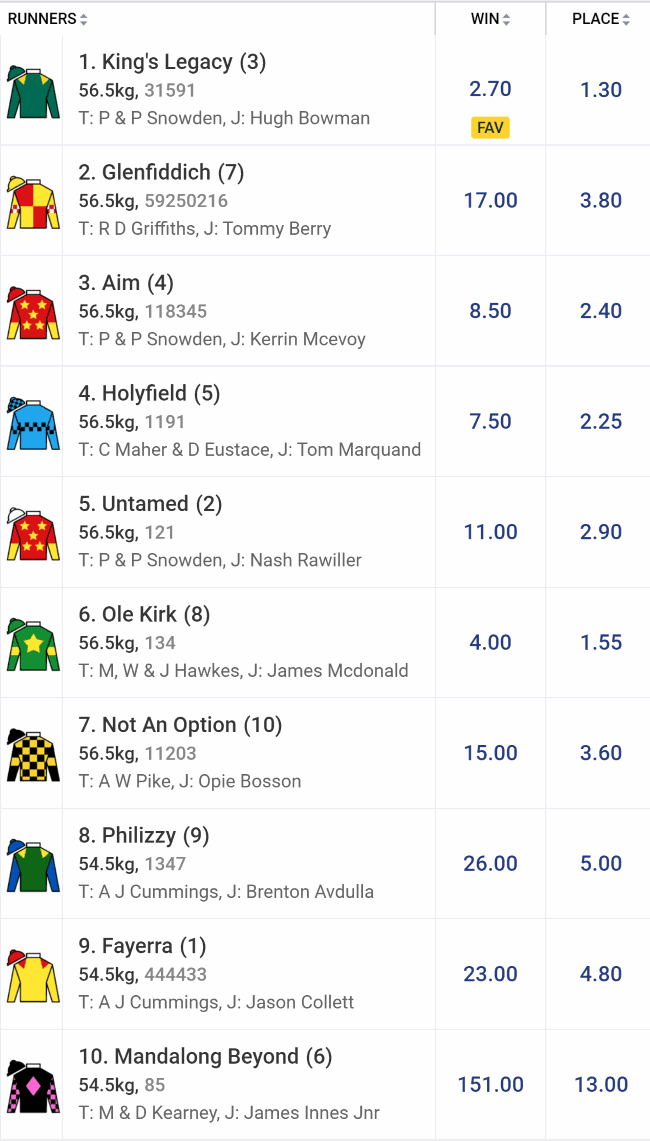 Our best bets for Champagne Stakes

The Snowden-trained colt showed his class when scoring an upset win in the Inglis Sires last start.

It was a tidy effort from the son of Redoute’s Choice and he’s only going to get better over the longer distances. The 1600m suits and with Hugh Bowman riding, his chances of winning increase.

$2.50 is a fair price and he could start shorter with bookmakers.

The colt won in maiden grade two starts back at Mornington before running sixth in the Sires last start.

He would need to find a few lengths on that performance and we’re not sure he has that amount of improvement left.

We have given Aim a fair amount of chances this preparation but he hasn’t shown us enough. After winning his first two starts, Aim was aiming for the stars. However, his recent starts have been fair at best.

We respect this stable in the big races but $8.50 is too short for a runner we can’t trust.

Holyfield continues to win and he must be respected in this race. The Maher/Eustace-trained colt scored a gusty win at Rosehill last start and he looks capable of handling the rise in distance.

He gets the services of Tom Marquand in the saddle and his strength could be enough to land the telling blow.

Untamed has yet to face this level of opposition but we were impressed with its win at Randwick last start.

Another runner from Team Snowden, the colt scored by a nose last Saturday and he really dug deep close to the line.

It’s a step up in class but he’s capable of winning and giving punters a good sight.

Ole Kirk didn’t have much go his way in the Sires and facing a slightly smaller field should help his chances.

The Team Hawkes-trained colt won on debut at Flemington and should have won second-up. With the one run under his belt in Sydney, he should be better prepared for this race.

$4 is a good price for punters and he should see a lot of action on race day.

The Kiwi runner produced a handy sprint when running third behind Doubtland last start. However, we’re unsure if that form is going to stack up.

Opie Bosson is riding in good form and the New Zealand runners typically handle all conditions, but we need to see more to suggest backing him.

We’re not sure what to make of Philizzy. She has looked good at times but she might be a bit below Group 1 level.

The daughter of Snitzel is facing a handy juvenile field and she might be better targeted at something easier.

The odds for Fayerra trimmed after she battled on gamely for third behind Untamed last start. She stuck on nicely throughout the run and it could be a good test for the mile.

We certainly wouldn’t be ruling out her chances of winning and he could boost payouts at a nice place price.

The odds tell you everything you need to know. She has finished eighth and fifth from two starts and this is beyond a stab in the dark from connections.