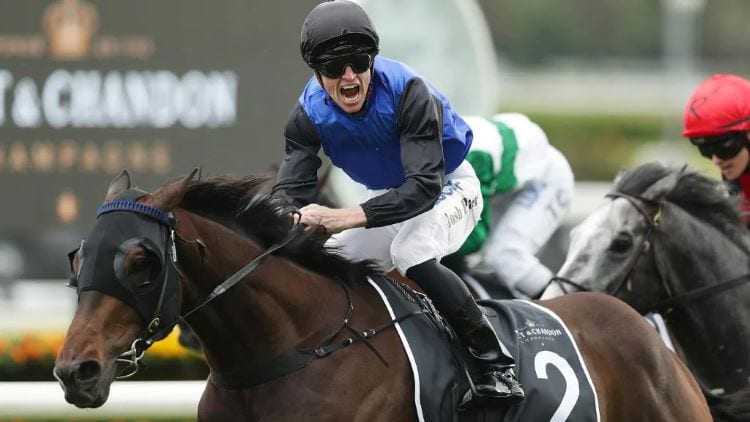 The Rosehill Guineas is always a great Group 1 and the best middle-distance three-year-olds do battle this Saturday.

It’s a wide-open market for the age-group feature, which sees Shadow Hero a slight favourite. We look at the form of every runner and post our best bets for the 2020 Rosehill Guineas.

Our best bets for Rosehill Guineas

It wasn’t easy to leave out the Cox Plate placegetter of our calculations. However, he showed very little last start and we’re questioning his desire to win.

Even though he owns a Cox Plate placing, he’s only a three-time winner. He has yet to win or place in three attempts at Rosehill, so the form doesn’t read well.

Shadow Hero deserves favouritism and deserves to go on top. The Mark Newnham-trained gelding scored a brilliant win in the Randwick Guineas, which is the obvious form race for this.

His four career wins have all been quality and he’s a potential cups horse when he matures.

He is seemingly bomb-proof and that’s a good attribute for a three-year-old runner to have.

Warning has been given two preparation runs for this target, so it could pay to overlook his recent form.

The Victorian Derby winner is looking to go better than Derby winners of the past by winning the Rosehill Guineas. His top-level form would be good enough and there were encouraging signs last start.

He handles the conditions and Damien Oliver rides off the inside draw. He’s a solid winning chance.

The Kiwis should always be respected and Sherwood Forest is coming off a win in the New Zealand Derby.

It was a tough staying effort, but dropping back from 2400m to 2000m is a big drawback. Staying at 2400m would have made him a top pick, but he might be outpaced over this distance.

He’s good enough to win, but it’s a risk.

Scorpz flashed home to finish third in the New Zealand Derby and although that makes it look as though 2000m is too short, he’s better over this distance.

He scored back-to-back wins over a mile in New Zealand, before stepping up over 2100m and winning again.

He’s an adaptable type that gets the services of Opie Bosson and he could continue his winning run.

The three-year-old colt hasn’t regained the form that saw him winning at Group 1 level in Brisbane. His recent form has been very average, so we can’t see him winning this race.

Reloaded is a Chris Waller-trained colt that has shown glimpses of potential, but not enough consistency.

He has only one win from six starts, and perhaps something a little easier would be best for the son of Snitzel.

Pancho didn’t fire last start and we can’t see him figuring in the finish. He’s talented at best but he would need to turn his form right around to win.

The Holy One made good ground in the Randwick Guineas and it could be finishing off stylishly here over the longer distance.

The colt didn’t have much luck in the run either, so he’s not without a chance at upset odds.

Chenier is a bit of an enigma, but capable of winning this race. He looked good when running third behind Alligator Blood and Catalyst fresh up, before battling last time out.

He faces different opposition here and his turn-of-foot could be on display. It’s his first go at Rosehill, but he should be on your ticket.

He’s at long odds and his odds won’t firm.

Handy record to date but it hasn’t come at this level. He could mature into a nice type next season, but this is a little too early.

He has been specked at odds but benchmark 64 form isn’t going to hold up.