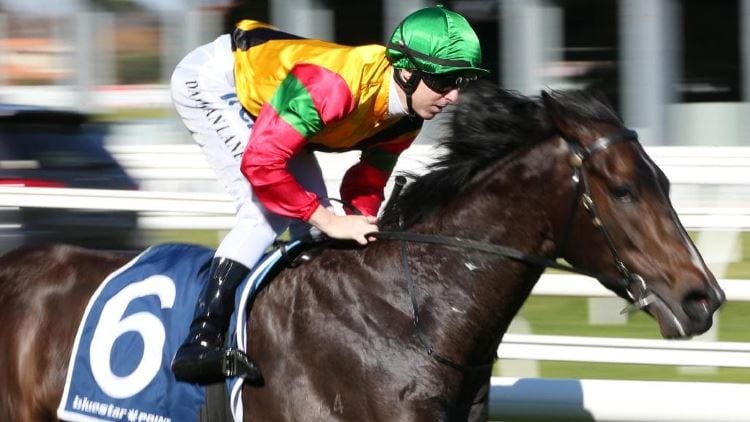 The Group 1 Toorak Handicap is a wide-open contest and a maximum field will line up.

With a current favourite priced at $6.50, there’s great value on offer and we have our best bet, best each-way and best roughie selections.

Our best bets for Toorak Handicap 2019

The Kiwi runner didn’t show his best form in Australia last start but he’s much better than that.

His form across the Tasman was top-quality and although drawn wide for this, we wouldn’t be ruling him out.

In career-best form this season, which includes a big win two back. He’s going well enough to win this race and we’re surprised at the odds.

Punters should include him in selections despite drawing barrier 20.

Owns good tactical speed but hasn’t been able to win for some time now.

Will look to get to the front and try control the speed. If that happens, it could show a kick at the top of the straight and run a nice race.

Owns a serious turn-of-foot and he could be hitting the line with real power late in the race.

Drawn to get a good run in transit from barrier nine and he’s attracting some early betting interest with bookmakers.

Should give punters a good sight.

Classy at best but he hasn’t shown any form for some time now. Can’t quite understand the betting move but there is confidence coming from somewhere.

Backed and beaten a few times already this campaign but punters are getting much better odds now.

Should be fitter having had three runs in this campaign, so treat with respect.

Doesn’t often run a bad race but those runs aren’t often at the Group 1 level either.

Unsure if he’s good enough to handle a field of this quality.

Returned to New Zealand and ran some nice races, but he just doesn’t win often enough for our liking.

Would need everything to go his way in order to create an upset win here.

Continues to run good races and he pays punters off nicely. Tough field here but he’s always an each-way chance.

Has almost $1.5 million in the bank so he’s a quality type.

Good age-group performer but she hasn’t kicked on as an older horse.

More than capable on her day but you would have to back her on trust alone.

Produced a good run to finish second behind Begood Toya Mother and that form should stack up nicely for this.

He’s a four-year-old which has always promised to go to the next level and with a good run in transit, he can do just that.

Gets in with 54.5kg and the loose favourite is our top pick.

Has been well-backed to win following a good second placing last start. Gets a good chance to win a Group 1 and he only needs luck from an awkward barrier.

Could start at single-figure odds.

Has been around the mark in all three runs this campaign and getting the inside draw is ideal for this.

Has been hammered in the betting after opening at $14 and it looks to be a good contender at each-way odds.

Impressive win when bursting through runners last start and that’s a good sign of things to come.

The Toorak is there for the taking and if she can find a good spot in running from barrier 14, she will be tough to hold out.

Didn’t fire last time out and it’s unlikely to fire again here. Out of form and would really need to lift to take this out.

Has speed on its day but he’s not showing enough consistency at the moment to be considered a winning chance.

Drawn the car park and that’s not going to help.

Always threatens to win a big race and that was a nice effort when third last time out.

Chance based on that effort so don’t discount his chances at the price.

Not the most consistent type but it does have ability on its day. Gets in with no weight on its back and that’s going to help.

Imported runner which hasn’t shown much overseas, but that form typically stacks up nicely.

Drawn ideally in barrier two and it’s another runner with no weight on its back. Chance with its best form.

Well-backed to win at the single-figure odds but that’s not too uncommon with this runner.

Often attracts attention and with only 52kg on his back, he could come into this race with a good run.

Chance but the odds are too short for our liking.

Long odds and it shouldn’t be getting close to them.