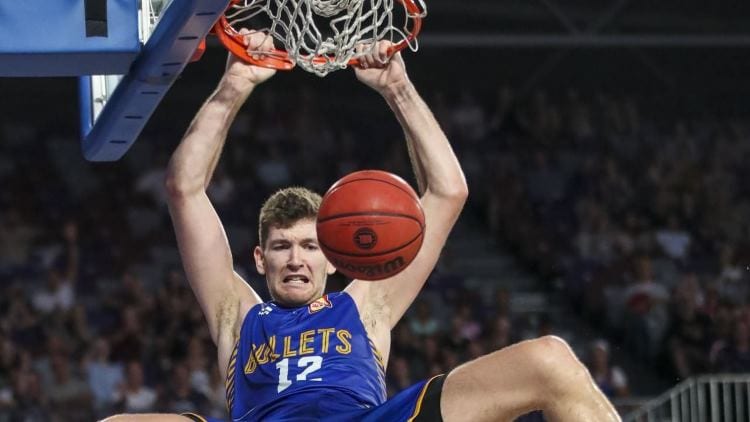 We have expert betting tips for all seven NBL Round 18 games this week.

Only three weeks remain on the regular season and teams are getting desperate to find form.

Round 18 actions tips off on Wednesday with United vs. Wildcats and ends with a Sunday double-header.

Melbourne United are now on the outside looking in after dropping their last three games.

It has been a shocking dip in form for the once-tournament favourites and they’re now likely to miss the NBL playoffs.

Looking to add to their pain are the Perth Wildcats, who have won three straight games. Perth is looking to seal a home playoff spot and they could even catch Sydney at the top.

We’re not sure United has anything left to give, so we’re picking Perth to win on the road.

Both the Breakers and the 36ers did their playoff chances a lot of harm in Round 17.

The Breakers lost to the Perth Wildcats by one point in a thrilling contest, so we’ll cut them some slack.

However, the 36ers lost at home to the Brisbane Bullets and that was a game they needed to win to stay in touch.

New Zealand is tough to play at Spark Arena and Adelaide never play that well on the road. It could be a problem spot for the visitors and we’re giving the advantage to the Breakers in this situation.

The Cairns Taipans are one of the hottest teams in the NBL and they bounced back from a loss with consecutive wins.

Having spent the first part of the season in the bottom two places, the Taipans are now sitting in third position.

The healthy comeback has been in part because of their stout defense. Cairns are tough to score on, which is going to make it tough for the Hawks.

Illawarra is languishing in last place and they are riding a lengthy winning streak. They shouldn’t be getting close to Cairns here.

Brisbane is on a tear and they could continue their winning streak against an ailing United team.

The Bullets have won their last five games to rocket up the leaderboard and they could overtake the Taipans should results go their way this week.

Melbourne play their second game of the week and if they lose to Perth on Wednesday, this becomes a must-win game.

The question punters need to ask is: has United given up? They’re not usually a team to give up but the signs aren’t good.

Brisbane is rolling and that should continue.

Shaping up as the game of the round, the Perth Wildcats look to continue their momentum heading into the playoffs.

However, they face the team that currently leads the competition. The Sydney Kings are riding a three-game winning streak of their own.

The winner of this game could snatch the momentum and potentially claim the #1 seed with only two rounds to go.

Bookmakers have Perth as the favourites to win. Sydney isn’t often the underdog, but playing at RAC Arena isn’t easy.

It’ll be a close game but we’re giving the edge to the home side.

The Breakers have a great chance to get closer to the top four this week. Those chances are helped by taking on the Hawks this Sunday.

Illawarra are good enough to cause teams like the Breakers some concern, but all things being equal, New Zealand should come away with the victory.

Bookies have the Breakers as the $1.30 favourite. That’s a touch short for value, but back the Breakers with the spread.

The bookmakers gave the Phoenix a slight chance of making the playoffs last week, but that was never going to happen.

They have now lost their last four games and facing Adelaide at home could be a recipe for disaster.

Adelaide needs to bounce back this week and the Phoenix could be on the wrong end of a thrashing this Sunday.

There is only 4.5 points between them in the market, which plays into the hands of home-side punters.