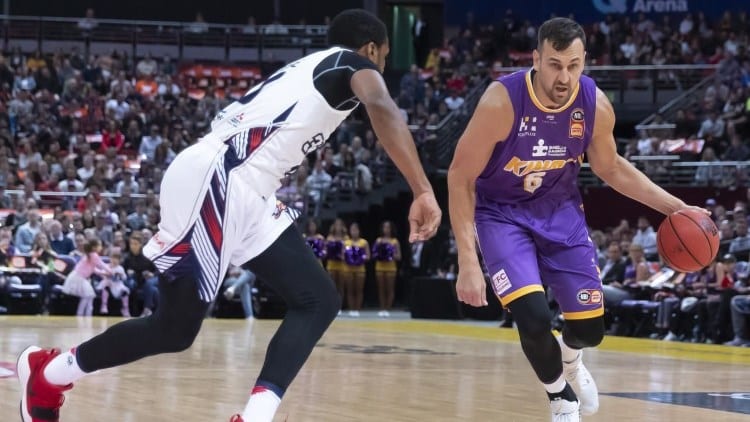 Round 3 is a big week in the NBL as punters get seven games to bet on.

The New Zealand Breakers play their first game of the season after sitting out the first two rounds.

There are some intriguing games this week and we have expert betting tips for every fixture.

The Breakers make their first appearance of the season and they are thrown right into the deep end.

They take on the Sydney Kings, which have won both games to date and are playing this game at home.

Bookmakers have the Kings as the firm favourites and it’s tough to disagree. They have come out firing and the Breakers might need some breaking in.

Stick with the team which is already comfortable playing this season.

It hasn’t been a good start for the Taipans and it could become worse as they travel to Perth.

The Taipans are currently 0-3 on the season and this will easily be their toughest assignment to date. Playing Perth at home is one of the hardest games on the NBL schedule.

The Wildcats are 2-0 on the early season and they get to play another game at RAC Arena. They haven’t lost there for some time now and we can’t see that changing.

Bookmakers have the line at 11.5 and even though that’s a double-digit line, the Taipans won’t be able to keep up.

Adelaide was disappointing when losing to the Kings last week. The 102-80 result didn’t showcase their solid offense talent.

However, it did showcase how bad their defense is. That’s not a good sign as the visiting Bullets can score big totals.

The Bullets suffered their first season loss from three games against the Phoenix, but they still scored 93 points.

Lamar Patterson looks to be an MVP candidate and although playing on the road isn’t easy, Brisbane is the better team here.

Punters should expect a close game in Adelaide.

The Phoenix were the underrated team before the season started but they’re certainly not now.

After posting consecutive wins to open their season, South East Melbourne are rolling and they welcome the struggling Hawks.

Illawarra finally got their first win of the season on Monday, but it was hardly a convincing effort. They will need to improve significantly to win consistently this season.

Bookmakers have smartened up about the Phoenix and installed them as firm home favourites on Saturday night.

This is the return trip for the Breakers vs. Kings series. It’s going to be a tough game to call before seeing how they perform on Friday night.

With that being said, the Breakers will look to make a good impression in front of their home fans.

However, the Kings played the Breakers extremely tough in New Zealand last season and this season might not be any different.

The current odds for the Kings are $1.65 and following Friday, those odds could shorten.

Melbourne United have started slowly once again and this isn’t going to be an easy game to win.

They have just come back from an NBA sojourn and the travel won’t help their chances. However, they do play late on Sunday so they have time to recover.

Having not won their either of their first two games won’t sit well with this team. Granted, they have had injuries but they’ll still be disappointed.

Standing in their way this Sunday are the Perth Wildcats. They have been playing very well to date and could cause an upset on the road.

We’re sticking with the team that has the form on the board.

This will prove to be a big week for both teams. Both the Hawks and 36ers play twice, so at least one team will get a win on the board here.

The Hawks have advantage of playing at home and the 36ers have never been a great team on the road.

Trusting either side is tough at the moment but the Hawks could have a little more momentum coming into this.

Bookmakers currently have the line off the board.