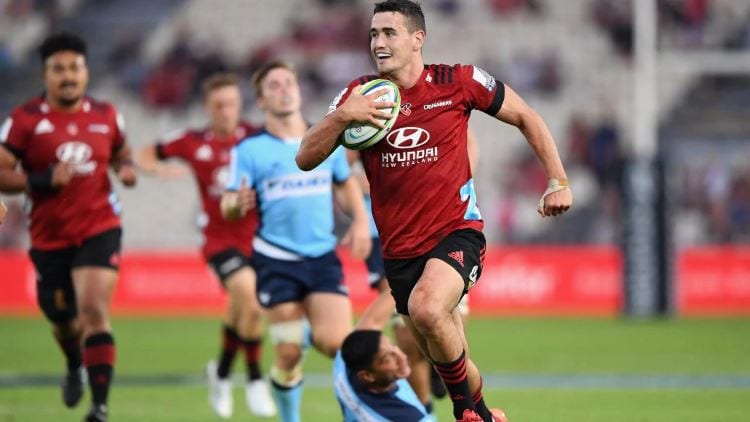 Super Rugby continues off this Friday with the Highlanders vs. Sharks and we preview every game scheduled this week.

There are some big games, including Brumbies vs. Rebels and Chiefs vs. Crusaders, so strap in for another exciting week.

The Highlanders make their season debut after sitting out Round 1. There are big expectations for this team this season, but we’re not sure they’ll live up to the hype.

They face the Sharks on Friday night, which are coming off a tidy win over the Bulls at home last Saturday.

It wasn’t a comprehensive display from the South Africans, but it was good enough to give the Highlanders something to think about.

The Brumbies got through their game against the Reds last week, but a better effort was expected.

They scored a nail-biting 27-24 win at home and playing a second consecutive game at GIO Stadium should do them plenty of good.

It wasn’t the same feeling of victory for the Rebels, who produced a disastrous effort against the Sunwolves.

The 36-27 loss is their worst loss since entering the competition and we’re expecting quick improvement this week. Otherwise, it could be season over already.

Both the Chiefs and Crusaders are coming off impressive Round 1 wins.

The Chiefs defeated the Blues in Auckland, despite trailing by 14 points at halftime. The eight-point win also denied the Blues a bonus point.

For the Crusaders, it was an easier task against the Waratahs. Even without their All Black stars, the Crusaders won 43-25.

They’re the benchmark for every team this season and the Chiefs could have a tough time beating them on Saturday.

We’re not surprised to see bookmakers list the Blues as favourites for this game. They looked good at times last week and the Waratahs didn’t.

The Blues have been well-backed to win the Super Rugby title, but they need to play for 80 minutes. They dropped off just after halftime and that cost them the game.

For the Waratahs, they’re going to struggle for most of the season. It’s not easy to win against the Crusaders in Christchurch, but they didn’t offer much.

The Blues should take this game.

The Lions looked to be playing well against the Jaguares last week, before being blown out late.

It was a 38-8 loss for the South African side but it was a close game for 50 minutes. They bombed a few scoring chances and that’s all she wrote.

The Reds did well to get within three points of the Brumbies but it was a low-quality game in Canberra.

They never travel well and the Lions should notch their first win of the season.

2:15am Stormers vs. Bulls @ Newlands Stadium

The Stormers created a massive stir when beating the Hurricanes 27-0 last week. It was one of their best franchise wins and they could keep that momentum going.

They get to play their first two games at home and they welcome the Bulls, which weren’t that impressive last week.

The Bulls were beaten 23-15 to the Sharks and they never looked like winning. The same could be said for this week’s game.

Bookmakers have the Stormers as 10.5-point favourites and we’re not surprised by that.

It hasn’t been an easy start for the Hurricanes and it’s not about to get any easier.

After a 27-0 drubbing at the hands of the Stormers, they now face the well-backed Jaguares. They are coming off a 38-8 win over the Lions and will only get stronger.

Punters should respect the Hurricanes, because they’re not that bad. However, playing in Argentina is going to hurt and the Jaguares are playing very well.

The line is only 6.5 and that is a good line for Jaguares’ backers.