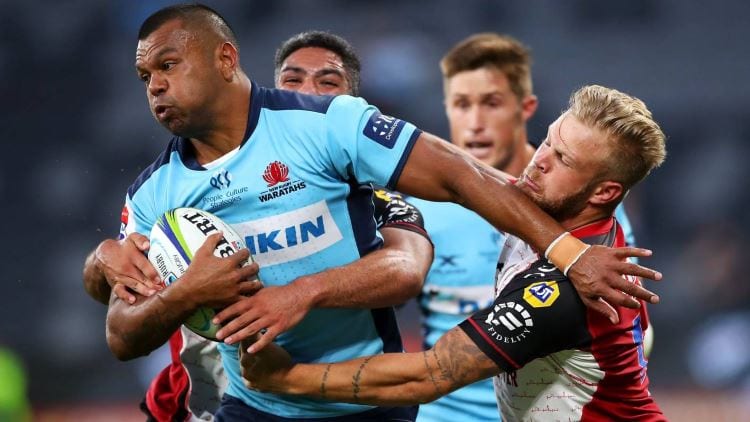 Upset results continue to happen in the 2020 Super Rugby competition. Will we see normality resume this week? Or will the lesser-fancied teams continue to show up the competition’s best?

We have tips for every Round 6 Super Rugby game this week, which starts off with the Crusaders vs. Reds.

The Crusaders lead the New Zealand conference with three wins from four games. Their only loss came to the Chiefs, but we still think that the Crusaders are the best team in the competition.

They come into this game in a fresh state and they’re up against a team they usually beat handsomely. The Reds were big winners in Round 4 against the Sunwolves but they came crashing down to earth last week.

The 23-33 defeat at the hands of the Sharks wasn’t a good team effort and it’s a game they had in their grasp. They’ll need to be much better to score an upset result in Christchurch.

The Waratahs showed that they can be competitive this season after posting a win over the Lions last week. It came only against the Lions, who have been disappointing this season, but it was a complete performance from the home side.

It will need to be another great effort to hold off the dangerous chiefs, who have been a touch inconsistent this season. However, they are good enough to beat the Crusaders and that means they should put away the Waratahs with ease.

Bookmakers have the Chiefs as –9.5 favourites, and that line could move to around 11 come kick off. Therefore, take the value offered now.

The all-New Zealand clash looks set to be a thriller as the Hurricanes host the travel-weary Blues. The Hurricanes scored a 62-15 win over the Sunwolves last week and it was a good chance to get the reserves some game time.

However, they face a Blues side that is coming off a successful trip to South Africa. A win over the Bulls in Round 4 and an upset win over the Stormers last week holds the Blues in great stead for this game.

They entered last week’s game as big underdogs but came away with a 33-14 dominant win. If that Blues’ team can show up this week, we’re in for a great attacking contest.

We give the edge to the Blues, who have the confidence up.

It was a superb victory from the Rebels against the Highlanders last week. The 28-22 win came on the road and it’s going to give them ultimate confidence returning to Melbourne for this game.

They face the Lions, which continue their road trip after losing to the Waratahs by 12 points last week. The Lions did some things right, but were never in the game from the outset.

We’re expecting the Rebels to continue their good form and notch their third win of the season. Bookmakers have the line at 6.5, so we’re leaning towards the head-to-head option.

This could be the game of the season to date as the in-form Sharks take on the tough-to-beat Jaguares. The Sharks won three of their four games in Australia and New Zealand, so they should enjoy coming back home.

Travelling will be the only factor for the Sharks, who come up against a team that has spent a couple of weeks in South Africa. The Jaguares were strong 39-24 winners over the Bulls last week, which included some great offensive rugby.

The Sharks also love to counter attack and we could see a high-scoring affair. It all shapes up to be a classic game and the Jaguares might be better prepared to win.

2:15am Bulls vs. Highlanders @ Loftus Versfeld

Neither the Bulls or Highlanders are in good form this season, so this game should prove vital for them both. The Bulls were beaten soundly by the Jaguares last week and the Blues prior to that, so getting a win at home becomes a must.

The Highlanders have been equally as poor, losing to the Rebels, Crusaders, and Sharks. Their lone win came against the Brumbies.

They have the talent to win but there appears to be no direction. The Bulls could take advantage of this and pull off a rare win this season.

Due to the Coronavirus, this game is now scheduled to be played early on Sunday at WIN Stadium. It couldn’t have come at a worse time for the Sunwolves, which have been thumped over the last two weeks.

Losses of 64-5 and 62-15 have marred their good start to the season. Playing a home game in Australia isn’t going to help matters, and the Brumbies are the form team out of Australia this season.

Coming into this game having beaten the Chiefs, the Brumbies lead the Australian conference and it might stay that way following this week.