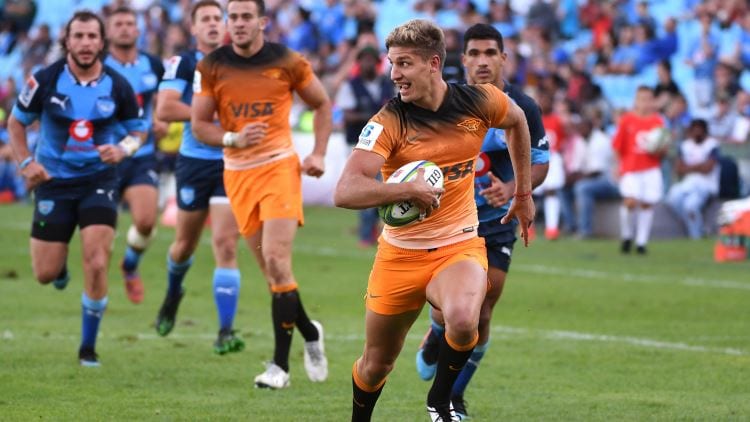 Super Rugby continues this week with six scheduled games and we have free tips and form for all six.

There are some standout games with the Crusaders vs. Highlanders and Chiefs vs. Blues, which should create plenty of interest this week.

The Crusaders are odds-on to win the Super Rugby title this year and it’s not hard to see why. They were 36-14 winners over the Brumbies last time they played and they were losing 7-0 at halftime.

Playing the Crusaders after such a dominant victory isn’t something you want and the Highlanders, which are coming off a 31-28 loss to the Hurricanes, could be facing a tough ask this week.

13.5 is the current line and although we think the Crusaders will win, not by that much.

The Rebels have been surprisingly good this season and although they’re not up to the elite level yet, they are doing a good job against the second-tier teams.

They’re coming off a 42-15 thrashing of the Sunwolves and whilst that is expected, scoring 42 points is still some effort.

Stormers were disappointing last week against the Reds, losing 24-12, and they will need to lift in order to beat the Rebels.

Melbourne looks too tough at home.

After looking dreadful to start the season, the Chiefs are now starting to resemble a side which could compete for the title.

Coming off a bye week and a 30-27 win over the Jaguares prior to that, the Chiefs are in a good position to win three in a row.

That’s not going to be easy against the Blues, however, which have a good winning streak of their own going. This form from the Blues wasn’t entirely expected but they have always possessed the talent to go through the competition with ease.

Tough game to call but we’re going with a minor upset.

This is a tough game to line up as both teams have been hot and cold this season. The Brumbies were good in the first half against the Crusaders last week but crumbled horribly in the second.

The Lions, who were last year’s finalists, were embarrassed 42-5 by the Sharks last week and it’s tough to imagine them turning that performance around.

It was truly shocking and given the youth of the Brumbies, coupled with some exciting players, we’re sensing a home victory.

The Sharks couldn’t have been more impressive last week if they tried. The 42-5 win over the Lions was one of the most one-sided games we’ve seen in Super Rugby.

Looking to buck that trend this week are the Jaguares, which won a nail-biter 22-20 over the Bulls last week. That win should give them confidence but the bad thing for the Argentinian franchise is their record on the road.

They’re not a good travelling team, despite winning last week, and playing an in-form Sharks side at Kings Park Stadium is going to make it awfully tough to the visitors.

The Bulls were disappointing losers to the Jaguares last week but they have the ability to quickly turn that around.

They were good when beating the Sharks 19-16 the week prior and that form has been franked by the Sharks smoking the Lions last week.

Reds have made an improvement this season and coming into this with a 24-12 home win over the Stormers will do them plenty of good. Consistency has always been tough for the Queensland-based side and they might find it tough this week.

Bookmakers are setting the line at 12.5 points and that could make for an interesting contest.