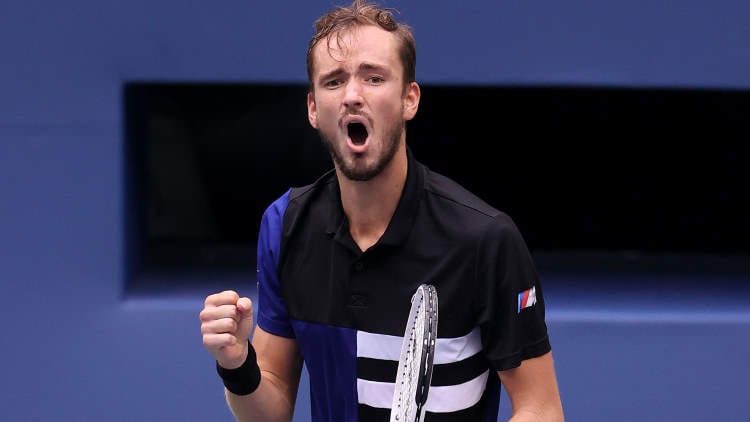 We have expert betting predictions for the US Open Men’s Tennis semifinals, which are played this Saturday.

Four players are left in the draw, and many believe the Medvedev vs. Thiem semifinal was worthy of the final. However, only one player will move to face the winner of Carreno-Busta vs. Zverev.

Alex Zverev looked to have his work cut out for him against Coric in the semifinal, but his class was too much for the Croation.

Zverev has been in control throughout the US Open, dropping just four sets and although he’s about to face a harder task, he gets the better side of the draw.

Thanks for Novak Djokovic’s disqualification, Zverev doesn’t have the face the world’s best player. Instead, he faces #27 Pablo Carreno-Busta, who has had the significantly easier trip to the semis.

The Spaniard was leading 6-5 when Novak got disqualified, so we give him credit for sticking with the #1 seed. However, he was odds-on to lose that game and he then faced a young and inexperienced opponent in the quarterfinals.

Carreno-Busta got the better of Denis Shapovalov over five sets on Wednesday, but the win might come at a cost. Having a gut-busting five-set match isn’t easy, and he was made to work for the victory.

After losing the fourth set 6-0, it looked as though he was done, but he came back to win the fifth 6-3. It was a tough performance, but he faces a steep rise in class against Zverev.

The German has been destined to win a Grand Slam for a long time and he gets his best chance in 2020. He has matured well this season and we’re expecting big things from the big-serving player.

Zverev has played Carreno-Busta on two occasions and has yet to drop a set. Both matches were played in 2018, and the only hard-court match was a 7-6, 6-2 win.

Carreno-Busta is playing career-best tennis but he should struggle to win this match. Bookmakers have Zverev as the $1.36 favourite and those odds are worth taking.

He is the better player and he has more experience playing in big matches. Include Alex Zverev in your US Open tennis multi-bets this weekend.

There is little doubt that Daniil Medvedev and Dominic Thiem are the two best players in the semifinals draw.

Medvedev is the current favourite to win the US Open, and whoever comes out of this match with the win will be the favourite for the final.

The Russian mentally dismantled fellow countryman Andrey Rublev in the quarters. Rublev led the first-set tiebreak 5-2 and then 6-3, before eventually losing 8-6. That’s all Medvedev needed to put the ultimate pressure on his opponent, and he didn’t disappoint.

However, bookmakers have the Russian as the $1.80 favourite, which shows punters how well Dominic Thiem is playing.

The Austrian scored a convincing straight sets win over Australian Alex De Minaur. It was his second consecutive straight sets victory, but his opposite is much harder this time around.

Thiem is ranked higher than Medvedev, but most critics believe Medvedev’s ceiling is much higher than Thiem’s. Both players are highly talented and this semifinal could go either way.

They have played three times throughout history, with Thiem taking two. He scored wins in 2018 and 2019, before Medvedev won 2-0 at Montreal last season.

We are sticking with Daniil Medvedev, who has looked the better of the two throughout this tournament. His Grand Slam moment is coming and he has the mental toughness to get past the pesky Austrian.

Even if he loses the opening set, he doesn’t give up. He showed that last year and punters should have supreme confidence.