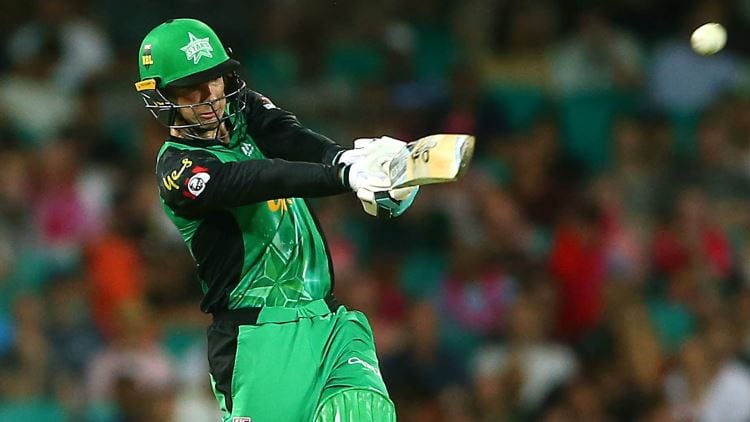 We have a Big Bash double-header to kick-start 2019 on January 1 with the Heat vs. Sixes and Stars vs. Renegades.

There’s little between the games with bookmakers and it shows the exciting and close nature of Big Bash cricket.

There might be test matches going on around the world but Big Bash is the place to find Australia’s most exciting T20 players, alongwith some of the world’s best short-game specialists.

We have done the form of all four teams to find our best Big Bash tips for the two games on January 1, 2019.

The Brisbane Heat haven’t played since losing to the Hobart Hurricanes on December 22 and they will be hoping the extended break will help them.

They scored 144 runs in chase of 159 and even a 58 from 32 balls from Ben Cutting wasn’t enough as their tail-end failed to make any impression, scoring 12 runs from 14 balls at the death.

Brendon McCullum didn’t fire at the top order, going for four runs but there were some positives with Chris Lynn (29) and Max Bryant (30) scoring solid totals. More will be needed to hold off the Sixers, however, which were stunning winners on Saturday.

Sydney were looking dead and buried after only setting a total of 132-7 against the Melbourne Renegades, but a spirited bowling attack ripped through the opposition to keep the Renegades at 99-9.

The 33-run victory looked even more unlikely after opening batsman Mackenzie Harvey scored 30 runs from 25 balls, but they limited the rest of the Renegades batsmen to 13 runs or less. That included a golden duck of Sam Harper.

It was a solid effort from every Sixers bowler and that momentum could continue on New Year’s Day.

The Heat are currently 0-2 and will be desperate for a win, but they often struggle to open the season and we think that continues here.

The cross-city rivalry is set to excite BBL fans this Tuesday as the Stars look for consecutive wins against the Renegades, which are trying to rebound after their first 2018/2019 BBL loss on Saturday night.

A win is important for both clubs as it could set the tone for the rest of the season and given their respective performances to date, it’s going to be a close game.

The Stars finally got a win on the board to move to 1-2 when beating the Sixers by five wickets on December 27 and it was Peter Handscomb who guided the Stars to victory. It was also a more concerted effort from the Stars’ bowlers, who combined well.

The season started off perfectly for the Renegades, beating the Scorchers by four wickets in their opener, despite scoring only 107 runs. They then scored 176 runs in beating the Adelaide Strikers at the Adelaide Oval, but that good start went to the wayside on Saturday.

Getting bowled for less than 100 runs isn’t what any team wants on their resumé, but the Renegades have the firepower to recover and strike back against the Stars.

With the likes of Aaron Finch, Cameron White and the dangerous Sam Harper in the squad, we’re predicting the Renegades to come out firing with a better batting performance this time around.

That’s not to say the Stars don’t have strike power of their own. Captain Glenn Maxwell has had his detractors throughout his career and rightfully so, but he is always a threat with bat and ball. Look for Maxwell to play a steady innings on Tuesday.

This is a tough game to call but we’re siding with the home side and we’re predicting Ben Dunk to have a blinder for the Stars. He’s currently $4 to be the Stars’ top scorer and there’s value in that betting option.