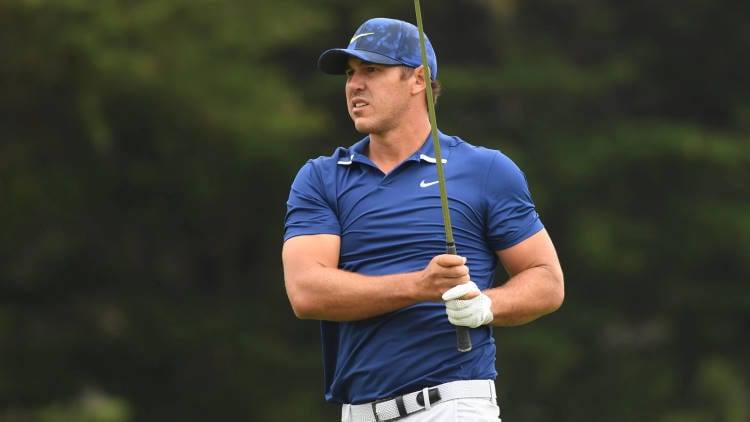 We have expert betting tips for the 2020 Wyndham Championship, which is hot on the heels of the first major of the season.

A quality field tees it up this week, including Brooks Koepka, Webb Simpson, and Tommy Fleetwood.

Koepka is out for revenge after playing poorly in the final round of the PGA Championship but there are some quality golfers standing in his way.

We look at the best bets for golf punters in the Wyndham Championship.

It was a tough finish for Brooks Koepka at the PGA Championship last week, but that’s no reason not to back him at the Wyndham.

Koepka talked a big game before the final round last week and it backfired. However, he is a four-time major winner and his ability to wipe bad rounds from his memory is good.

He doesn’t often play well in smaller events but the fact he’s teeing it up this week is a positive sign.

The big hitting American should enjoy playing in Greensboro and punters are getting odds worth taking. The $12 is a value price for one of the best golfers in the world, so snap it up while it’s available – Bet Now

Patrick Reed isn’t the most likable golfer on the PGA Tour but his form has been improving steadily in 2020.

The former Masters champion finished strongly at the PGA Championship and despite not winning this season, he is getting awfully close.

Reed is a confidence player and after a strong finish at his last few tournaments, expect him to be near the top of the leaderboard this week.

Conditions at the Wyndham Championship suit Reed and, as oddly as it may sound, not having crowds is ideal for him. He often gets a lot of abuse from the galleries, so he can now focus on his golf and it seems to be working.

Being successful at betting the first round leader is tough, which is why bookmakers give punters great odds.

If you can land a winning bet, the payouts are handsome and J.T. Poston is our man to lead after the first round at the Wyndham Championship.

Poston won this tournament last year and although he didn’t lead after shooting 65 in his first round, he shot 62 on Monday to win.

That is a seriously low score, which gives us confidence that he can repeat the effort on this course. Poston can shoot low scores on his day, so look for him to play well.

The Wyndham Championship is a tournament that can create an upset. Therefore, value is with the players paying long odds with bookmakers.

Our three top 10 selections are all good enough to win this tournament and they should give punters a good sight over the four days of competition play.

Our first top 10 pick is Jordan Spieth ($5.50). Spieth is a former star of the game and although he is struggling with confidence, he has been playing better this year.

He just needs to regain his confidence on the greens and if that comes, the $5.50 for a top 10 finish will look silly come Monday morning.

Harold Varner III ($6.50) played well at the PGA Championship and if he can replicate his form from the start of the season, he will be tough to beat.

The American finished inside the top 30 last week and he wasn’t far off making a push for a higher position. Varner is a player that can dominate courses like the one he faces this week, which is a good sign for punters.

Take the $6.50 and he should play well enough over the weekend to give punters something to cheer for.

Our final top 10 pick is Danny Lee ($14). The New Zealand golfer has been playing well recently but continues to have a bad stretch of holes that costs him a better finish.

He has all the talent needed to consistently win on the PGA Tour and with his confidence growing, he could bid for top 10 position at long odds.