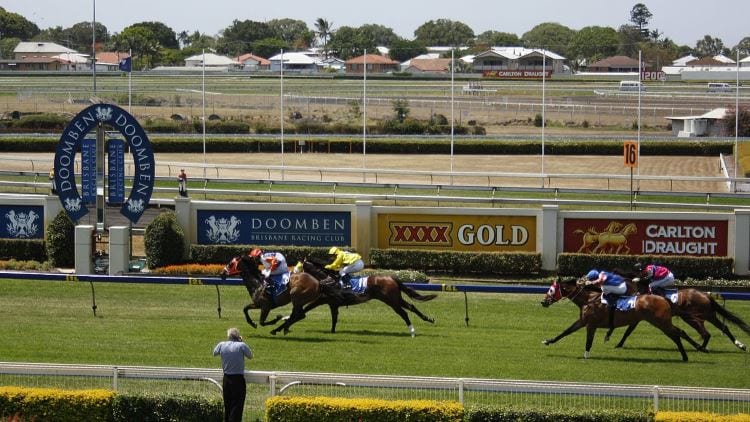 Plenty of rain has fallen during the week but we’re hoping that won’t put a dampener on the racing this Wednesday.

Four-year-old mare Queen of Emeralds did well to run third on debut at long odds and she should start shorter here.

The Anderson/Heathcote Racing-trained runner finished only 3.1 lengths behind the winner and she’ll be getting a good run from barrier two.

Trial form prior was solid and punters will be getting each-way odds.

Sunlander only narrowly suffered defeat on debut at Ipswich when running second behind Spirit House.

The Kelly Schweida-trained three-year-old was well-backed in the market and he ran accordingly. It will hold him in good stead for the future.

Expect there to be plenty of betting support come race day and Mark du Plessis is an experience rider to have in the saddle.

Tony Gollan lines up the five-year-old which wasn’t impressed in two runs back from a spell, but the talent is there.

The son of Lucas Cranach is a winner of five from 12 starts and that record shouldn’t be overlooked against this field.

Carries a big weight but the small field suits and he could finish all over the top of them.

Pinnacle Star has made a good impression to date, winning three of his four career starts.

The David Vandyke-trained four-year-old was a one-length winner at Sunshine Coast last start and he’s likely to run well again.

Drawn a touch awkwardly in barrier nine but with only 55kg on his back, he’s going to get every chance to add another win to his record.

The Gollan-trained four-year-old scored an easy win at Ipswich last start at short odds and she could go back-to-back.

She may have taken seven runs to break her maiden status but she had been knocking on the door for some time and she could kick on with it now.

It’s good to see Jim Byrne stick with her here and punters should get better than the $1.70 that was offered last month.

The three-year-old colt comes into this with a win at Murwillumbah and he could go back-to-back here.

Matthew Dunn lines up the son of Rubick which didn’t show much in two starts but turned that form around on a good track last start.

This is a tricky field but he carries only 54kg here and has a strong rider in the saddle.

Ocean Ruler is in career-best form with two wins coming from his last three starts.

The Jenkins-trained five-year-old scored by 1.5 lengths at Sunshine Coast last start and that form should hold up well here.

He’s a consistent type which has yet to have a run at Doomben, but this track should suit and punters could get nice odds for the son of Ocean Park.

Four-year-old gelding Heritage Sash has yet to finish outside of the money from six starts and that should continue here.

The Edmonds-trained son of I Am Invincible has two wins and four placings from six starts. That record is tough to overlook and he wasn’t far off when running late last month.

Looks well-placed from barrier five and another win could be on the cards.