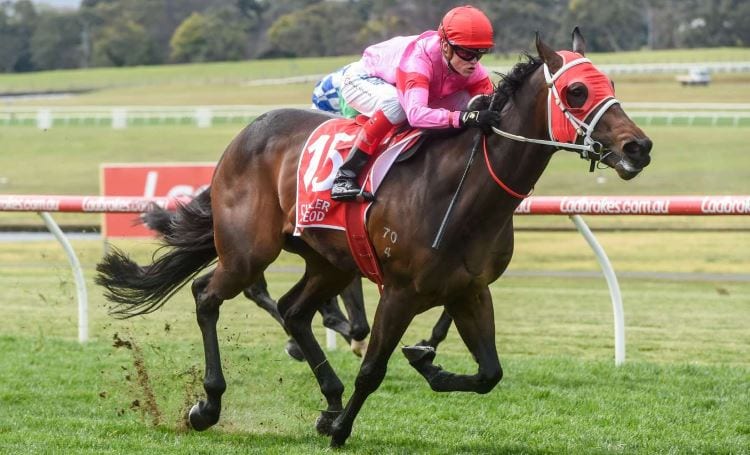 The night racing circuits kicks off at Moonee Valley this Friday night and it starts with a bang.

The $500,000 Group 1 Moir Stakes is the feature for the day and it includes the likes of Russian Revolution, Sheidel and Golden Slipper winner She Will Reign, which is having its first start since the March feature.

It’s an intriguing race and it’s not the only premier race on the card.  The Scarborough Stakes, JRA Cup and Zoustar Stakes all have spring racing implications so it should be a great night on the punt.

This three-year-old burst onto the scene with a 2.25-length win at Caulfield in April before winning the Redoute’s Choice Stakes by three lengths over Al Passem.

The son of I Am Invincible then ran fifth in the Vain Stakes at Caulfield when fresh up this August before running sixth in the McNeil Stakes.

The $1.55 for Houtzen is better than other bookmakers are offering for the talented three-year-old.

The Toby Edmonds-trained filly resumed in the McEwen Stakes where she ran third behind Russian Revolution. That run might have been disappointing for some, but it was always going to need the run and it should strip much fitter for this.

The Magic Millions winner missed the jump slightly on this track last start and was forced to travel wide, but despite looking well-beaten on the turn, she stuck on gamely and battled hard to the line.

She’s short in the market, but punters can run Houtzen through their multi-bets without much risk.

The Lindsay Park-trained speedster will relish the drop back in distance and it has blistering pace over the short course distances.

The three-year-old filly drops significantly back in class having taken on the likes of Pariah, Crown Witness and She Will Reign at its last three starts.

She finished third in the Magic Millions at Gold Coast and she showed her early speed at Flemington as a two-year-old.

Moonee Valley should suit her run-and-gun style perfectly and she will be very tough to beat if she finds the rail.

Punters will be hurting after Star Exhibit reared at the start of the Data Tan Chin Nam Stakes, subsequently losing all hope to win.

The Darren Weir-trained runner is technically having his third run this campaign, but forget about the latest run as it never fully stretched out.

His form on both good and slow tracks is good so the projected rain on Friday shouldn’t make a difference to his winning chances.

The Perth Cup winner has been nearing its best this campaign and this looks a nice race for him. Race-rival Jon Snow will have its supporters, but he needs it heavy so the value is clearly with Star Exhibit.

I Am a Star hasn’t had the best time of this campaign, but she returns to the track where she secured one of her biggest wins to date.

The Shane Nichols-trained mare won the Group 2 Sunline Stakes at Moonee Valley and it’s always been a track that suits the four-year-old.

Since then she has run in the Doncaster Mile, Sangster Stakes and Memsie Stakes – all at group one level. She’s not facing group one-class thoroughbreds here and that drop in class should give her plenty of confidence.

The biggest danger is Hell or Highwater, but it has been carrying light weights and I Am a Star gets in well at 56.5kg given her credentials.

She’s been crunched in the betting after opening at $4.

There will be plenty of money coming for She Will Reign, but she’s going to get a good run in this and she’ll likely need the outing.

The better value is with Russian Revolution and bookmakers are being generous with the $3.20, despite this race being a group one.

The Snowden-trained sprinter is heading to The Everest and it looks one of the main contenders after its last start win on this track.

The valuable colt will have to work from barrier 14, but he has good tactical pace and Hugh Bowman will likely try and fly the gates and settle him close to the pace.

He drew wide in The Galaxy at Rosehill and subsequently travelled four wide throughout, but it didn’t make a difference around one turn and he was too strong. Expect something similar here.

Quality type from the Busuttin/Young stables which defeated a handy Kiwi runner by over a length last start.

The three-year-old colt by Fastnet Rock is set for the major staying races during the spring and following his quality win last start at Sandown, punters should expect to see him contend those major races.

He’s bred to stay over longer distances, being out of a staying New Zealand mare, and it’s good to see Hugh Bowman taking the ride – that should give punters plenty of confidence.

This isn’t the easiest field, but he should be paying nice each way odds and be tough to beat.