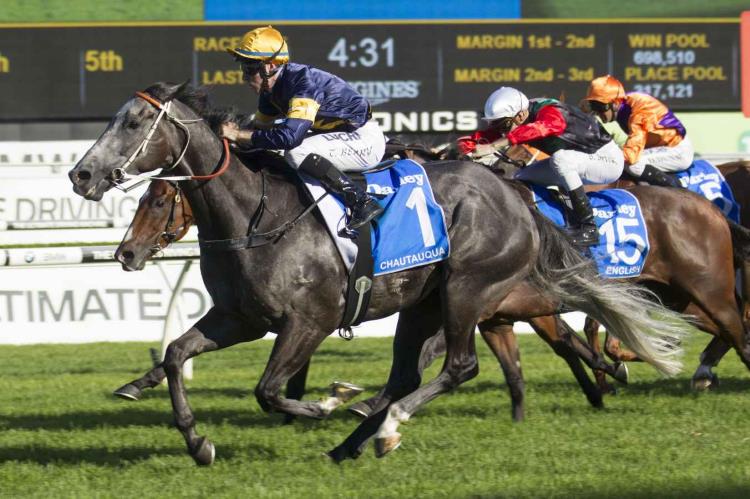 Punters have a wealth of great fields to bet into this Saturday where Winx runs in the Colgate White Optic Stakes and rival Hartnell runs in the Makybe Diva Stakes.

Most of the races at both venues at are stakes level and this Saturday signals the real start to the spring carnival.

The Tea Rose Stakes at Randwick and the Danehill Stakes at Flemington feature some of the best three-year-olds in the country and there are great bets across both betting cards.

It’s hard not to be impressed with Royal Symphony’s three unbeaten runs to date.

The Tony McEvoy-trained three-year-old colt hasn’t been tested in any of its runs, winning by big margins and he looks to have a sizable future ahead of him.

His last two wins came at Flemington which is ideal and he defeated Anchor Bid by 4.25 lengths last start, which has since been franked impressively.

We expected a shorter fixed odds price, but punters should jump on the current odds as they might not last long.

Track conditions might play a part in this race, but we’ll happily take the best horse in the race at nice odds of $4.

The Hayes/Dabernig-trained star won the Blue Diamond impressively last season before failing in the heavy conditions during the Golden Slipper.

She needed the run back from a spell last start and it was still a solid effort behind the unbeaten Crown Witness. She will bolster up nicely from that run and she should be in good order for this.

If the track gets into the slow or heavy range there could be reason for concern, but she has the turn-of-foot to overcome any negative factors.

The quality runner of this field and he looks to have this race at his mercy.

The James Cummings-trained seven-year-old has successfully avoided taking on Winx this preparation and so far, that has worked out well for him.

The three-time winner at this distance has performed well at Flemington in the past, which included a placing in the Melbourne Cup, and he loves the sting out of the ground.

He has won five from 10 starts on a slow track and with rain predicted throughout the week, the conditions should be ideal for the superstar.

$1.70 is short, but he’s a great bet and they shouldn’t get close to him with the right run in transit.

She’s got her foot on the till after two solid runs this campaign and she looks ready to perform here.

Darren Weir trains the six-year-old mare by Testa Rossa which closed well out wide last start in the Heatherlie Handicap.

She was no match for Hartnell in the P.B. Lawrence Stakes prior to its most recent run, but this is a step down in class by some stretch and there will be no excuses from the inside barrier.

She carries a rating of around 101 which should be good enough to win this race and there are many out of form runners filling up most of the other spots in this field.

The win last start might not have looked very impressive, but there was good merit with that performance and he’s on the way up.

The Cummings-trained three-year-old has been in and around the top form throughout his career with a placing behind Invader and a win over the highly-touted Kementari in May.

His run in the Sires’ Produce wasn’t his best, but the track wasn’t ideal and he has come back with two good performances since.

It’s good to see Hugh Bowman riding Malahat as opposed to its stablemate Marsupial and that should give punters plenty of confidence.

Dubbed “Tom Sydney” by some, Tom Melbourne probably could have won both starts in Sydney this preparation.

The Chris Waller-trained seven-year-old didn’t get clear running until very late in the Spring Preview and he fought gamely behind Happy Clapper last start.

The five-time winner has been tough to follow, but he’s not running bad races and he brings plenty of ability to this race where Comin’ Through is the current favourite.

Tom Melbourne maps better for this race and there’s good value with that price.

This isn’t the easiest field to sort through, but Champagne Cuddles looks prime fit and ready to go.

The Bjorn Baker-trained filly kicked off her campaign with a win at Randwick over Lipizzan before running third and second behind Formality.

She got a little too far back last start at Randwick and she will likely have to settle back again from barrier nine, but there should be plenty of pace on up front which will suit ideally.

She might be able to get a drag on the back of Tulip and launch with a big run late.

Any time punters can get $3.60 for a champion sprinter is a chance that should be taken.

The low-flying sprinter is fresh up having won the T.J. Smith Stakes at his last run during The Championships where he produced one of the must-see performances of this year.

He loves running fresh with five wins from eight starts and although current favourite Redzel has been hardened with a fresh up win, Chautauqua is a couple of lengths better.

The track and distance hold no fears and punters should expect to see Chautauqua drop out the back and come with a huge finishing burst as usual.

The public money will come late so now is the best time to bet.