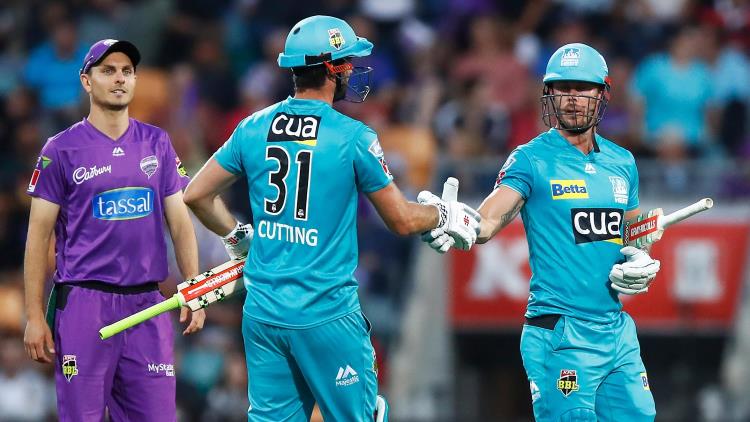 We have expert betting tips for all 10 BBL Week 4 games this week.

It’s a busy Big Bash League schedule this week with 10 games for punters to bet on.

Action starts on Monday with the Thunder vs. Heat and ends when the Stars take on the Sixers on Sunday night.

The Heat showed why they were the pre-season favourites when scoring 212 runs last week. They defeated the Hurricanes with ease and it was a big bounce back after scoring just 109 against Perth earlier in the week.

For the Thunder, they lost to the Melbourne Stars with only two balls left and they will be looking to get back to winning form.

It should be a close game but the Heat have found their confidence.

The season is effectively over for the Melbourne Renegades, which have yet to win a game from six matches.

It was heartbreak against the Sixers last week, losing with one ball left. It just added pain to an already painful season for the Melbourne-based franchise.

They then lost to the Melbourne Stars with seven balls left and now they come up against a Perth team looking for revenge.

Perth was beaten by the Hurricanes on Sunday night but they scored 172 runs. That should be enough to beat the Renegades.

The Sixers find themselves in second position on the ladder after the Strikers on Sunday.

They face off once again here and although it was a close game last time out, with the Sixers winning with three balls left, we’re expecting them to win again.

The Sixers just had too much firepower and with five wins from seven games this season, they’re exceeding expectations of many.

Sydney should prove tough to beat.

The Melbourne Stars have rocketed up the Big Bash ladder and now sit at the top of the eight-team competition.

Having posted recent wins over the Renegades and Thunder, the Stars will look to score another win over the Thunder.

They have a team that has a powerful batting lineup and many teams are finding them tough to bowl out. They lost only two wickets for 143 runs against the Renegades and that’s top form.

The Thunder are tough to beat but we’re giving the edge to the Stars in front of a big home crowd.

There are no easy games in the BBL and this is another challenge for the Heat, as they try to dig themselves out of a hole.

Brisbane has the talent to go all the way this season but they started poorly. The ship was righted last week when beating this very Hobart team.

Hobart are capable of turning the tables but not if Chris Lynn gets going, as he did last week.

The advantage is with the home side.

It’s hard to imagine a team going winless in this format of cricket but the Renegades have somehow managed it.

Facing the Stars could add more misery to their season and regardless of whether they win earlier in the week, we’re tipping the Stars here.

Melbourne Stars have a potent lineup and it should be too much for their Melbourne counterparts.

It could be a tough week for both of these teams but one of them will pick up a win here.

We’re expecting the Sydney Thunder to be too strong for the Hurricanes, who face another game on the road in Week 4.

The travel could be too much for Hobart and Sydney have shown enough this season to suggest they could win it all.

There won’t be much between these teams on Saturday. Perth have only two wins on the season but they are a team that can score runs.

The same can be said for the Heat, who have shown both sides of the coin this season. They have scored low totals but hit back with their biggest ever total last week.

Tough game to predict but we’re going with the Scorchers to pull off a minor upset at home.

We haven’t picked the Renegades to win this week and we’re not going to change any time soon.

They haven’t shown us the ability to close out games and there is nothing wrong with this Adelaide Strikers outfit.

Adelaide is a team that can set a big total and defend it easily. Based on that, we’re going with the home side in what could be another loss for Melbourne.

Punters get a cracking game to close out Week 4 as the Stars take on the Sixers.

Melbourne is awfully tough to beat at the MCG and the bigger boundaries makes them even harder to beat.

Sydney is no slouch, however, so we’re not overlooking their chances. They have a stout bowling attack and if they get to the Stars early, they should win.

However, Melbourne is a complete side and should be tough to beat.