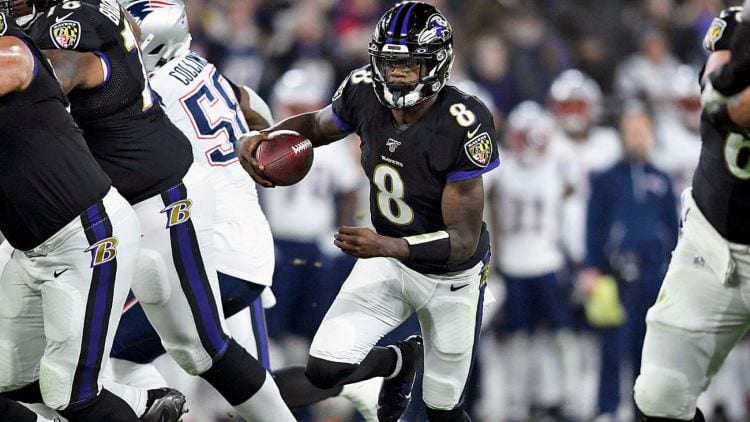 We have expert betting predictions for Week 10 of the 2020/2021 NFL season, which starts on Friday with the Colts vs. Titans.

Punters get plenty of quality NRL games to bet on this week, including Bills vs. Cardinals, Seahawks vs. Rams and Ravens vs. Patriots.

The Colts attracted plenty of money last week against the Ravens, but costly errors contributed to a loss.

For the Titans, it was a bounce-back effort when beating Chicago by seven points. They relied heavily on Derrick Henry, so expect more of the game this week.

Both teams match up well and it should be a close game.

The Texans are treading water this season with a 2-6 record, but it’s not too late to make a late-season charge.

Houston has gone through some changes, including their head coach, but a win on the road against Cleveland would make a statement.

We think they can pull off the upset and score at generous odds.

Washington and Detroit have been tough to follow this season, but despite an 0-3 record at Ford Field, we’re going with the Lions.

They are coming off a disappointing loss, but punters can see the ability. They have the right pieces, but playing with more intensity could take them to another level.

It should be a close game so take the head-to-head option.

Jacksonville is struggling at 1-7 this season and their struggles could continue at Lambeau Field on Monday.

Green Bay hasn’t been as good of late as they were to start the season. However, they are 6-2 and Aaron Rodgers will have a poor defense to throw against.

13.5 points is a big line to cover, but the Jaguars are playing for a higher draft pick, so we can’t back them.

The Eagles somehow lead their division with a 3-4-1 record, but that should give them confidence going forward.

Despite quarterback Carson Wentz having one of his worst seasons on record, the Eagles are doing enough to get by.

New York have improved lately, but they blew a great chance to beat the Buccaneers last week and it could cost them.

The Buccaneers are in some trouble after being trounced by the New Orleans Saints last round.

It came after they got extremely lucky to beat the Giants, so Tom Brady and his men have some sorting out to do.

Carolina could jump on that and pull off a minor upset on Monday, and punters are getting odds worth snapping up.

The Raiders are going along nicely this season at 5-3, and they should be able to handle the inconsistent Broncos.

Denver hasn’t been a great bet for punters so far this season and playing in a newly-minted stadium in Vegas won’t help them.

It should be a close contest, but we’re giving the edge to the home side.

Miami showed that they are no pushovers this season following their upset win over Arizona.

Tua has shown plenty of ability in his two starts and the rookie quarterback will only get better with time.

They have the ability to handle the Chargers, who are coming off a gut-wrenching loss in the final seconds of the game last week.

The Bills got back to their winning ways last week and they could capitalise on a Cardinals team that suffered a shock loss.

Arizona couldn’t get past Miami, but they are still favoured to win this game. Buffalo scored 44 points in their win over Seattle, so we have to go with them again.

Josh Allen has been playing well and Stefon Diggs continues to put up big numbers.

Seattle looked like Super Bowl contenders to start the season, but their defense couldn’t be any worse.

They are the league’s worst defense and they gave up 44 points against Buffalo last week. Something needs to change if they’re going to beat the Rams at home.

LA has a much better defense and that could be the difference on Monday.

We have no idea why the Saints were $3 underdogs to the Buccaneers last week, but we weren’t complaining.

They scored an emphatic win and another big effort could be on the cards against an injured 49ers outfit.

Bookmakers have the line set at 9.5, but expect that to move later in the week.

The Steelers got lucky to beat Dallas last week, but they improved to 8-0 and they will derive confidence from that.

It wasn’t a vintage Steelers performance but knowing they can play that poorly and still win is a bonus.

The Bengals are a tough team to trust and although Joe Burrow has improvement to come, this Steelers defense won’t give him an inch.

The Patriots are in trouble and they barely got past the New York Jets on Tuesday. The Jets essentially handed the Patriots the win in the fourth quarter, but the team looked poor.

Baltimore looked much better when beating the Colts, and we’re expecting them to improve as the season progresses.

Lamar Jackson will run rings around this average Patriots defense.

After starting the season off well, the Bears are coming back down to earth at a rapid rate. Now with a record of 5-4, the Bears are just holding onto a winning record.

The Vikings have looked better in recent weeks and we’re not surprised to see them installed as favourites.

Stick with the Vikings in a game that could go either way.