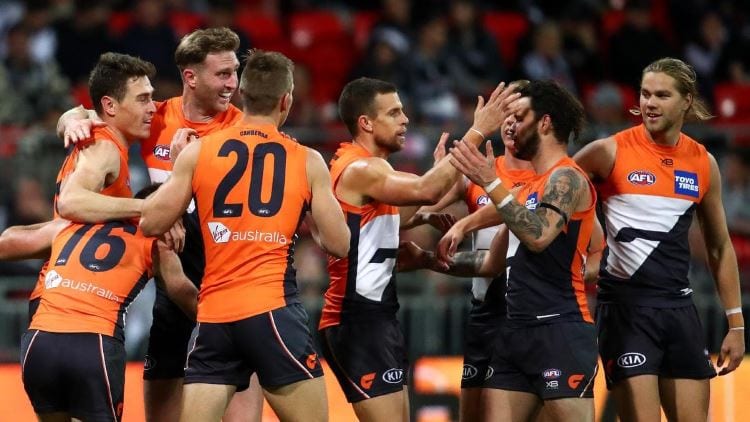 We have expert betting tips for all Round 19 AFL games this week.

There are plenty of good betting games this week, including the Friday night thriller between the Collingwood Magpies vs. Richmond Tigers.

The Magpies are in a bit of strife at the moment after suffering another loss to the GWS Giants on Saturday.
It’s about to get more intense as they face the Richmond Tigers in what should be an epic battle to kick off round 19.

Tigers continued their strong form with a win over the Power (101-63) last week and they’re certainly one of the form teams of the competition.

Bookmakers are siding with the Tigers and it’s hard to go against that.

Bookmakers have framed this game to be a close contest and it should be just that.

The Hawks looked good when beating the Geelong Cats last week and that’s form that will hold up very nicely for the rest of the season.

Form is also with the Lions, which scored a comfortable win over the Kangaroos last week to extend their winning streak.

This is another top-quality fixture and we’re siding with the home team but only just.

Figuring out the Adelaide Crows this season has been mission impossible as they looked distinctly average against the Bombers last week.

Despite that performance and many head-scratching performances this season, the Crows are favoured to beat the Blues.

Carlton defeated the Suns last week, as most teams do, and that should give them some confidence going forward. It hasn’t been a great season for them either, but we’re smelling an upset on Saturday.

The Eagles are coming off a good win over the Melbourne Demons last week and they should be able to keep that momentum alive here.

North Melbourne were solid against the Brisbane Lions but they had their chance to win and didn’t take it. That has been the story of their season to date and playing the Eagles at home doesn’t make life any easier.

Bookies have the Eagles as the overwhelming favourites and we see the game going in their favour.

The Saints were cooking last week when beating the Bulldogs 116-89 on Sunday and they could take advantage of a reeling Demons team.

We continue to say it every week, but the Demons look awful this season and we can’t see that form turning around any time soon.

St Kilda isn’t a premiership contender but they have more going for them than the Demons right now, so we’ll take the value on offer.

The Giants are the favourites to win this game on the back of a terrific 112-75 win over Collingwood last week.

That was a statement win for the club and although they go into enemy territory in Round 19, they could come out the other side with a win.

Port Adelaide looked poor against the Tigers last week and the opposition doesn’t get any easier here.

The line is currently set at 7.5 points in favour of the Giants and it’s tough to disagree with bookmakers on this occasion.

There shouldn’t be much between these two teams and bookmakers are thinking the same. The Bulldogs are the $1.58 favourites following a loss to St Kilda and the Dockers were one-point winners over Sydney.

That bodes well for AFL fans here as we should get a competitive game to kick off Sunday and we’re picking a home victory.

The Dogs have enough fire power to hold off the visiting Dockers.

Considering this is 1st vs. 14th, we’re a little surprised to see the bookmakers open the Cats at $1.47.

We know they’re coming off a disappointing result against the Hawks but they’re still one of the best teams in the competition and should dispatch the Swans.

The Swans couldn’t beat the Dockers last week so we are struggling to see how they can make such a quick improvement over a better side.

Essendon is playing at a good level right now and they should steamroll through the struggling Gold Coast Suns here.

The Bombers scored a 96-75 win over the Adelaide Crows in Adelaide last week and given just how bad the Suns are this season, we’re expecting nothing short of a win.

Bookies have 39.5 points as the difference and although that’s a big line, Essendon are capable of covering it.