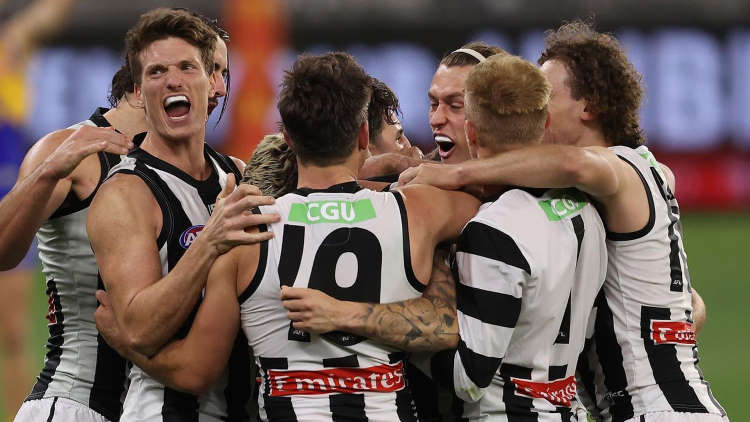 Week 2 of the AFL Finals starts on October 9 with the Tigers vs. Saints, and we have expert betting tips for both games.

Punters got treated to four amazing games last week and we look at the form of the Tigers, Saints, Cats and Magpies this week.

The Richmond Tigers are always tough to beat come playoff time, but the Brisbane Lions got the better of them last week.

It forces the Tigers to have to play the Saints on Friday night, and St Kilda looked smart when beating the Western Bulldogs.

The 67-64 win was a tough effort and it got close late, but the Saints looked sharp when shifting the ball through the midfield. They were able to clear the defensive pressure with ease and it made for great scoring chances.

The 10-goal performance was a nice start to their finals campaign, but the quality of opposition increases significantly this week. Facing the Tigers isn’t easy, especially when they are coming off a humbling loss.

Richmond didn’t play too poorly against Brisbane but they didn’t convert their chances in the final quarter. A complete effort is needed this week to get past St Kilda, but the likes of Trent Cochin, Dusty Martin and Jack Riewoldt won’t die wondering.

The last time these two teams met was in June where it was St Kilda coming away with a 93-67 win. However, they could lose Jake Carlisle for this game, which could have a big impact.

Richmond are the $1.30 favourites with bookmakers, with a margin of 18.5 points. We are expecting that line to see plenty of action on both sides.

We are favouring the Saints with the points. They are good enough to keep this game close and push Richmond to their limits.

An epic game between the Cats and Magpies is expected on Saturday as Collingwood looks to tame the wild Cats.

Geelong was out of sorts against minor premiership winners’ Port Adelaide last week, so they will need to find their championship qualities.

The 58-42 loss to the Power was a perplexing effort from Geelong, who scored only five goals and 12 behinds. If they could have converted the behinds into goals, it could have been a different story.

It was a different story for Collingwood, who despite finishing eighth during the regular season, were able to beat the West Coast Eagles.

The gripping 76-75 result will give the Magpies plenty of confidence this Saturday and their recent history against Geelong reads well. They have won their last two games, including a 57-35 win in July.

Having recent winning form against a team is important for punters to look at, so that’s a plus for Collingwood backers.

Despite looking only fair during the regular season, their recent form isn’t any worse than Geelong. They lost by eight points to the Lions and by 16 points to the Power, so they weren’t bad performances.

They are good enough to cause the minor upset and there isn’t much confidence with this Cats outfit.

🤑 Who should you bet with for AFL Finals Week 2?

💰 What is the best bet for AFL Finals Week 2?

🏉 What is the fixture for AFL Finals Week 2?

Read our AFL Finals Week 2 preview and bettings tips to find out all of the fixtures and locations for the round!