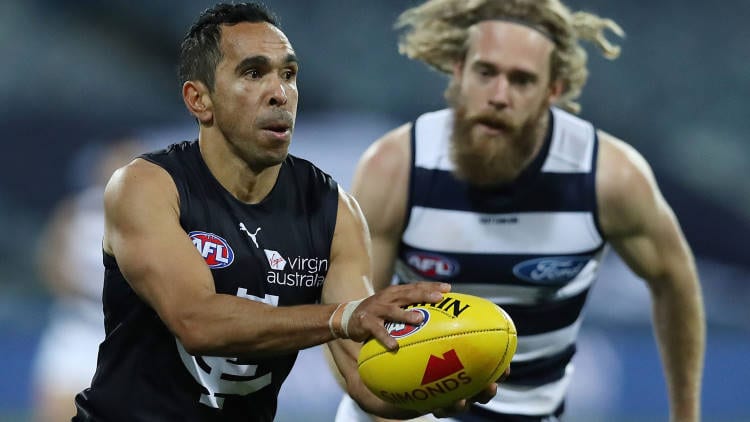 AFL action continues this week and there are some exciting games on the schedule. Punters will be looking forward to the Giants vs. Magpies and Hawks vs. Kangaroos clashes.

We have expert betting tips for all nine AFL Round 4 games this week.

Both the Swans and Bulldogs are coming off Round 3 victories and it should make for a good opening game.

The Swans scored a 71-60 win over the North Melbourne Kangaroos and they controlled most of the game. It was a solid effort and it should give them confidence for the rest of the season.

The Bulldogs were equally impressive when beating the Giants 57-33. It was a good defense display as they controlled the ruck and slowed down the Giants scorers.

We are favouring the Bulldogs in a close one.

Punters are expecting big things from the Giants but they haven’t seen much in 2020. They have been disappointing and a big game awaits them against the Magpies.

Collingwood scored an 81-37 win over the Saints last week and that win should see them heading in the right direction.

The Magpies have shown more to date and we’re sticking with them.

The Power continued their good start to the 2020 season with a 70-41 win over Fremantle. It was an expected win, but they still got the job done in what could have been a tricky game.

The West Coast Eagles, on the other hand, didn’t look so good against the Brisbane Lions. It was a disappointing effort and bouncing back won’t be easy against the Power.

Stick with Port Adelaide as they are playing better footy.

The Saints were no match for Collingwood last week but they could pounce on a Tigers team down in confidence.

Richmond didn’t fire a shot against Hawthorn last Thursday night, scoring only 39 points and giving up 71 in the process.

Richmond does, however, have the significant class edge over St Kilda and they should bounce back with a victory.

Essendon didn’t play last week but they are expected to take the field against the Blues on Saturday night.

It is tough to know what players will be taking the field, so bookmakers are holding off on an opening line.

The Blues are coming off a massive upset over the Geelong Cats and they could go back-to-back. It was a 79-77 win over Geelong, but they led by double-digits for most of the game.

Stick with the Blues.

We’re not sure what has gotten into the Suns this season, but they have played excellently since lockdown ended.

They are now favourites to beat Fremantle after winning against the Adelaide Crows last week. The Crows are awful this season, but Fremantle is coming off a loss to the Power.

It should be a close game but confidence is key and the Suns have it.

The Lions are full of confidence following a win over the West Coast Eagles and they get to play the Crows this week.

Adelaide is one of the worst teams in the competition in 2020 and that is likely to continue this week. We like the Lions playing at home and they should score another win.

Bookmakers have the Lions as heavy favourites and although 32.5 points is tough to cover, the Crows are giving up big totals.

The Demons didn’t play last week against the Essendon Bombers and facing the Cats could be a tough ask this week.

Geelong is looking to rebound after playing poorly against Carlton. It was a loss that wasn’t expected and that could be bad news for Melbourne.

The Demons aren’t exactly hot property this season, following on from 2019. Therefore, we expect the Cats to bounce back with style.

The Hawks couldn’t have been more impressive when beating the Tigers last week. It was a comprehensive display when scoring a 71-39 win and they could remain in form.

The Kangaroos lost to the Sydney Swans in a tight tussle, but they could easily bounce back to winning form.

There won’t be much between these sides but Hawthorn looks slightly better.

🤑 Who should you bet with for AFL Round 4?

Our top rated and recommended bookmaker for round 4 of the AFL season is Sportsbet – JOIN HERE.
Other top rated bookmakers for AFL Round 4 include BetEasy, PlayUp, and SportsBetting.

To find out our best bets for Round 4 of the AFL season, read our full round 4 preview and betting tips!

📺 How can I watch Round 4 of the AFL season?

🏉 What is the fixture for AFL Round 4?

Read our AFL Round 4 preview and bettings tips to find out all of the fixtures and locations for the round!