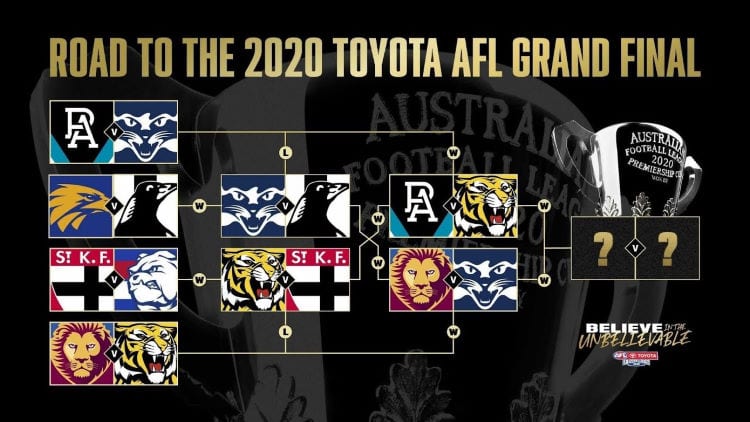 Week 3 of the AFL Finals starts on October 16 with Port Adelaide vs. Richmond, and we have expert betting tips for both preliminary finals games.

We also have tips for the Brisbane Lions vs. Geelong Cats on Saturday, which promises to excite AFL fans around the country.

A spot in the AFL Grand Final is on the line and we look at the form of all four teams.

Bookmakers can’t split Port Adelaide and Richmond for the first preliminary final on Friday night and we don’t blame them.

The Power had the week off after beating Geelong in the first week of finals, and based on last week’s performance from the Cats, it’s a great form guide.

Geelong scored an emphatic 100-32 win over the Collingwood Magpies, so that adds credit to the Power’s win a week earlier.

However, standing in their way of a Grand Final spot is the Richmond Tigers, who convincingly defeated St Kilda last Friday. The 80-49 victory was one-sided but the Saints were without a couple of their star players.

Richmond looked like the team that has won more finals than it has lost over the last few years, and they could get back to that form.

Their experience in preliminary finals gives them an edge over the Power, but Port Adelaide has looked better this season.

Playing at the Adelaide Oval won’t be easy for Richmond, so that is a big positive in favour of Port Adelaide backers.

We can find cases to bet on both teams, but we are going with our gut. Port Adelaide has had a great year and we see that continuing this week.

They deserve their chance to shine, but they’ll need to play their best footy to get there.

The Brisbane Lions earned their spot in the preliminary final with a win over the Richmond Tigers. It was a top effort to win 69-54 and that form was franked by the Tigers last week.

Brisbane has been one of the best teams throughout the season and they will take some stopping, but it depends on what Geelong team shows up.

It it’s the Geelong team that lost to the Power two weeks ago, Brisbane should be winning. However, if it’s the Cats that scored a 100-32 win over Collingwood last week, it will be a close game.

The Cats were almost perfect against Collingwood, especially on set shots and defense. They kicked at a great clip and they limited any chance of Collingwood getting out of their own half.

Stifling defense wins finals games and the Cats could bring the heat against the home side on Saturday night. They also have a good recent history against Brisbane, which includes a 73-46 win in July.

However, the Cats have lost two of their last four games overall, so they’re not consistently as good as Brisbane, who are riding an eight-game winning streak.

Extending that record to nine is possible, especially playing in front of a packed house at The Gabba. That could give them the edge but the likes of Charlie Cameron and Eric Hipwood will need to convert their goals.

Geelong comes packed with experience, including Gary Ablett and Patrick Dangerfield, who is in stellar form in the AFL finals.

Tom Hawkins has also been impressive for the Cats, so they have many weapons at their disposal.

It is a tough game to call but we are taking the value for Geelong.

🤑 Who should you bet with for AFL Preliminary Finals?

💰 What is the best bet for the AFL Preliminary Finals?

📺 How can I watch the AFL Preliminary Finals?

🏉 What is the fixture for the AFL Preliminary Finals?

Read our AFL Preliminary Finals preview and bettings tips to find out all of the fixtures and locations for the round! 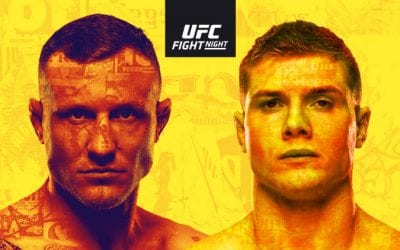