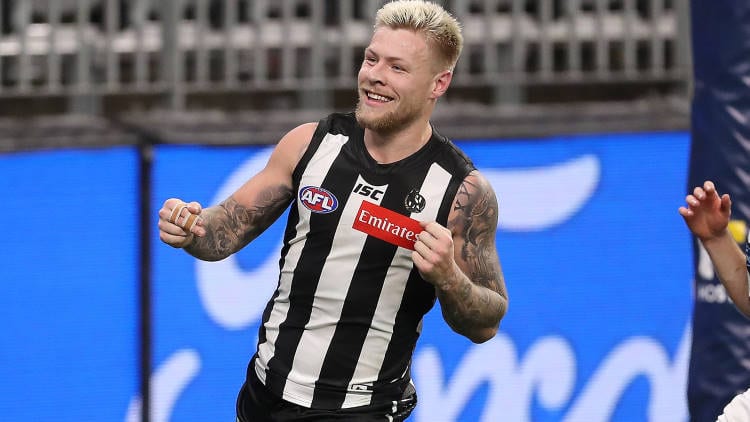 Punters have enjoyed a quality AFL season to date and action continues for Round 8.

Action starts on Thursday night with the Gold Coast Suns vs. Western Bulldogs and there are some quality games over the weekend.

We have expert betting tips for all nine games in Round 8.

The Suns got back to winning form when beating the Sydney Swans by 32 points last week. It was a determined effort from this improving side.

It holds them in good stead against a Western Bulldogs team that also found confidence last week when beating the Essendon Bombers.

The Bulldogs scored 14 goals in a one-sided affair and they should be tough to beat again on Thursday night.

There wasn’t much to cheer about for Giants fans last week, going down to the Brisbane Lions by 20 points.

Positives can be taken from that game but the Tigers were sizzling against North Melbourne and they’re going to be tough to beat.

The Tigers went 11.11 against North Melbourne, but it was their defense that showed up. The Kangaroos scored only two goals and 23 points in total.

The Giants are favourites for this game but we’re picking a slight upset.

There wasn’t much to get excited about for Kangaroos fans last week after losing heavily to the Tigers.

It was a dismal effort on attack and it will have the coaching staff scratching their heads. A much better performance is needed against a Carlton side that should have confidence.

Carlton may have lost to Port Adelaide but it was only a three-point game. It was a huge effort to get so close and the Kangaroos don’t pose nearly as many threats across the park.

The Swans struggled to fire against the Suns last week and they will need to improve significantly in Round 8.

However, they are facing a Hawthorn side that is also struggling for confidence. The Hawks lost 91-48 to the Melbourne Demons on Sunday and more points will be needed.

Bookmakers could have a tough time separating these two teams on game day but the Hawks hold favouritism at the moment. Expect to see money come for the Swans, who could be the better betting proposition at the odds.

The Power continued their good season with a hard-fought win over Carlton last week. It wasn’t the most polished performance but it was a win all-the-same.

It consolidated their good position on the AFL premiership ladder and we are expecting them to win again.

The Saints are coming off a good win on Monday night, but it came against the Adelaide Crows. There is a much better Adelaide team standing in their way this week.

The Bombers were shocked last week but this is a great chance to get back into a winning groove.

Essendon were beaten by the Western Bulldogs at home and although they are playing away from home this week, the Adelaide Crows have rolled over.

It has been a long season for the Crows and Monday night’s loss to the Saints added to their pain. Punters should keep the faith with the Bombers.

It hasn’t been a stellar season for the West Coast Eagles to date but they are coming off a tidy 30-point win over Fremantle.

We are still waiting to see the best from the Eagles and they have a chance to show off against a tough Collingwood outfit.

The Magpies won a tough battle over the Geelong Cats last Thursday and they get plenty of time to recover. The 10-day break should help restore any niggling injuries and make the Magpies a tough team to beat this week.

The Lions roared to victory over the Giants last week and that confidence could be enough to win again in Round 8.

Brisbane won 88-68 over the Giants and it was a good turnaround following a disappointing loss the week prior.

Melbourne is also playing better now after their win over the Hawks. The Demons are starting to live up to their potential and this could be a tricky game for Brisbane.

However, we’re expecting class to rise to the top.

We expected more from Geelong last Thursday night but they were coming up against a tough Collingwood Magpies outfit.

Getting back to winning form will be easier against Fremantle, who scored only 32 points against West Coast last week.

Geelong has more upside and more talent this season, so expect a bounce back effort.

🤑 Who should you bet with for AFL Round 8?

Our top rated and recommended bookmaker for round 8 of the AFL season is Sportsbet – JOIN HERE.
Other top rated bookmakers for AFL Round 8 include BetEasy, PlayUp, and SportsBetting.

To find out our best bets for Round 8 of the AFL season, read our full round 8 preview and betting tips!

📺 How can I watch Round 8 of the AFL season?

🏉 What is the fixture for AFL Round 8?

Read our AFL Round 8 preview and bettings tips to find out all of the fixtures and locations for the round!