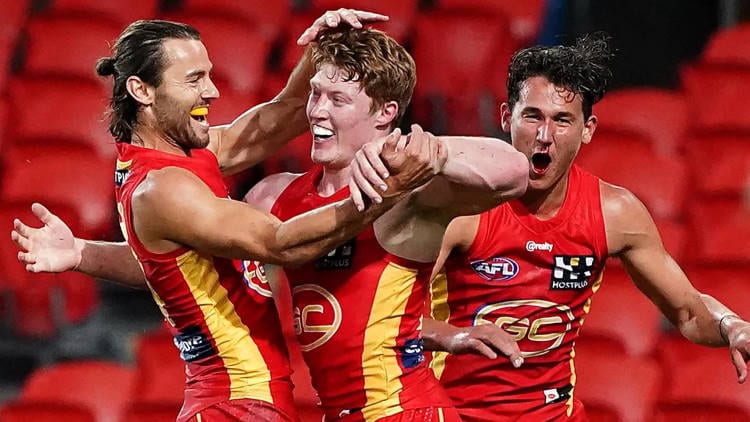 It was great to see AFL action return last week and we now move to Round 3. More quality games are being played this week, which kicks off on Thursday.

We have expert betting tips for all nine AFL Round 3 games this week.

Richmond made a good comeback against the Collingwood Magpies on Thursday, but they would have felt as though they let one slip.

After being behind 25-1 after the first quarter, they had plenty to do. However, the Tigers led by a point with only a minute remaining.

The draw result didn’t please anyone, but we’re expecting the Tigers to put away the Hawks, which lost to Geelong 108-47.

Both the Bulldogs and Giants are coming off disappointing Round 2 losses. The Giants were upset at home by the Kangaroos (60-80) and the Bulldogs lost to the Saints (88-49).

They will need to rebound back to their best here, but only one team will come away with the win. We think that will be the Giants, which have a higher ceiling this season.

GWS should be able to iron out the kinks and produce a much better performance.

The Kangaroos pulled off the upset win over the Giants last week and that momentum could carry on to Round 3.

Scoring 12 goals will give North Melbourne plenty of confidence and they face a team that wasn’t good enough to beat the Bombers.

Sydney lost by six points to Essendon on Sunday and although there were positives to take out of that game, it was still a loss.

A competitive game is expected here but give the edge to the Kangaroos.

It is never easy coming off a draw, but the Magpies should take plenty of benefit from their Round 2 outing.

Despite leading 25-1 after one quarter, it ended up being a good draw for the home side. They scored a late behind to tie the game, which was a fair result from a tight contest.

The Saints are coming off a tidy 88-49 win over the Western Bulldogs. They scored 14 goals and that is a good sign for the rest of the season.

Collingwood has the class edge, however, so we are tipping them to win.

The Lions fought hard for their 81-69 win over Fremantle and although it wasn’t the most impressive performance, it had merit.

The same can’t be said for the West Coast Eagles, which suffered a very poor loss to the Gold Coast Suns. The 90-46 defeat won’t do their confidence any good and it could be hard to bounce back from.

We are expecting good performances from the Lions this season and they could be tough to beat in these conditions.

It was heartbreak for the Blues last week when losing by a point to the Melbourne Demons. They were guilty of kicking too many behinds and not enough goals, but the game was there for the taking.

They are facing a much harder task against the Geelong Cats this week. The Cats looked strong when beating the Hawks 108-47, which was a dominant performance.

Punters should be expecting a similar score line this week.

The Suns are coming off a rare win when beating the Eagles 90-46. It was a shock result in the AFL and even more shocking would be going back-to-back.

However, they’re squaring off against the Adelaide Crows, who didn’t impress many with their Round 2 showing.

The 110-35 loss to Port Adelaide was awful and many critics are labelling them as a bottom four team. We’re not sure if there is enough confidence to bounce back and win this game.

Two Round 2 winners square off against each other as the Bombers take on the Demons.

Essendon were too good for the Sydney Swans last week, scoring a six-point victory. It should give them confidence going forward but the Demons also have confidence.

Melbourne was able to beat Carlton by a point and although that’s not the best form guide, getting the win was important.

Scoring only eight goals is a worry and the Bombers could take advantage.

Port Adelaide were one of the more impressive teams last week, scoring a runaway victory over the Adelaide Crows.

The same can’t be said for the Dockers, which suffered a 12-point loss to the Brisbane Lions. They will need to lift their game in order to beat a confidence Power side.

Bookmakers have sided with the Power and that’s not surprising.

🤑 Who should you bet with for AFL Round 3?

Our top rated and recommended bookmaker for round 3 of the AFL season is Sportsbet – JOIN HERE.
Other top rated bookmakers for AFL Round 3 include BetEasy, PlayUp, and SportsBetting.

To find out our best bets for Round 3 of the AFL season, read our full round 3 preview and betting tips!

📺 How can I watch Round 3 of the AFL season?

🏉 What is the fixture for AFL Round 3?

Read our AFL Round 3 preview and bettings tips to find out all of the fixtures and locations for the round! 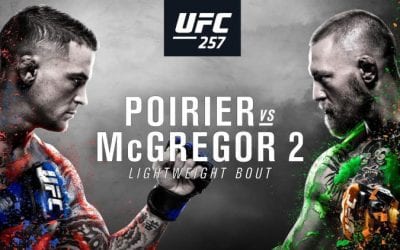