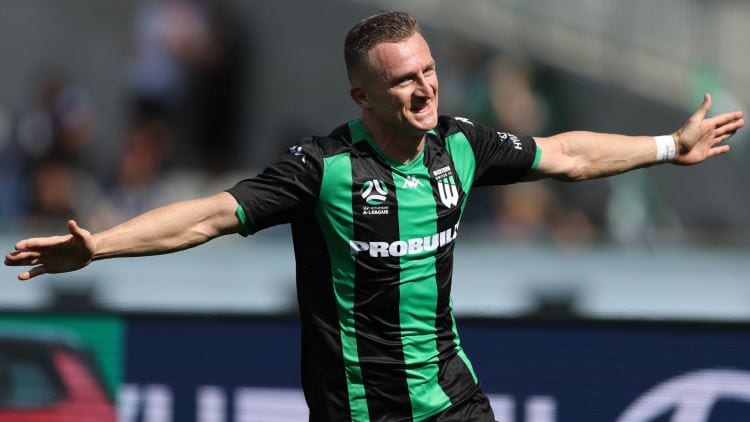 The A-League continues to hot up prior to the festive season with yet another round of tantalising fixtures. Sydney FC find themselves clear at the top of the table following their big win over Brisbane Roar whilst Melbourne City dropped off the pace with a chastening home defeat to Perth Glory. Elsewhere, the problems continue for Melbourne Victory whilst Adelaide United and Wellington Phoenix picked up big wins over Newcastle Jets and WSW respectively.

Here are our picks for the tenth round of fixtures in the A-League:

High flying Western United travel Brisbane Roar as they look to continue their rise up the A-League table. Brisbane continue to struggle massively with inconsistency but have picked up some impressive results; most notably their win over Melbourne City last month but their hammering at Sydney FC last time out was worrying. Western United have acclimatised to life in the A-League with relative ease and despite some inconsistent results, they find themselves 4th in the table with 9 games played. They picked up a big win over Melbourne Victory last time out and they will want to kick on here. Brisbane play their best football at home and shouldn’t be underestimated but Western United could come through this test with all three points.

Two sides looking for points quickly face off at AAMI Park as Melbourne Victory host Wellington Phoenix. Victory slipped to yet another defeat last time out – at the hands of Western United and look to be in real trouble and find themselves in 10th place in the table with only 2 wins to their name this term. Wellington Phoenix meanwhile picked up an excellent win over WSW last time out and are sitting pretty in 5th. Such is the congestion in the league table however that they only sit 2 points above Victory currently. This could be a really good game between two forward thinking sides and it could well end up honours even.

Its top vs bottom in Sydney as the blues welcome bottom side Central Coast Mariners. In-form Sydney FC sit top of the A-League by 5 points following their big win over Brisbane Roar last time out as they look to build on their Championship win from last season. They are a side full of confidence currently and appear to have the legs on their major challengers for top spot this season in the A-League. Central Coast meanwhile are bottom of the pile with 9 games played but with 7 points to their name, are in striking distance of the other strugglers above them. They took a week off last time out and should come into this one refreshed but Sydney should have no issues in picking up all three points here.

Betting tip: Sydney FC to win the match and both teams to score ($1.85) Bet Now

Perth Glory will be looking to build on their big win at Melbourne City last time out as they host WSW. Glory climbed to 7th following their 3-0 win at AAMI Park and they will be hoping this is the catalyst to a successful period over Christmas as they look to climb up into the top 6 for the play-offs at the end of the campaign. Meanwhile, WSW started the season superbly but have slipped down to 6th following a run of defeats. They are winless in their last 5 and their loss to Wellington Phoenix last time out was a particularly chastening one. This could be a tighter game than the bookies predict but Perth Glory should be full of confidence and should pick up another important win.

Betting tip: Perth Glory to win the match and both teams to score ($2.55) Bet Now

Newcastle Jets host Melbourne City in the final game of the weekend with both sides hoping to bounce back from defeats last time out. Newcastle Jets sit 8th in the table but with only 7 games played, they have time on their hands to put a run together and climb up into the play-off spots. They were edged out by Adelaide last time out and they will be hoping to respond here. Meanwhile, Melbourne City dropped down to 2nd following their heavy home defeat to Perth Glory last time out and they too will want to bounce back. They sit 5 points behind Sydney FC but have plenty of time to put a run together themselves and challenge for both the league title and play-off positions. This could be a very close encounter between two good sides and it could well end up honours even.