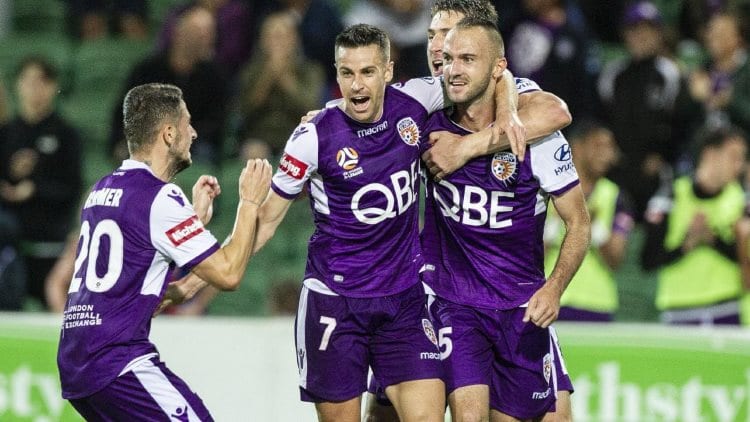 The penultimate week of the A-League regular season is upon us with some of the biggest names in the division facing off with the play-offs on the horizon. Perth Glory still top the pile whilst the likes of Melbourne Victory and Sydney FC queue up in hot pursuit. With the top 6 teams all but decided, teams could be using this opportunity to blood young talent and rest some key men.

Here are our picks for the 26th round of fixtures in the A-League:

Third placed Melbourne Victory travel to fourth placed Adelaide in what promises to be yet another close match up. Adelaide sit a point above Melbourne City and Wellington Phoenix and have climbed to 4th in what has been a very impressive season thus far. Melbourne Victory bounced back last time out with a closely fought win over Central Coast Mariners and they will be hoping for more of the same here. This promises to be a very close game between two well matched sides and it could well end up as a draw, a result that will suit both sides with the play-offs looming.

Two sides that have missed out on the play-offs face off on the gold coast as Brisbane host Newcastle. Brisbane are currently sat in 9th position in the table but their win over Wellington Phoenix last time out will give them cause for optimism here. Newcastle Jets have improved significantly in recent weeks but it is too little, too late as their defeat to Perth Glory last time out saw them mathematically out of the play-off race this season. This could be quite an open game and Newcastle look to be in good form here and could pick up a big win on the road.

Betting tip: Newcastle Jets to win the match and both teams to score ($2.5) – Bet Now

10th take on 8th in the A-League as the Central Coast Mariners take on the Western Sydney Warriors. With only 2 wins this term, Central Coast have struggled all season but showed character in a narrow defeat to Melbourne Victory last time out. Western Sydney Warriors will still be reeling from their derby defeat to Sydney FC last weekend and have missed out on the play offs this term – despite only losing three of their last 8 games. With the pressure off both teams this could be an open game and WSW should have too much about them here.

Betting tip: Western Sydney Warriors to win the match and both teams to score ($2.65) – Bet Now

The final two sides in the play-off shake up face off on Sunday as Wellington Phoenix host Melbourne City. Wellington have upset the odds somewhat to feature in the play-offs at the end of the season but two defeats in their last two matches will be concerning for Mark Rudan. Melbourne City meanwhile have just about hung on to their play-off place and are unbeaten in their last 2, which will give them confidence going into this one. With nothing to split these sides points wise in the table, a draw looks inevitable.

We’re backing two results this week as a double with a betting stake of $50: