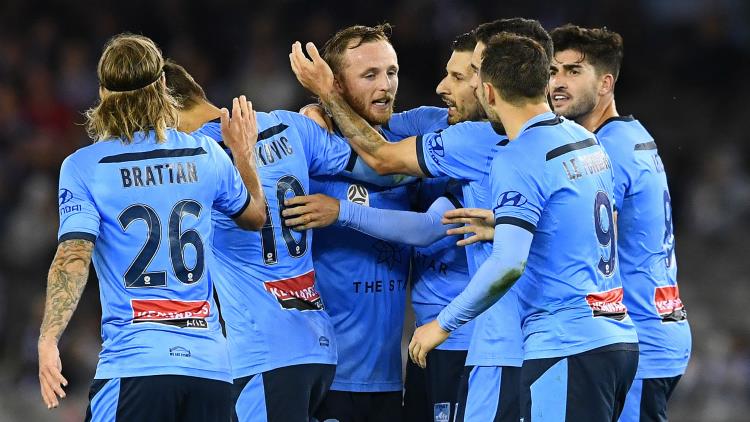 Sydney FC got back to winning ways on the road at Melbourne Victory in game week 22, as the league looks certain to be heading back to the New South Wales outfit. Melbourne City grasped the chance to climb to second with an entertaining win over Perth Glory whilst Central Coast Mariners continued to struggle at the bottom of the table – losing to Wellington Phoenix. Brisbane Roar kept up their fine recent form with an impressive win over WSW whilst Western United picked up the shock result of the weekend – hammering Adelaide United at the Hindmarsh Stadium.

Here are our picks for the 23rd round of fixtures in the A-League:

Brisbane Roar will be looking to maintain their play-off push as they welcome Central Coast Mariners to the Suncorp Stadium. Robbie Fowler’s Roar have climbed up to 5th in the A-League table with five wins from their last 8 league fixtures and their impressive home win over WSW last time out could prove decisive in their play-off push. They only have a 2-point cushion to the other sides chasing a play-off place and they will need to keep picking up results. Eight consecutive defeats have left the Mariners bottom of the table and the gap between themselves and Newcastle in 10th is now 5 points. They were particularly uninspiring in defeat at home to Wellington Phoenix last time out and they will be hoping to bounce back on the road here. Brisbane Roar are in great form and they should pick up a comfortable home win here.

Betting tip: Brisbane Roar to win the match and both teams to score ($2.6) Bet Now

Sydney FC take on Perth Glory in what promises to be a fascinating encounter at the Jubilee Stadium. With a 10-point gap to the chasing pack, Sydney FC look to have the title wrapped up already this season. They bounced back from a poor showing at home to WSW last week with an excellent win on the road at Melbourne Victory and it looks to be a matter of time before they win the league. They are sure to be focusing their attention towards the impending play-offs, so squad rotation looks assured, but they will be eager to keep wins coming in, especially against one of their closest rivals. Following 2 consecutive defeats, Perth Glory have dropped to 4th in the A-League table and they will be looking over their shoulder to the cluster of sides below them in the play-off race. Their loss to Melbourne City last weekend will be a particularly tough one to take but they will be confident they can make up the 3-point gap to the likes of City and Wellington Phoenix immediately above them in the table. This could be a much closer game than many anticipate but Sydney FC should prevail at home here.

Melbourne City will be looking to maintain their lofty league position as they welcome WSW to AAMI Park. The sky blues have won their last two games to climb up to 2nd in the table and they will want to keep momentum going with the play-offs looming. The goals appear to be coming more freely currently too and their 3-2 win at Perth Glory last time out could be the catalyst to greater things this term. WSW meanwhile simply can’t seem to string results together with their most recent loss on the road at Brisbane Roar coming after back to back wins over Adelaide United and local rivals Sydney FC. The Wanderers sit 8th in the table, and they will know that their play-off aspirations are hanging in the balance with a 3-point deficit to overturn. This should be an excellent game at AAMI Park which Melbourne City should pick up three points from at home.

Betting tip: Melbourne City to win the match and both teams to score ($2.85) Bet Now

High-flying Wellington Phoenix welcome Melbourne Victory to New Zealand in what promises to be an excellent game. Phoenix have climbed to 3rd in the table and their win on the road at Central Coast was a particularly professional performance. With a 6-point gap between themselves and the sides outside the play-offs, they will be eager to keep picking up points as they seek a play-off berth come the end of the season. For Melbourne Victory, this season has been a huge disappointment and their loss at home to Sydney FC last time out will do nothing to appease the disgruntled fan base. They had realistic hopes of finishing well inside the top 4 at the start of the campaign but they find themselves 9th and with a 7-point gap to overturn if they are to make it into the play-offs come the end of the season. This will be a fiery encounter in Wellington and with momentum and home support backing them, Wellington Phoenix should come through this one.

Adelaide United will be looking to get their season back on track as they welcome Newcastle Jets to the Hindmarsh Stadium. Four losses from their last 5 matches has seen Adelaide plummet out of the play-off places and they have dropped to 7th in the table. Their defeat at home to Western United was particularly chastening as they went down 5-1 and their fans will demand a response here. For Newcastle Jets, they will see this as very much a free hit on the road at Adelaide. They are unbeaten in their last 5 league matches and they should return refreshed after enjoying a rest week last weekend. This could be a very cagey encounter and with both sides lacking confidence and creativity, a low-scoring draw looks on the cards.

Betting tip: The match to finish as a draw ($3) Bet Now