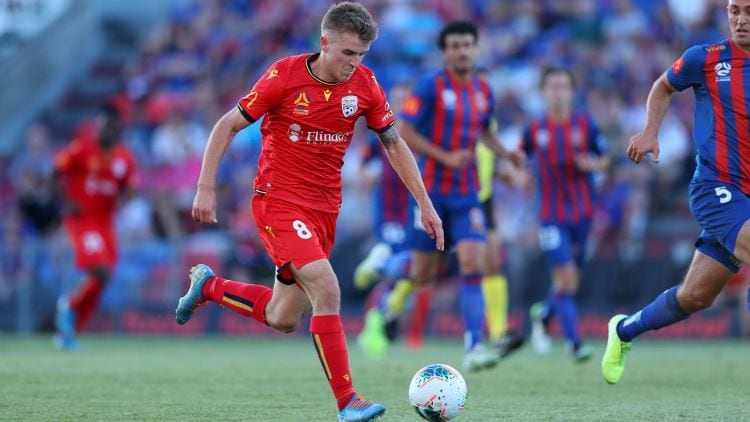 Western Sydney Wanderers are sitting pretty at the top of the A-League table following their famous win over cross city rivals Sydney FC last time out. Elsewhere, Melbourne City picked up a crucial win on the road at Western United, Melbourne Victory did likewise at Brisbane Roar whilst Adelaide United and Perth Glory picked up important victories at Newcastle Jets and Wellington Phoenix respectively.

Here are our picks for the fourth round of fixtures in the A-League:

Sydney FC will be looking to get back to winning ways as they welcome Newcastle Jets to the Leichardt Oval. Sydney FC lost their winning start to the season with a hard fought loss at WSW last time out and the Blues will be doing all they can to appease their expectant fans at home here. Newcastle are a team in need of a win too after only registering one point from their opening two games and the manner of their home defeat to Adelaide United last time out will be a cause for concern for all connected with the club. This should be a really good game that Sydney FC should just about prevail from.

Betting tip: Sydney FC to win the match and both teams to score ($2.5) Bet Now

League leaders WSW will be looking to maintain their 100% start as they welcome Brisbane Roar to the Bankwest Stadium. WSW picked up a famous win over Sydney FC last time out to register their thris win of the campaign and all seems to be going well for Markus Babbel’s side currently. Brisbane Roar meanwhile look to still be adjusting to life under Robbie Fowler and despite showing positive signs, their loss at home to Melbourne Victory was testament to the fact they are a work in progress currently. WSW seem to have all the momentum with them and they should pick up a 4th consecutive win here.

Western United travel host Melbourne Victory in what has the makings of one of the biggest games of the A-League weekend. Melbourne Victory picked up their first win of the season last time out at Brisbane Roar and although they have struggled for rhythm at times, Victory appear to be coming to terms with life after Kevin Muscat. United suffered their first defeat last time out against Melbourne City and they will be keen to bounce back quickly against City’s Melbourne rivals here. There is very little to split the two sides on paper and with only goal difference separating them in the table this looks set to be a draw in Melbourne.

Unbeaten Melbourne City host wooden spoon favourites Wellington Phoenix in what promises to be a fascinating encounter on Sunday. City have made a solid start since Erick Mombaerts was installed as the man to replace a rather unsuccessful spell for the club under Warren Joyce. City picked up a really impressive win over Western United last weekend and they will be looking to build on that here. Phoenix have had their squad decimated through players moving to other clubs in the winter and are still looking for their first points of the season under new manager Ufuk Talay. Phoenix will make this tough for City but the blues should prevail at home here.

Betting tip: Melbourne City to win the match and both teams to score ($2.25) Bet Now

Last season’s league leaders Perth Glory take on perennial bottom side Central Coast Mariners on Sunday. Glory only picked up their first win of the season at Wellington Phoenix last time out but they will be hoping to time their play-off run to perfection this season under Tony Popovic. For the Central Coast Mariners, they will see this game as very much a free hit and they should be refreshed following their week off last time out. The Mariners looked in good shape when picking up a point against the Newcastle Jets but this is a whole new proposition all together and Perth should have no problems in picking up three points here.