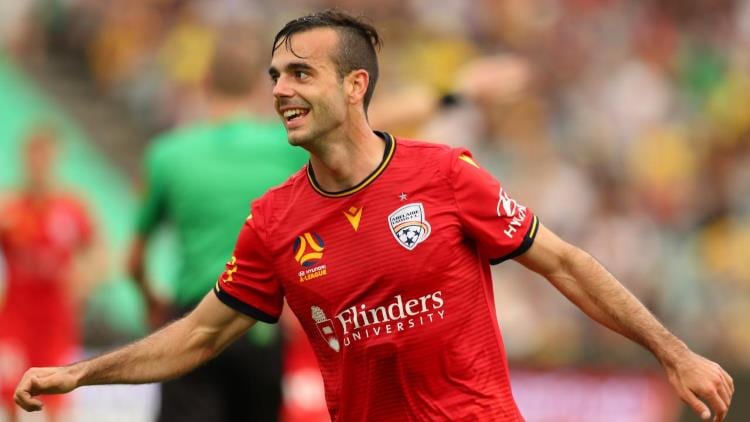 Game week 6 served up its fair share of drama in the A-League with Brisbane Roar picking up their first win of the season in dramatic fashion over table-topping Melbourne City. Meanwhile, Newcastle Jets bagged a superb win on the road at Western United whilst Sydney FC edged out old foes Melbourne Victory. Elsewhere, Adelaide United continued their good run with a solid win at Central Coast and with 10 sides back in action this weekend, it promises to be another action packed A-League program.

Here are our picks for the seventh round of fixtures in the A-League:

Table topping Melbourne City will be looking to get back to winning ways as they travel to third place Western Sydney Wanderers. WSW have only lost once this term and sit 3rd in the A-League table with 10 points to their name. Their defeat to Western United a fortnight ago checked their progress but they should come into this one refreshed after a rest week last weekend. Melbourne City meanwhile still sit top of the A-League table but will be disappointed to have lost to Brisbane Roar after leading 3-1 earlier in the game. Erick Mombaerts will be hoping his side can bounce back in style here in what could be a tricky fixture. This should be an open game with both sides full of confidence and it could well end up honours even.

Betting tip: The match to finish as a draw and both teams to score ($4.4) Bet Now

Two sides locked in the bottom half of the table face off as Brisbane Roar travel to Wellington Phoenix with both sides eager to scale the table quickly. Wellington Phoenix currently sit bottom of the pile and winless in the A-League this term but the manner of their draw with Melbourne Victory a fortnight ago will be a real cause for optimism. Brisbane Roar meanwhile picked up their first win of the season under Robbie Fowler in dramatic fashion over Melbourne City last time out and they will be brimming with confidence coming into this one. This should be a very watchable game between two sides in need of points and it could well end up all square in Wellington.

Adelaide United host Melbourne Victory on Saturday afternoon in what has the makings of a classic encounter. Adelaide picked up an important win on the road at Central Coast last weekend and they look to have recovered from their slow start and now find themselves in 5th place in the table following three consecutive wins. The problems are mounting meanwhile for Melbourne Victory who sit 8th, with only one win this season so far and they looks to be a side lacking in confidence all over the pitch. Melbourne Victory will make this tough for Adelaide but United should come through this test in front of their home fans.

Last season’s top two sides face off as Perth Glory host Sydney FC in what has the makings of an absolute classic. Glory dominated all before them before succumbing to Sydney FC in last year’s final and they look to be suffering a hangover from that somewhat this season and find themselves in 6th position in the table with only one win to their name so far this term. Sydney meanwhile sit 2nd and look to be a side full of confidence currently. They weren’t at their fluent best last time out against Melbourne Victory but they got the job done and they look to be a side firmly in the winning habit. This will be a tight game between two sides who know each other well and it could well end up with the points being shared in Perth.

Western United travel to Central Coast as they look to bounce back from their shock home defeat to Newcastle Jets last time out. United have taken to A-League life with ease but were given a reality check by the Jets and they will be looking to climb up from their current standing of 4th in the table. Meanwhile, Central Coast have been one of the most entertaining sides to watch so far this season and with a win at Perth Glory under their belts already this term, they look to have the makings of a side that can spring a surprise or two on their day. Western United should have too much in the tank here though and should run out pretty comfortable winners.