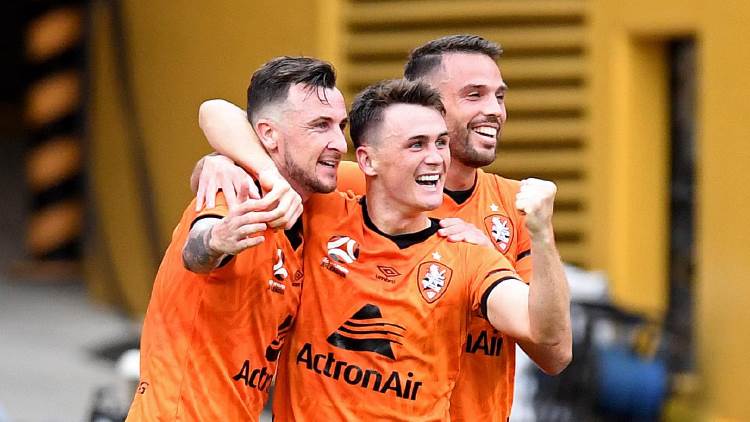 With the hectic festive period on the horizon, teams will be looking to pick up crucial points in game week 9 of the A-League. Melbourne City and Sydney FC are just two of the sides battling it out at the top of the table whilst defending league champions Perth Glory and Melbourne Victory are struggling at the other end of the table. For the likes of Central Coast Mariners and Wellington Phoenix the problems continue whilst Western Sydney Wanderers and Newcastle Jets will have their sights fixed on climbing the table.

Here are our picks for the ninth round of fixtures in the A-League:

High flying Melbourne City take on defending League Shield holders Perth Glory in what promises to be a superb clash at AAMI Park. City have been in fine form all season and look to be competing with Sydney for the League Shield come the end of the season. Unlike previous winters, they haven’t spent big on players and look to have found a real balance within their squad. Perth Glory meanwhile have also only won one match this term and their incredible form from last season is a distant memory. They lost a tight encounter to Melbourne Victory last time out and they will be looking to show more of the same spirit here. This could be a very tight game but Melbourne City could well come out one top.

Betting tip: Melbourne City to win the match and both teams to score ($2.65) Bet Now

In-form Sydney FC take on Robbie Fowler’s Brisbane Roar in what promises to be a fascinating encounter in New South Wales. Sydney look to be a side full of confidence currently and appear to be locked in a battle with Melbourne City for top spot this season in the A-League. Brisbane Roar continue to struggle massively with inconsistency but have picked up some impressive results; most notably their win over Melbourne City last month. Brisbane won’t be targeting games like this for points and Sydney should have too much quality for them in key areas here.

Betting tip: Sydney FC to win the match and both teams to score ($2.25) Bet Now

Two sides with play-off aspirations face off at the GMHBA as new boys Western United host Melbourne Victory. Western United have acclimatised to life in the A-League with relative ease and despite some inconsistent results, they look to be targeting a top 6 in their inaugural season. Meanwhile Melbourne Victory will be hoping last weekend’s win over Perth Glory is a catalyst to greater things this term following a disappointing run of form that had seen them slip to 10th in the table. This could be a lot tighter game than many expect and Melbourne Victory could well dig in here and leave with a point to their tally.

Two sides looking for points for different reasons face off New Zealand as WSW arrive in town. Wellington Phoenix look locked in a bottom of the table battle this season and their form throughout the campaign has been rather patchy. They do carry goal threats though and they will be hoping to get at the WSW defence. Meanwhile, WSW started the season superbly but a few defeats in their last few matches have checked their progress somewhat but they look to be a hugely improved side this season and look to have genuine play-off aspirations. This should be a cagey affair and whilst Wellington will certainly put up a good fight, WSW could well come through this test with all three points in the bag.

Adelaide United host Newcastle Jets as both sides look continue their play-off charges. Adelaide have been one of the most consistent sides in the division for the past few seasons and they look to have genuine play-off credentials once again this term. Newcastle Jets meanwhile have had the start of their season affected by the scheduling somewhat but look to be in a position to challenge for the play-offs once more this term. With only 6 games played, they have time on their hands to put a run together and they will be full of confidence coming into this one. This could be a very tight encounter and whilst Newcastle are a resolute outfit, Adelaide are tough to beat at home and should come through this tough test unscathed.

Betting tip: Adelaide United to win the match and both teams to score ($2.55) Bet Now