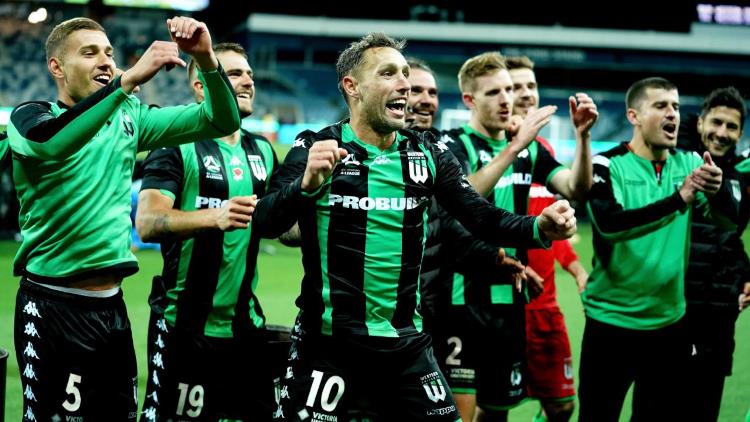 The A-League continues apace as the season moves on to game week six with a very open table. Melbourne City remain unbeaten and sit top of the pile after their home win over Central Coast Mariners whilst Western United and Western Sydney Wanderers are in hot pursuit.
At the bottom of the table, Newcastle Jets, Brisbane Roar and Wellington Phoenix all remain winless and they will be hoping for a change in fortunes this week.
Here are our picks for the 6th round of fixtures in the A-League:

Two sides in need of a win face off at the Central Coast Stadium as the Mariners host Adelaide United. Central Coast haven’t been the pushovers many expected this season and currently find themselves in 8th table. Adelaide meanwhile reside in 5th place in the table with 6 points to their name from their opening 4 games. Their 1-0 win over Brisbane Roar last time out will be a huge confidence booster for all connected with the club. This could be a tighter game than many expect but Adelaide should just about come through it.

Betting tip: Adelaide United to win the match and both teams to score ($3.2) Bet Now

In-form Western United host Newcastle Jets in what promises to be a superb encounter at GMHBA. United have taken to life in the A-League with ease and currently sit 2nd in the table following their gritty win over WSW last time out. Newcastle Jets meanwhile sit 10th in the table and are really struggling for form. They showed real heart against Perth Glory last time out however and were denied all three points by a late equaliser and they should be more confident coming into this one. This should be a tighter game than many anticipate but Western United should come through it with home support backing them.

Betting tip: Western United to win the match and both teams to score ($3.15) Bet Now

Two sides in need of a win for different reasons face off at Suncorp Stadium as Melbourne City travel to Brisbane Roar. City are top of the table and unbeaten for their opening 5 games and look to have plenty of momentum with them this season .Brisbane meanwhile are winless from their opening 4 games under Robbie Fowler’s stewardship but they have shown signs of improvement across the pitch in comparison to last season. Brisbane are a tough side to beat, especially at home but Melbourne City are confident currently and they should come through this test.

Two sides that have started slowly in the A-League face off as Sydney FC host Melbourne Victory. The two sides are the most decorated in A-League history but there appears to be a real changing of the guard this term and they will be looking to arrest their respective slides. Sydney sit 4th in the table with 9 points from 4 games played and they will be looking to time their run to perfection as they did last term. Melbourne Victory meanwhile are yet to adjust to life without Kevin Muscat and find themselves 7th and their uninspiring draw with Wellington Phoenix last weekend was a real concern. This should be a fiesty affair which Sydney should come through in front of their home fans.

Betting tip: Sydney FC to win the match and both teams to score ($5) Bet Now

Central Coast Mariners vs Adelaide United – Perth Glory to win
Brisbane Roar vs Melbourne City – Melbourne City to win
Sydney FC vs Melbourne Victory – Sydney FC to win
A $50 wager would pay out $391.05 (including stake) if successful at the current odds  – Bet Now