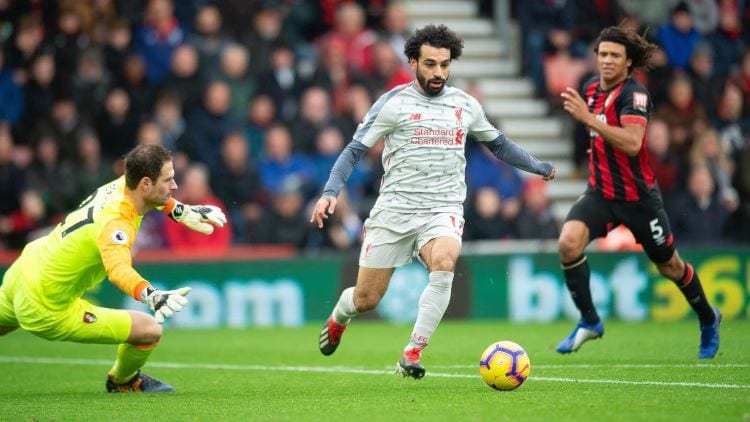 Game week 16 provided a few shocks in the Premier League as Manchester United took the spoils in the Manchester Derby and Everton picked up a big home win over Chelsea. Liverpool and Leicester ploughed on at the top of the league whilst Arsenal and Tottenham also picked up precious wins. At the bottom of the table, Norwich lost once more whilst Watford picked up their first point under new manager Nigel Pearson.

Here are our picks for the 17th round of fixtures in the Premier League:

Struggling Watford travel to Champions elect Liverpool as they look to clamber out of the relegation zone. Jurgen Klopp’s Liverpool are enjoying an astonishing run of form and they are well clear of the chasing pack in the race for the Premier League title. With Champions League progress also assured, they look on course to for an historic season in 2020. Watford meanwhile have only won once in the league this season and they cannot seem to buy a win currently. Nigel Pearson has been drafted in to steady the ship and the Hornets faithful will be hoping to see a change in their fortunes quickly. This is the toughest test they can face however currently and Liverpool should pick up a comfortable home win here.

Two sides with designs of a top half finish face off at Turf Moor as Burnley host Newcastle. The Claerts have been faring well in the Premier League this season but three defeats to on the spin Crystal Palace, Manchester City and Tottenham have been a relative reality check Sean Dyche’s men and they will want to bounce back in front of their home fans here. Steve Bruce’s Newcastle have impressed this season and they picked up a fantastic win over Southampton last time out and look well clear of the drop zone currently. This could be a tight game that could well end up all square in Lancashire.

Chelsea host Bournemouth at Stamford Bridge with both sides keen to get back to winning ways after enduring miserable runs of form. Chelsea have only won 2 of their last 5 Premier League games and their defeat to Everton last time out was a concerning one. They should be riding the crest of a wave however after securing Champions League progress in midweek. Bournemouth meanwhile are in a rotten run of form, having lost their last 5 games and Eddie Howe will be keen to see a reaction from his team. The Cherries’ lack of consistency has held them back in recent seasons and they will be keen to bounce back here. Thie should be an open game between two attacking sides and whilst Bournemouth are good going forward, Chelsea should come through this one.

Betting tip: Chelsea to win the match and both teams to score ($2.05) Bet Now

High flying Leicester City host struggling Norwich City at the King Power Stadium as they look to close the gap on Liverpool at the top of the league. The Foxes are in incredible form and find themselves in 2nd place in the Premier League table and they are enjoying a stellar campaign under Brendan Rodgers. They have won their last 5 Premier League games and they will be hoping to add to their tally here. The Canaries have struggled with consistency this season and find themselves very much in the relegation battle with just 11 points to their name. They have struggled on the road particularly this season and they should find Leicester a very difficult proposition to handle and the Foxes should pick up a comfortable win.

Two promoted sides face off in South Yorkshire with Sheffield United looking to build o ntheir impressive start to the season. The Blades have been in fine form all season under Chris Wilder and they look to be assured of Premier League safety even at this early stage.  With a unique style of play, they seem to be catching sides unawares and they will be looking to take the game to Villa from the outset. Dean Smith Aston Villa can’t afford such luxuries currently and find themselves 17th in the table – outside of the bottom three on goal difference only. This could be a real hum dinger between two sides that know each other well but Sheffield United should just come out on top.

Two sides immersed in the relegation battle face off on the South Coast as Southampton host West Ham. The Saints picked up two big wins over fellow strugglers Norwich and Watford before losing to Newcastle last time out to drop back into the bottom three. They sit only one point behind West Ham however who have been on a dreadful run of form in recent weeks. They did however manage to beat Chelsea before going down tamely to Wolves and Arsenal to ramp up the pressure on manager Manuel Pellegrini. This could well be a very tight game that may end up honours even with both sides desperate not to lose.

Manchester United host Everton at Old Trafford as they hope to build on their historic Manchester Derby win. The Red Devils picked up a famous result at the Etihad to climb up to 5th in the table and there appears to be a real feel good factor within Ole Gunnar Solskjaer’s team currently. Struggling Everton meanwhile picked up an impressive win over Chelsea at Goodison Park following the departure of manager Marco Silva. Duncan Ferguson is the man that has been entrusted to lead the side currently and he’ll be hoping for another big performance from his troops here. United are riding the crest of a wave currently though and should pick up a hard fought 3 points here.

Two sides with top 6 aspirations face off at Molineux as Wolves welcome Tottenham to the West Midlands. The hosts may have one eye on a Champions League spot following a superb run of form that has seen them climb up to 6th in the league. They have also assured their progress to the last 16 of the Europa League and look to be set upon attempting to climb the table as high as possible. Tottenham meanwhile will be looking to kick on under Jose Mourinho as they find themselves only a point behind Wolves in 7th. They hammered Burnley last time around but slipped to another defeat in the Champions League to Bayern Munich in midweek and need to start displaying some consistency. This could be an excellent game between two exciting sides and it could well be Tottenham who leave with all three points in the bag.

Manchester City travel to Arsenal as they look to bounce back from their Derby Day defeat to Manchester United. Arsenal picked up their first win under the stewardship of Freddie Ljungberg last time out at West Ham and whilst the Gunners will be hoping to push for a top 4 finish this season, they clearly need to rebuild quickly before the Christmas fixture chaos hits as they currently sit 9th. City meanwhile sit 14 points off the pace in the Premier League and despite not having much luck with injuries of VAR decisions, have looked off the pace at times this term. Their defeat to Manchester United on Saturday was testament to that but they got back to winning ways over Dinamo Zagreb in midweek. This could be a very open game between two exciting sides with City the most likely to run out as winners.

Betting tip: Manchester City to win the match and both teams to score ($2.15) Bet Now

Crystal Palace host Brighton in the South Coast Derby on Monday evening. Palace continue to churn out the results under Roy Hodgson and find themselves in 10th place in the table with 22 points to their name. They have taken points off some of the best sides in the league this season and they will be hoping to take great confidence from that. Brighton meanwhile arrive at Selhurst Park in decent form themselves – they sit 12th in the table, only three points behind their great rivals. The Seagulls have impressed at times during this season under Graham Potter but they can’t seem to fully detach themselves from the relegation scrap just yet and will need to keep picking up points. This should be a very tight game with local pride at stake but Palace seem to have the momentum and should just come through this one.