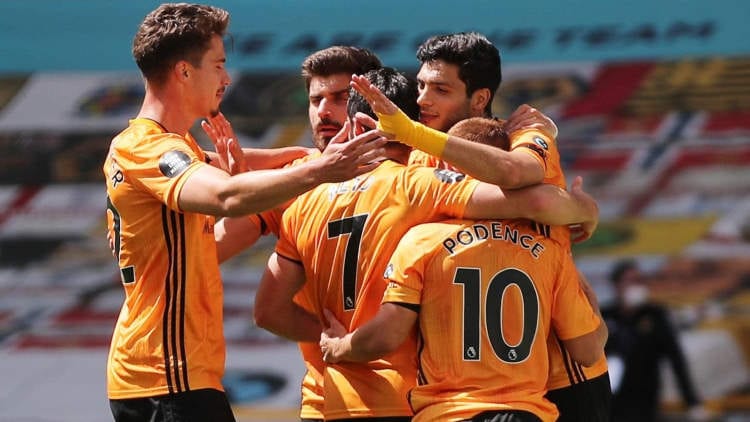 The battle to stay in the Premier League stepped up a level last weekend, with Watford, Aston Villa, Bournemouth, and West Ham all winning. Norwich meanwhile has their plight into the Championship confirmed and Daniel Farke’s men will be looking to rebuild over the summer. Elsewhere, Liverpool’s 100% home record went up in smoke, with a home draw against Burnley whilst Manchester City clinched 2nd spot with an emphatic win over Brighton.

Chelsea will be looking for points in their top 4 pursuit as they take on relegated Norwich. The blues will be looking get back to winning ways following a poor 3-0 defeat to Sheffield United last time out. They have a top 4 finish in their own hands, and currently sit in 3rd with just 3 games to play. Norwich’s painful stay in the top-flight was finally ended by West Ham last weekend and they look confined to a 20th place finish this season. They are yet to pick up a win since the season restart and look a team extremely low on confidence. Chelsea will be eager to bounce back here against Norwich and should have no issues against a poor Canaries side.

Wolves will be hoping to keep the pressure on the sides above them as they travel to Burnley at Turf Moor. The Clarets picked up an excellent point last time out against champions Liverpool, becoming the first team not to leave Anfield empty handed this season. They have picked up 11 points from their last 5 games and look to have aspirations of sneaking into a Europa League spot come the end of the season. Wolves have been in superb form all season and their excellent win over Everton last time out could prove to be crucial. They are 4 points off the Champions League places with only 3 games to play, meaning there is no margin for error for them between now and the end of the campaign. Burnley could be a tough nut for Wolves to crack and a draw looks the most likely result here.

Manchester City will be looking to build on their excellent week thus far as they welcome Bournemouth to the Etihad. The blues have seen their Champions League ban overturned by the Court of Arbitration for Sport this week and will compete in the competition next year. They also thumped Brighton 5-0 last time out and have the FA Cup semi-finals and the Champions League to focus on too, meaning Pep Guardiola could rotate his troops. Similarly, Bournemouth have enjoyed an excellent week and their 4-1 win over Leicester on Sunday could prove to be crucial within the context of their season. The Cherries are 18th in the table and are 3 points from safety with just 3 games to play but have given themselves a real chance of staying up. They won’t be targeting this game though and City should have more than enough here to pick up a win at home here.

Betting tip: Manchester City to win the match and both teams to score ($1.75) Bet Now

Newcastle will be looking to get back to winning ways as they host Tottenham. The Toon have been in great form since the season restart, but back to back defeats to Manchester City and Watford have derailed their progress somewhat. Tottenham have endured a poor season by their standards, and they sit 9th in the table and look to be settling for a top half placing this term. Their win over Arsenal last time out however will have pleased the passionate Spurs faithful and they will be hoping to build on the that here. This should be a good game at St James’s Park with a draw the most likely result.

Champions Liverpool travel to Arsenal as both sides look to get back to winning ways. The Gunners were beaten by local rivals Tottenham last time out but have won 4 of their last 6 games in all competitions and are starting to show some really strong form. They also have a FA Cup semi final with Manchester City at the weekend and could rotate accordingly. Champions Liverpool are still on course to break the Premier League points record, despite their draw with Burnley last time out. Captain Jordan Henderson was missed at Anfield and he will once again be absent as they reds look to take a significant step towards finishing the job off here. This should be an excellent game with Liverpool most likely to run out as hotly contested winners.

Betting tip: Liverpool to win the match and both teams to score ($2.75) Bet Now

Two sides chasing European football next season face off in the East Midlands as Sheffield United travel to Leicester City. The Foxes were thumped 4-1 by Bournemouth last time out and they look to be wobbling a little as they try to fend off the challenges of Chelsea, Manchester United and Wolves in the race for a top 4 finish. They are 4th currently, with things still in their own hands but this looks to be a must win game. The Blades meanwhile have picked up back to back wins over Wolves and Chelsea and continue to upset the odds and the form book. They sit 7th as they chase a Europa League spot next season and they will see this as a 6-pointer. This should be an excellent game and a draw looks the most likely result.

Aston Villa will be looking to continue their survival bid as they travel to Everton. The hosts have been in decent form since the season restart, but their 3-0 hammering by Wolves last time out was a timely reminder of their shortcomings. They sit 11th and can now only have aspirations of a top half finish come the end of the campaign. For Aston Villa meanwhile it is very much now or never as a 4-point gap has opened up between themselves and safety. Their excellent win over Crystal Palace last time out should do wonders for confidence and they will be out to prove a point here. Villa will make it tough for the Toffees, but Everton are strong at home and should prevail here.

Manchester United will be looking to keep the pressure on in pursuit of a top 4 finish as they travel to Crystal Palace. The Eagles have lost their last five games, which has taken some momentum out of their season. They have slipped to 14th as a result and their defeat to Aston Villa on Sunday was particularly chastening. Manchester United meanwhile have been in great form since the season restart but their draw with Southampton last time out will leave a bitter taste in the mouth. The Red Devils sit 5th, behind Leicester on goal difference in the race for a Champions League place next term and they have the FA Cup and Europa league to focus on too. Crystal Palace will push United here but Ole Gunnar Solskjaer’s men should pick up all three points.

Betting tip: Manchester United to win the match and both teams to score ($1.8) Bet Now

In-form Southampton will be looking to stay in good nick as they welcome Brighton to St Mary’s. The Saints are unbeaten from their last 3 games against Manchester United, Everton and Manchester City and sit 12th in the league, mathematically safe and they will be looking to build some momentum towards next season here. The Seagulls have opened up a 5-point gap between themselves and the drop zone in recent weeks and any sort of result would all but secure their Premier League status for next season. Southampton have been in excellent form of late and should pick up a comfortable home win here.

Betting tip: Southampton to win the match and both teams to score ($3) Bet Now

A classic relegation six-pointer is on the cards as Watford travel to West Ham. The Hammers are in a spot of bother, only three points clear of the drop zone but their emphatic 4-0 win over Norwich last time out could prove to be crucial. The Hammers need to keep picking up points if they are to have any chance of staying up and beating Watford could really strengthen their survival bid. The Hornets meanwhile have won back to back matches in the league over Norwich and Newcastle to climb up to 3 points clear of the relegation zone with 3 games to play. Nigel Pearson has masterminded a great escape of sorts so far but there is still significant work to be done, especially against West Ham here. This is a huge game for both clubs and the draw looks the most likely result.