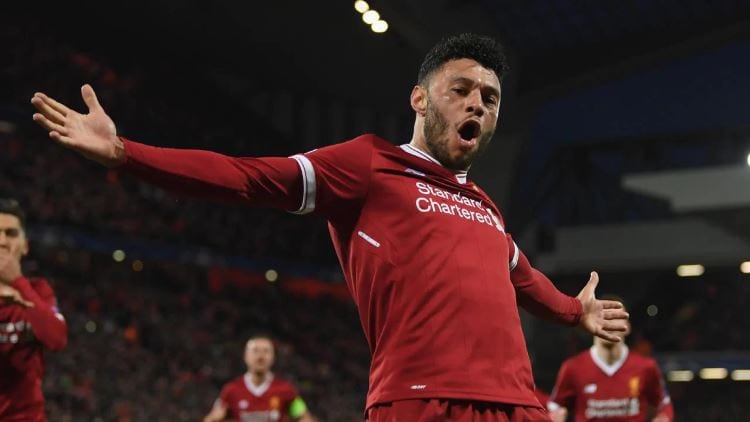 Liverpool’s title stroll continued at pace in the Premier League as they eased past arch-rivals Manchester United at Anfield and with Manchester City and Leicester City dropping points, Jurgen Klopp’s side took their lead to 16 points at the top of the tree. Elsewhere, Tottenham, Arsenal and Chelsea all dropped points in their pursuit of a top 4 finish, allowing Wolves and Sheffield United to make up ground. At the bottom of the table, Norwich beat Bournemouth for a precious 3 points at Carrow Road whilst Burnley, West Ham, Brighton and Watford all picked up at least a point as the battle for survival intensifies.

Here are our picks for the 24th round of fixtures in the A-League:

A relegation dog fight looks on the cards at Villa Park as Aston Villa host Watford. Aston Villa meanwhile look to be immersed in the relegation picture as they are sat in 18th place in the Premier League table and sit one point and one place from safety. They dug deep last time out to pick up a point at Brighton but Dean Smith looks to be a man under pressure in the hot seat as they seek survival. Resurgent Watford meanwhile are unbeaten in their last 7 matches in all competitions and have climbed to 17th in the table as a result. They look to have confidence flowing through the squad currently and tend to play with more freedom on the road. This should be a cagey encounter with so much at stake and it could well end up honours even.

Another relegation six pointer also on the agenda for South Coast rivals Bournemouth and Brighton. The Cherries have endured a rotten spell of late and they are in the relegation mire as a result. The manner of their recent defeats to West Ham, Norwich City and Watford in recent weeks have left Eddie Howe’s side in real trouble and they will be hoping for a big result here as they are currently 3 points from safety. Brighton meanwhile 15th in the table following their draw with Aston Villa last time out and they are searching for the consistency that will pull them away from trouble. They have enjoyed a decent season under Graham Potter but they can’t seem to fully detach themselves from the relegation scrap just yet and will see this as a big game. Bournemouth are there for the taking and Brighton could pick up a crucial result here in their survival bid.

Two sides looking to consolidate in mid table face off in East London as Crystal Palace welcome Southampton to Selhurst Park. Palace picked up a valuable point on the road at Manchester City last time out and climbed up to 9th in the Premier League table as a result. They may have one eye on European football next season and need to win games like these if they are to break into the top 7 come May. Southampton will be looking bounce back from their heartbreaking loss to Wolves last time out – where they squandered a 2-goal lead. With the exception of that result, the Saints have been in fine form of late and have steered away from the relegation zone for the time being and sit in 13th place in the table. This should be an excellent game at Selhurst Park which Palace should just about prevail from.

Betting tip: Crystal Palace to win the match and both teams to score ($2.8) Bet Now

Two more sides chasing a top 10 finish face off at Goodison Park in what promises to be an entertaining fixture. Everton have improved in recent weeks under the stewardship of Carlo Ancelotti and they will be hoping to keep the run going here. Consistent results have seen the Toffees climb to 11th and they look well clear of the relegation picture currently. The Toon meanwhile find themselves one place back in 12th following their last gasp win over Chelsea last time out. Steve Bruce has instilled a winning mentality at the club and they look set to survive in the Premier League with ease this term. This should be an excellent game between two confident sides but Everton should deal with the fixture pile up better and come through with three points in the bag.

Manchester City travel across to South Yorkshire with their Premier League title defence in tatters and they will be hoping to restore some order at Sheffield United. The Blades meanwhile have been in fine form all season under and find themselves flying high in 7th place in the table. With a unique style of play, they have been more than a match for every opponent they have come across this term and look to have a realistic chance of finishing in the European places come the end of the season. Second placed Manchester City meanwhile will be looking to bounce back from a painful home draw with Crystal Palace as they turn their attention to finishing in the top 4 in the Premier League this season. They have a 9 point cushion to Chelsea below them in 4th and they will be looking to extend that lead here with the Carabao Cup, Champions League and FA Cup still to play for. This will be a seriously tricky test for Pep Guardiola’s men but they are a high quality side on their day and they should just about squeeze through here.

Betting tip: Manchester City to win the match and both teams to score ($2.55) Bet Now

A classic London Derby is arguably the highlight of the midweek calendar as Chelsea take on Arsenal at Stamford Bridge. Chelsea will be hoping to continue to distance themselves from the chasing pack in pursuit of top 4 football but their loss at Newcastle last time out and their inability to consistently string results together is sure to be a key frustration for Frank Lampard currently. Arsenal meanwhile sit in 10th in the table, with a mere 29 points to their name and they need to start picking up points fast if European football is to be on the agenda next season. They have looked a more organised outfit under Mikel Arteta in recent games but their draws with Sheffield United and Crystal Palace have been a stark reminder of the work that still needs to be done. This should be a highly charged clash at Stamford Bridge and Chelsea should come through this one with three points in the bag.

Betting tip: Chelsea to win the match and both teams to score ($2.25) Bet Now

Brendan Rodger’s Leicester will be looking to bounce back from a poor run of results as they take on West Ham at the King Power Stadium. The Foxes look to have momentarily run out of steam in the Premier League and whilst of course are enjoying an excellent season, they will be feeling the need to pick up their performance level if they are to finish in the top 4 come the end of the campaign. West Ham meanwhile are in the midst of a relegation battle and only sit 1 point and 2 places above the relegation zone. David Moyes has brought a level of stability to proceedings at the London Olympic Stadium but the Hammers are far from safe yet and will need to start picking up points quickly if they are to feel safe from the drop. This could be a far tighter game than many expect but Leicester should just about come through will all three points here.

Betting tip: Leicester City to win the match and both teams to score ($2.35) Bet Now

Jose Mourinho’s Tottenham welcome Norwich to North London as they look to kick start their 2020. Spurs looked to be on course to climb the table under the Portuguese’s stewardship but results have stalled and Spurs have slipped to 8th as a result. Catching the likes of Chelsea in 4th will still be top of the agenda for Spurs and they will need to start winning games like this if they are to feature in the top 4 come the end of the season. Bottom side Norwich meanwhile showed fight with a crucial home win over fellow strugglers Bournemouth last time out and they will see this as a free hit on the road. With a six point deficit to overturn, safety currently looks a long shot for Daniel Farke’s men but they will be hoping last week’s win is a catalyst. Tottenham however will have other ideas and should pick up a comfortable home win here.

A Lancashire Derby is on the agenda on Wednesday evening as Manchester United host Burnley. The reds will be looking to bounce back after being well beaten at Anfield last time out. They sit 5th in the table following an inconsistent season under the stewardship of Ole Gunnar Solskjaer but they are still very much in the mix to finish in the top 4 come the end of the season. The Clarets meanwhile put a stop to their rotten run of form with an excellent home win over Leicester City last time out. They sit 14th, 5 points above the drop zone but they will need to keep picking up points to avoid being dragged into the relegation picture. This should be a good game between two decent sides but with the Old Trafford faithful behind them, United should come through this unscathed.

Betting tip: Manchester United to win the match and both teams to score ($2.05) Bet Now

A fire cracker looks set to take place in the West Midlands on Thursday as Wolves host champions elect Liverpool at Molineux. Wolves find themselves in 6th in the table and they will be looking build on their incredible comeback win at Southampton last time out. They are very much in the picture to finish in the top 4 come the end of the season and with teams dropping points all around them, they may never get a better chance of Champions League football. Liverpool’s Premier League pursuit looks all but done following their win over Manchester United last time out and with a 16 point cushion on the chasing pack and a game in hand, they look to have their name on the trophy already. They are still fighting on three fronts and very few would bet against them winning all before them this season. Liverpool will have to be at their best to beat Wolves but they should have no issues at all.