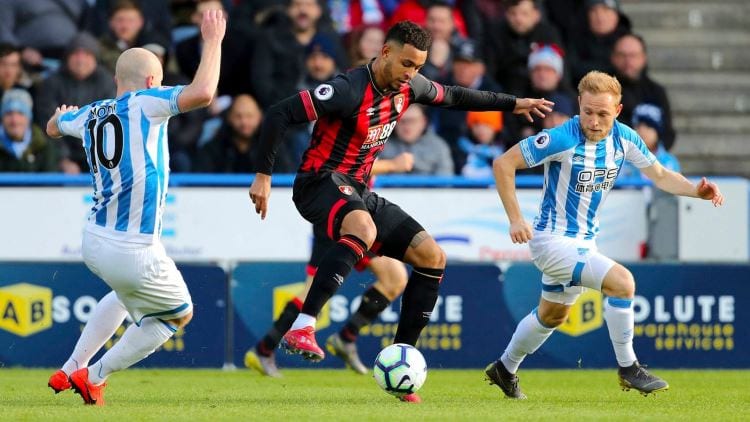 Following a 101-day hiatus, the Premier League returned during the past week, with the usual drama once again the order of the day. The previously unflappable goal-line technology system failed to deliver as Sheffield United were robbed of all three points at Aston Villa whilst VAR controversy reigned as Tottenham and Manchester United drew. There were wins for Manchester City and Chelsea, who kept up their respective pushes for a top 4 finish, whilst champions elect Liverpool couldn’t manage to take a significant step towards the title – only managing a draw with Everton. With fixtures coming thick and fast, it there is still plenty to play for in the Premier League.

Leicester City will be looking to get back to winning ways and maintain their top 4 push, as they welcome Brighton to the King Power Stadium. The Foxes remain 3rd in the table, despite dropping points in the dying embers at Watford last time out. They are still very much in contention to finish in the top 4 but need to keep picking up points to fend off the challenges of Manchester United and Wolves. Brighton will be looking to continue to climb away as they looked to build on their impressive comeback win over Arsenal last time out. The Seagulls now have a 5-point gap between themselves and the relegation zone and they will see this as a free hit on the road at Leicester. This should be a decent game in the East Midlands and Leicester should run out pretty comfortable winners.

Betting tip: Leicester City to win the match and both teams to score ($2.6) Bet Now

A London Derby is on the agenda on Tuesday night as Tottenham host West Ham. Spurs will be looking to kick on between now and the end of the season, having picked up a decent point against Manchester United last time out. With a 9-oint gap between themselves and the top 4, Jose Mourinho’s side look to have it all to do to get into the Champions League places come the end of the season. West Ham meanwhile are only out of the relegation zone on goal difference and their showing at home to Wolves last time out was particularly worrying. With the likes of Southampton and Brighton winning at the weekend, the gap between themselves and safety continues to grow, and they need to start picking up points quickly. The Hammers do have a good record in this fixture, and they could dig in here and pinch a point, against a particularly subdued Spurs side.

Manchester United host Sheffield United, with both sides chasing European football next term. Manchester United picked up a decent point on the road at Tottenham last time out, as they look to rebuild some of the momentum they put together prior to lockdown. The Red Devils sit 5th, 5 points behind Chelsea in the race for a top 4 finish and they look to be finding form at just the right time. Meanwhile, the Blades sit 7th, having squandered good chances to make up ground against Aston Villa and Newcastle in their last two fixtures. They are 7 points off the top 4 and will be viewing this as a 6-pointer, with Manchester United above them in the table. This could be a lot closer game than many expect but Manchester United are in good form and they should pick up a comfortable enough home win here.

Two sides looking to push towards Premier League safety face off as Newcastle welcome Aston Villa to St James’s Park. The Toon have been in decent form all season under Steve Bruce and they look to be well clear of the relegation picture currently. They have 38 points to their name and their 3-0 win over Sheffield United on Sunday was a sign of just how well they have been playing. Aston Villa meanwhile are looking to arrest their slide towards the Championship and they currently sit 19th in the table. They have picked up one point from their first 2 games back since the season restart and need to keep picking up points between now and the end of the season. They have been particularly poor away from home and Newcastle could have too much for them here.

Norwich will be doing all they can to avoid slipping into the Championship, as they welcome Everton to Carrow Road. The hosts are 7-points clear of safety, with just 8 games to play and it is very much now or never for the Canaries. They were particularly poor in defeat to Southampton on Friday night and will be all too aware of the need to find form urgently. Everton meanwhile looked impressive at home to Liverpool on Sunday, having the best chances in an entertaining 0-0 draw. The Toffees sit 12th and will be viewing this period as the ideal opportunity to find some form before the start of next season in August. Norwich will be looking to show some heart here, but Everton are a good side and should come away with a solid win on the road.

Wolves will be looking to carry on their push towards the top 4 as they take on relegation threatened Bournemouth. The hosts continue to fight on two fronts, with the Europa League also on the agenda and they are only 5 points off the top 4 in the Premier League too. They were impressive in beating West Ham last time out and look to have picked up where they left off in March. Bournemouth however are a side in real trouble, and they will be looking to climb away from the bottom three as quickly as possible. They were abject in defeat against Crystal Palace on Saturday and are currently in the relegation zone on goal difference. Eddie Howe’s side have been hamstrung with injuries this season and they will be hoping the injection of new faces can help them between now and the end of the season. Bournemouth won’t roll over for Wolves, but the hosts are an excellent side and should have no issues at home here.

Betting tip: Wolves to win the match and both teams to score ($2.25) Bet Now

Champions elect Liverpool only need 5 more points to secure their maiden Premier League title as they welcome Crystal Palace to Anfield. The hosts are just fighting on one front this season, having crashed out of both the FA Cup and Champions League prior to lockdown but they have been much too good for all in front of them in the Premier League this term. They looked a little under prepared at Everton last time out and will be hoping to get back into their stride here. Roy Hodgson’s Crystal Palace meanwhile were in great form before the hiatus and carried that on, winning at Bournemouth on Saturday to take their winning streak to 4 games. They have climbed to 9th in the table and are knocking on the door of a top 6 finish, which would be an amazing achievement for the Eagles. Palace play with freedom away from home but Liverpool are a brilliant side and they should come through this test unscathed.

Betting tip: Liverpool to win the match and both teams to score ($1.85) Bet Now

Burnley take on Watford, with both sides looking to keep picking up points in their push away from the drop zone. The Clarets have enjoyed an excellent second half of the season and are flying high in 11th as a result. They are particularly hard to beat at home and tend to relish the challenge of upsetting the so-called bigger teams in the Premier League. Watford’s survival bid continues as they picked up a late point at home to Leicester in their first game since the season restart. Nigel Pearson has masterminded a great escape of sorts so far for the Hornets but sat in 16th with just a point gap between themselves and the relegation zone, the job is certainly not done yet. This could be a cagey affair in Lancashire and a draw looks the most likely result.

Arsenal will be looking for their first win since the Premier League season restart as they travel to Southampton. The Saints are now 14th, 10 points clear of the relegation zone and they look to have assured their Premier League status this term. Their form during the second half of the campaign has been excellent and their 3-0 win over Norwich last time out was testament to that. Arsenal meanwhile look in need of a confidence boost, having lost both of their games since returning to action. They were well beaten at Manchester City before squandering a lead, to end up being beaten by Brighton on Saturday. The Gunners are currently 10th in the Premier League table and a European football finish next season looks beyond them, meaning they are just playing for pride. And that could play into Southampton’s hands and they could pick up another crucial 3-points here.

Betting tip: Southampton to win the match and both teams to score ($3.75) Bet Now

Chelsea take on Manchester City in the standout tie of the round in midweek. Chelsea showed decent form in the league prior to lockdown and continued that with a gutsy comeback win at Aston Villa on Sunday. They appear to have matters in their own hands currently for a top 4 finish and look well placed to fend off the challenges of Manchester United and Wolves. The Premier League is sure to be at the bottom of the priority list for Manchester City, who are also chasing the FA Cup and the Champions League. Pep Guardiola’s side sit 2nd and look to have that position sewn up so they will be rotating their squad here at Stamford Bridge. This should be a really good game in West London, between two exciting sides and a draw looks the most likely result.