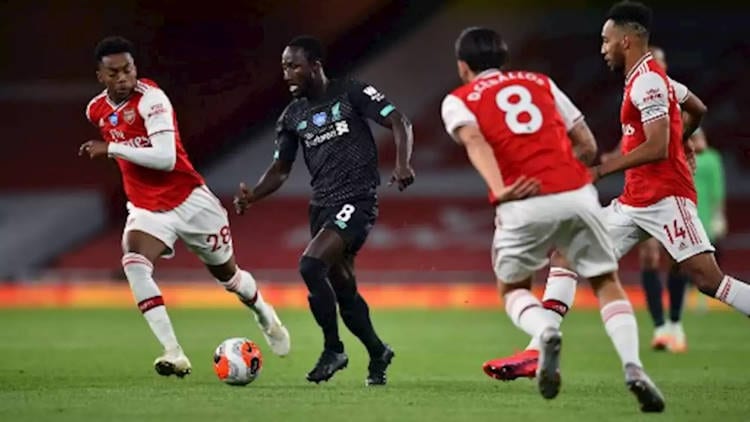 The penultimate round of Premier League fixtures promises to be fascinating with battles for Champions League placings and avoiding relegation at the top of teams’ priority lists. Leicester City, Chelsea, Manchester United and Wolves are all embroiled in a race for the final two Champions League slots next season, with Liverpool and Manchester City too far ahead in 1st and 2nd. At the bottom of the table, 2 from Watford, Aston Villa, West Ham and Bournemouth look set to be joining Norwich in the Championship next season.

Norwich’s painful stay in the top-flight appears is almost over and their final home game of the season sees them take on in-form Burnley. Norwich are yet to pick up a win since the season restart and look a team extremely low on confidence, but they showed some resilience in defeat to Chelsea in midweek. Burnley meanwhile are in good nick and picked up impressive results against Wolves and Liverpool in their last two games. They sit 10th, with 51 points to their name and will be keen to finish the season in the top half. This should be a comfortable afternoon for Burnley, who should leave East Anglia with all three points.

Bournemouth will be looking to continue their survival bid as they host South coast rivals Southampton. The Cherries enjoyed an excellent 4-1 win over Leicester in their last home game and were desperately unlucky not to take a point from their clash with Manchester City in midweek. They are 18th in the table and are 3 points from safety with just 3 games to play but have given themselves a real chance of staying up. In-form Southampton meanwhile are unbeaten from their last 3 games against Manchester United, Everton and Manchester City and sit 12th in the league, mathematically safe and they will be looking to build some momentum towards next season here. This should be a tight game and a draw looks the most likely result.

Two sides chasing European football next season face off as Tottenham host Leicester. Spurs have endured a poor season by their standards, and they sit 7th in the table and look to be vying for a Europa League place this term. Back to back wins over Arsenal and Newcastle look to have pleased the passionate Spurs faithful and they will be hoping to build on the that here. Leicester meanwhile were thumped 4-1 by Bournemouth last time out and they look to be wobbling a little as they try to fend off the challenges of Chelsea, Manchester United and Wolves in the race for a top 4 finish. They are 4th currently, with things still in their own hands but this looks to be a must win game. This should be a good game at the Tottenham Hotspur Stadium with a draw the most likely result.

Brighton will be looking to make absolutely sure of their Premier League status as they host Newcastle. The Seagulls have opened up a 5-point gap between themselves and the drop zone in recent weeks and any sort of result would all but secure their Premier League status for next season. Newcastle meanwhile have lost their last 3 games to Manchester City, Spurs and Watford and look to be limping towards the season’s close. They are a good side though and should push Brighton all the way here, making a draw the most likely result.

Two sides with contrasting styles face off as Sheffield United host Everton. The Blades meanwhile have picked up back to back wins over Wolves and Chelsea and continue to upset the odds and the form book. They sit 8th as they chase a Europa League spot next season and they will see this as a real opportunity. Everton meanwhile have been in decent form since the season restart, but their 3-0 hammering by Wolves last time out was a timely reminder of their shortcomings. They sit 11th and can now only have aspirations of a top half finish come the end of the campaign. This should be an excellent game and a draw looks the most likely result.

Wolves will be hoping to keep the pressure on the sides above them as they host Crystal Palace. Wolves have been in superb form all season but their draw on the road at Burnley last time out could prove to be costly. They are 3 points off the Champions League places with only 3 games to play, meaning there is no margin for error for them between now and the end of the campaign. The Eagles have lost their last five games, which has taken some momentum out of their season. They have slipped to 14th as a result and their defeat to Aston Villa in their last showing was particularly chastening. Palace won’t roll over for Wolves, but the hosts should prevail comfortably enough here.

Watford will be hoping to fend off relegation as they welcome Manchester City to North London. The Hornets have won back to back matches in the league over Norwich and Newcastle to climb up to 3 points clear of the relegation zone with 2 games to play. Nigel Pearson has masterminded a great escape of sorts so far but there is still significant work to be done, especially against a side like City here. The blues have seen their Champions League ban overturned by the Court of Arbitration for Sport and will compete in the competition next year. They also have the FA Cup to focus on and the Champions League and the Premier League currently appears to be an unwelcome distraction. That said, they should have too much about them for Watford here.

Betting tip: Manchester City to win the match and both teams to score ($1.7) Bet Now

Aston Villa’s survival bid could come to a head at home to Arsenal. For Dean Smith’s side it is very much now or never as a 4-point gap has opened up between themselves and safety. Their excellent win over Crystal Palace last time out should do wonders for confidence and they will be out to repeat that feat here. The Gunners meanwhile picked up a famous win over Liverpool in midweek and should be buoyant. They also have a FA Cup semi final with Manchester City at the weekend and could rotate accordingly. Villa perhaps need the points more than Arsenal and with both teams sure to be scrapping, a draw looks on the cards.

Manchester United will be looking to keep the pressure on in pursuit of a top 4 finish as they host West Ham. The Red Devils have been in great form since the season restart but their draw with Southampton last time out will leave a bitter taste in the mouth. They sit 5th, behind Leicester on goal difference in the race for a Champions League place next term and they have the FA Cup and Europa league to focus on too. The Hammers meanwhile are in a spot of bother, only three points clear of the drop zone but their emphatic 4-0 win over Norwich last time out could prove to be crucial. The Hammers need to keep picking up points if they are to have any chance of staying up but United are in good form and should win well here.

Betting tip: Manchester United to win the match and both teams to score ($1.75) Bet Now

Champions Liverpool will get to lift the trophy following their game with Chelsea. The reds can’t now surpass Manchester City’s 100 points record but have still enjoyed an incredible season. With 5 points dropped from their last 2 games however, they aren’t in the best of form and appear to be missing the influence of captain Jordan Henderson. Chelsea meanwhile have their own agenda as they look for points in their own top 4 pursuit. The blues edged past Norwich in midweek to climb up to 3rd and although they have a top 4 finish in their own hands, there is still plenty of work to be done. This should be an excellent game with Liverpool most likely to run out as winners.

Betting tip: Liverpool to win the match and both teams to score ($2.45) Bet Now