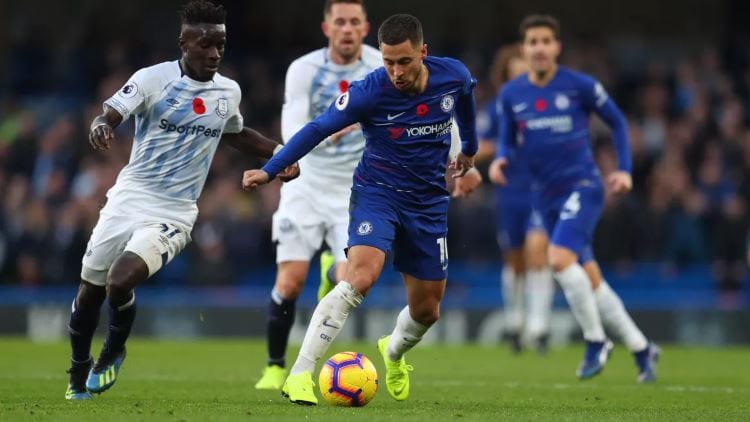 The Premier League title has been sewn up following Manchester City’s loss at Chelsea and for Liverpool fans, the 30-year wait is over. Elsewhere. Manchester United and Wolves are looking to climb up in to the top 4 and put pressure on Leicester City and Chelsea above them. At the bottom of the table, Norwich look dead and buried but for West Ham, Aston Villa, Watford, Bournemouth, and Watford there is still plenty for play for.

A Midlands Derby kicks off the Premier League programme as relegation threatened Aston Villa host Wolves.  Villa are looking to arrest their slide towards the Championship and they currently sit 19th in the table. They have picked up two points from their first 3 games back since the season restart and they dug deep to pick up a point at Newcastle last time out. Wolves meanwhile continue to fight on two fronts, with the Europa League also on the agenda and they are only 5 points off the top 4 in the Premier League too. They were impressive in beating West Ham and Bournemouth in their first 2 games back and look set to go all the way this season. Villa have plenty to play for but Wolves are an excellent side and should prevail here.

Watford and Southampton are both looking to secure their respective Premier League statuses as they face off at Vicarage Road. The Hornets have only picked up one point in their first two games back in the Premier League and they only sit one point above the relegation zone. Nigel Pearson has masterminded a great escape of sorts so far for the Hornets, but they still have plenty of work to do. The Saints meanwhile are 14th in the league, having been well beaten by Arsenal last time out. They are however 10 points clear of the relegation zone and they look to have assured their Premier League status this term. This could be a cagey affair in North London and a draw looks the most likely result.

Roy Hodgson’s Crystal Palace take on Burnley, with both sides keen to climb the table between now and the end of the season. Palace’s winning streak came to an abrupt end on the road at Liverpool last time out, but they sit 9th and they will be hoping to finish in the top half come the end of the campaign. Burnley meanwhile were thumped by Manchester City in their first game back after the break but demonstrated real grit to beat Watford in midweek. They are level on points with Palace and they will be eying up a move up the table with a win here. This should be a really good game, between two good sides and Palace should prevail at home here.

Manchester United will be eager to keep momentum in their top 4 push as they travel to Brighton. The Seagulls will be looking to continue to climb away from trouble as they look to build on their impressive restart in the Premier League. They have picked up 4 points from 2 games against Arsenal and Leicester and now have a 6-point gap between themselves and the drop zone. Manchester United meanwhile looked in great form against Sheffield United in midweek as they look to clamber into the top 4. The Red Devils sit 5th, 5 points behind Chelsea in the race and have the FA Cup and Europa league to focus on too. This should be a decent game in on the South coast and Manchester United should run out pretty comfortable winners.

It is now or never for Norwich City as they travel to Arsenal as they look to mount an unlikely survival bid. Arsenal picked up a much-needed confidence boost on the road at Southampton in midweek, having lost both of their games prior to that since returning to action. They sit 8th in the table but look to have their work cut out for a top 4 finish this term. Norwich meanwhile are 7-points adrift of safety, with just 7 games to play and it is very much now or never for the Canaries. They showed resilience in defeat to Everton last time out but need to start picking up points urgently. Arsenal will relish the opportunity to be playing at home and should have way too much for Norwich City here.

Bournemouth’s survival bid will step up a level as they welcome Newcastle to the Vitality Stadium. The Cherries are 18th in the table, with just 27 points to their name. They were well beaten by both Crystal Palace and Wolves in their first two games since the season restart, but they are still only in the drop zone by goal difference. Newcastle have been in decent form all season under Steve Bruce and they look to be well clear of the relegation picture currently. They have 39 points and they are unbeaten since the season restart and have the FA Cup as a welcome distraction too. This should be a tight game and a draw looks very much on the cards.

Leicester will be looking to cling on to their place in the top 4 as they travel to Everton. The Toffees have picked up 4 points from 2 games since the season restart and the manner of their 1-0 win over Norwich in midweek illustrated the progress made by Carlo Ancelotti’s men this season and they will be eying up a top half finish. Leicester City meanwhile will be looking to get back to winning ways having only managed draws with Brighton and Watford in recent weeks. The Foxes remain 3rd in the table but need to keep picking up points to fend off the challenges of Chelsea, Manchester United and Wolves. Both sides get the ball down and play and this could well be an entertaining draw.

A London Derby is on the agenda on Tuesday night as Chelsea travel to West Ham. West Ham are only out of the relegation zone on goal difference and they have been poor since returning to action earlier this month. Defeats to Tottenham and Wolves have increased the pressure on the Hammers, who have a tough run in too. Chelsea meanwhile have a perfect record since the season restart, beating Aston Villa and Manchester City. They rode their luck at times against the blues but picked up a big win to remain 4th in the table – 5 points clear of their nearest challengers. West Ham need the points, but Chelsea are in good form and should pick up a comfortable win on the road here.

7th take on 8th in the Premier League as Tottenham travel to Sheffield United. The Blades have only picked up one point since the season restart and were thumped in their last two outings at Manchester United and Sheffield United. They remain 8th in the table and have had a good season but they will be keen to finish the campaign as strongly as possible. Tottenham meanwhile returned to winning ways at home to West Ham last time out, but they have endured a poor season by their standards. They sit 7th in the table and look to have it all to do if they are to catch the likes of Chelsea and Leicester above them in the race for the top 4. These two sides are well matched, and a draw looks the most likely result.

Liverpool will play their first game as Champions on the road at closes rivals Manchester City. The blues saw their 2-year spell as Champions come to an end on the road at Chelsea on Thursday night and they will be eager to bounce back. They are still heavily involved both the FA Cup and Champions League and with the Carabao Cup in the bag, it could still be an incredible season for Pep Guardiola’s men. Liverpool’s wait is finally over, with 30 years of pain at Anfield coming to an end. On the pitch on Wednesday they thrashed Crystal Palace and with nothing else to play for this season, they will want to rub City’s noses firmly in it here. This should be a really good game and it could well end up being a draw in Manchester.