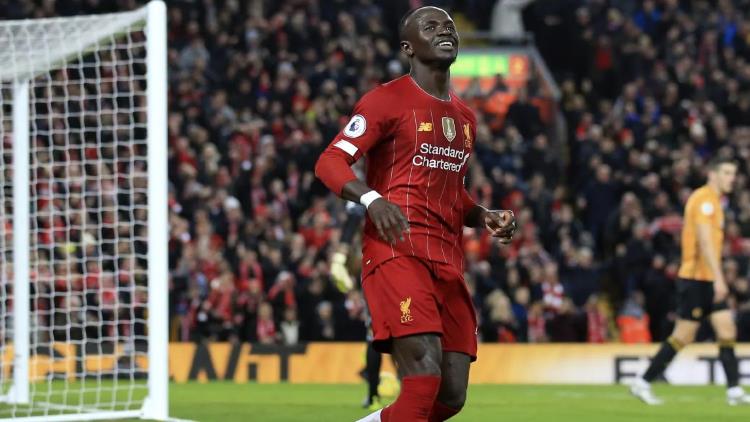 Liverpool sit top of the Premier League table as 2020 begins and they have what looks to be an unassailable lead of 13 points. Leicester lead the teams in pursuit of the reds as they got back to winning ways against West Ham last time out. That result spelled the end for Manuel Pellegrini in charge of the Hammers who have turned to former boss David Moyes in an attempt to get them out of the relegation picture. At the bottom of the table, Watford appear to be gathering momentum following their win over Aston Villa whilst Norwich and Southampton picked up precious points last time out.

Here are our picks for the 21st round of fixtures in the Premier League:

Two sides looking to build on impressive wins last time out face off as Brighton host Chelsea. The Seagulls beat South Coast rivals Bournemouth last time out and have climbed to 14th place in the table as a result. They have enjoyed a decent season under Graham Potter but they can’t seem to fully detach themselves from the relegation scrap just yet. Chelsea meanwhile will arrive at the AMEX full of confidence following back to back wins over Spurs and Arsenal in their last two away games. The only blotch on their copy book was their 2-0 home loss to Southampton on Boxing Day and they will be hoping to start developing some consistency here.  Brighton will push Frank Lampard’s men all the way here but the blues should escape with all three points in the bag.

A big game in the battle for safety takes place on New Year’s Day as Burnley host Aston Villa at Turf Moor. The Clarets have been faring well in the Premier League this season and find themselves in 13th position in the table but only sit 5 points above the drop zone. Their defeats to Everton and Manchester United last time out will be a concern for Sean Dyche and he will be keen to see a response from his side here at home. Dean Smith’s Aston Villa meanwhile look to be immersed in the relegation picture and they will need a response following their defeat to fellow strugglers Watford last time out. They sit one point and one place behind 17th placed West Ham and they will be all too aware of the magnitude of this fixture. This should be a very tight game but Premier League experience and home advantage should see Burnley over the line.

Two sides in need of a win for very different reasons face off on Tyneside as Newcastle take on Leicester City. The Toon find themselves in 11th place following a great run of form under Steve Bruce’s stewardship. They have slipped to defeats to Manchester United and Everton in their last two games and they will be eager to show a response here. Leicester meanwhile have dropped points in three of their last four Premier League fixtures – including defeats to Liverpool and Manchester City as their hopes of picking up their second Premier League title look to be fading. A top 4 finish could be on the cards though and they will be keen to make it two away wins from two after their win at West Ham on Saturday. This could be a lot tighter than people predict but Leicester should pick up all three points here.

Two sides climbing the Premier League table in recent weeks face off as Southampton take on Tottenham. The Saints have picked up three big wins over fellow strugglers Norwich, Watford and Aston Villa in recent weeks and they acquired another point at home against Crystal Palace last time out. They are currently 15th in the table and 4 points above the drop zone following their excellent run. Jose Mourinho’s Spurs meanwhile can’t seem to develop any consistency currently and their 2-2 draw with Norwich last time out was testament to that. They sit 6th in the table currently and they will have designs of catching the likes of Chelsea and Manchester United above them. This should be a gritty away win for Spurs here.

Resurgent Watford host Wolves in what promises to be a fascinating encounter in North London. The Hornets have been a team reborn under Nigel Pearson and their 3-0 home win over Aston Villa could prove to be crucial in their survival bid. They are still in the relegation zone but are within striking distance of the sides above them with half of the season still to play. Wolves meanwhile find themselves in 7th in the table and they will be looking for another big performance. They picked up a famous win over Manchester City during the festive period but couldn’t repeat the performance against Liverpool last time out and Champions League football doesn’t look beyond them currently. This should be a superb game which could well end up honours even.

Manchester City will be hoping to keep pace with the sides above them as they host Everton at the Etihad Stadium. City just cannot seem to string enough wins together and whilst they have played well over the festive period, their defeat to Wolves could prove costly in their title defence. They sit 17 points behind Liverpool and look to be jostling for Champions League places rather than the title this term. Everton meanwhile have won 2 from 2 under Carlo Ancelotti and they will be hoping to keep the run going here. Wins over Burnley and Newcastle have propelled the Toffees up to 10th in the table and they will be hoping to build on that here. This should be a tight game but the quality should principally come from City and they should win this one.

Betting tip: Manchester City to win the match and both teams to score ($1.9)

Bottom side Norwich host Crystal Palace as they look to mount their survival charge over the second half of the season. The Canaries have struggled with consistency this season and find themselves in huge trouble just 13 points to their name but their 2-2 draw with Tottenham last time out was particularly heartening and they will need a repeat performance here. Crystal Palace meanwhile find themselves sitting pretty in 9th following their excellent run of form, both home and away. They may have one eye on European football and need to start picking up results in games like this if they are to finish in the top half. This looks a very evenly matched game on paper and it could well finish as a draw.

Two sides in desperate need of a win face off at the London Olympic Stadium as West Ham host Bournemouth. The Hammers are in the midst of a relegation battle, they sit 17th, one point and one place above the relegation zone and they look set for a scrap in the second half of the season. Results have led the board to replace Manuel Pellegrini with David Moyes and they will be hoping for an instant dividend here. Bournemouth meanwhile have endured a rotten spell of late and they too are in the relegation mire, only two points and two places above the drop. Eddie Howe has endured some tough luck with injuries and he will be keen to see his Cherries’ side bounce back from their poor display at Brighton here. The mood at the London Olympic Stadium could well lift significantly here and the Hammers could pick up three important points.

A classic Premier League fixture returns to the public consciousness once more as Arsenal host Manchester United. The Gunners are 12th in the table, with a mere 24 points to their name and they need to start picking up points fast if European football is to be on the agenda next season. They have looked a more organised outfit under Mikel Arteta but their late capitulation against Chelsea last time out will be a tough one to take for all associated with the club. Manchester United meanwhile will be looking to build on their dominant wins over Newcastle and Burnley in their last two games – results that have climb up to 5th in the table. They haven’t been able to generate any consistency this season and they will be hoping to change that here. This should be a good game between two strong sides and it could well end up all-square.

Liverpool’s Premier League pursuit continues to gather apace and they will be hoping to continue picking up points as they take on Sheffield United at Anfield. The reds maintained their 13 point lead on the chasing pack with an edgy win over Wolves last time out and they will be confident of picking up their first Premier League title this season with 19 wins from 20 games played. The Blades meanwhile have been in fine form all season under Chris Wilder and they look to be assured of Premier League safety even at this early stage. With a unique style of play, they have been more than a match for every opponent they have come across this term and find themselves in 8th position in the table after their defeat to Manchester City last time out. This should be a very tight game at Anfield but the reds should come through with the win.

Betting tip: Liverpool to win the match and both teams to score ($2.05) Bet Now